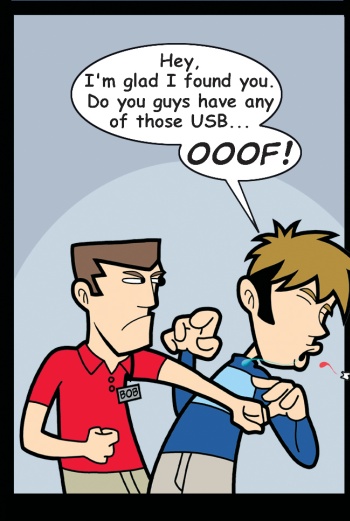 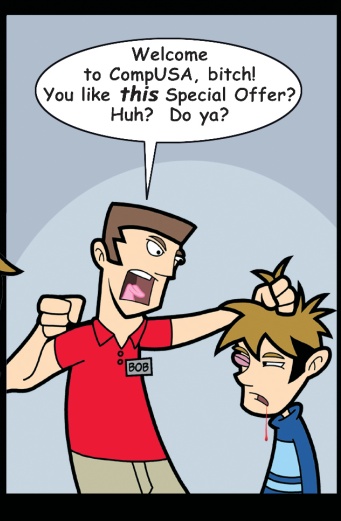 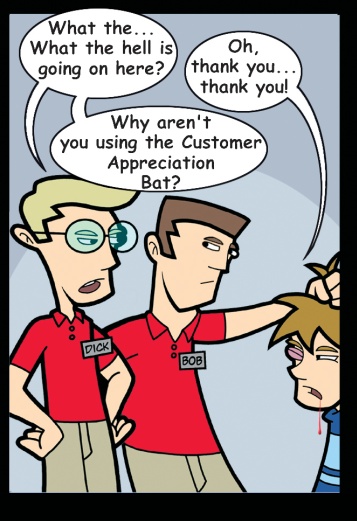 I did just get back from a little vacation down to Disneyland with my family. I am a huge fan of the place and now that lil' Gabe is almost five, I figured it was time to take him. We stayed at the Disneyland Hotel and decided to eat at a place nearby called Goofy's Kitchen. This is a really cool buffet style restaurant where the Disney characters walk around and interact with the gusts during dinner. When Chip came over to the table Kara wanted to get a picture and I expected the chipmunk to maybe throw an arm around her shoulder. I did not expect him to put both arms around her and pull her into what I thought was a romantic embrace. I said "Hey chip that's my wife man!" He responded by making a loud "Thrbbbbt" sound and hugged her even tighter. It was at this point that I noticed the other diners watching me. I guess someone raising their voice at a beloved character like Chip came as a surprise to them. I backed down and took the picture but kept my eye on him the rest of the night. In the end I'd say the food was awesome, being emasculated by a six foot tall chipmunk was not as awesome.

I have since been told that Chip and Dale are almost always played by women. This has added a new layer to the experience.

People keep sending me links to interviews with Vin Diesel where he talks about his love of D&D. I've watched a few of them and he really does seem to have a passion for the game, or at least he did as a young man. I get the impression that he has not tried 4th edition but I could be wrong. I'm not sure how one goes about getting a hold of Vin Diesel but if you see him could you let him know that Acquisitions Incorporated could really use a rogue.