This Valentine's Day, we wanted to tell a few special people in the gaming industry how we really feel. For the record, that is indeed my raw scrawl present in the amorous missive to 2015 - they're practically Goddamn hieroglyphics, seriously, and I'd like to thank the advent of Personal Computers for my atrophied penmanship. I've said all I'm going to say about Medal - you hope - but having had the chance to while away a Saturday with Gabe playing a game where you run a Golf Course, for Chrissakes, I found myself surprised at how much fun I was having. A good game is simply a good game, a concept we've already discussed - but allow me to be surprised at how good.

Paige Young - Director of Corporate Communications for Lithtech, Incorporated - was very polite when she asked me to clarify and "change some of the language on our site" regarding their product. When it didn't happen that day, she wondered why - that one's easy. It wasn't Wednesday. Aside from the fact that I couldn't guarantee you'd actually see it if I altered the post in the middle of the day, the heavy, holy hand of God would be required to budge the firm Mon/Wed/Fri tradition.

Many readers told us the same thing she did, and it's sensible enough: is it right to blame the tools that were used for shoddy workmanship? Well, no, not exactly - but that isn't the data I'm attempting to correlate. Because they have positioned their product (I refer here to the "Lithtech Engine") as a tool for those with "modest budgets," they have created a market for themselves empowering companies to cheaply position licenses and produce games that never should have been made. So, no, the tools themselves did not produce the monstrosities we associate with the LithTech engine - and while a game like NOLF proves that an extraordinary team can make the exact technology used a mere footnote, every half-assed offering that employs their technology dilutes the vigor of their brand, and their "low-ball" bid in the engine department provides fertile ground for this process of erosion to continue. It's like some Red Light District - it's not inherently evil, in a brick/sidewalk/streetlight sense, it merely provides a ready context for tawdry acts to flourish. So no, the tools aren't to blame directly for the bad games. But it's not like they didn't help.

I received an extra copy of the Warcraft III beta you hear everybody talking about, and who in hell knows why, but (in a moment of uncharacteristic benevolence) I awarded it to one S. Monkey. Though Gabe and I played Warcraft II many a night and had a lot of fun doing it, Starcraft was really our game. We weren't very good at that either, now - employing it as more of an elaborate Starship Troopers simulator - but we weren't ashamed to play it on Battle.net, for example. In the end, though, it's like the car thing I was mentioning on Monday. Though I have a fondness for RTS - superceded, of course, by a love for turn-based strategy - there is an echelon of talent that I never seem to reach in the genre, and as such I'd feel more comfortable leaving a tactical assessment of War3 to someone who has both been there and done that. Luckily, this describes Monkey to a T. In exchange for this valuable beta, I have demanded content on this topic for us to read - content which must be delivered no later than Friday. I'm given to understand that he and his partner Vrtrasura made quite a name for themselves at a LAN center called "Virtual Realms" over in Boise, and it is my hope that he can parley that into making a name for himself giving me what the fuck I asked for. As for some brief impressions, the main thing I want to communicate is that for all the talk about New Genres and Role Playing Strategy and whatever else, proponents of the classic Warcraft series will be very familiar with this package. Obviously, I'm not able to speak to the single player campaign, which may make more use of these elements - but I want to minister comfort to those who think Blizzard is trying to fly the franchise into the ground or something. Based on what's there for me to judge, I believe they have been good stewards of your trust. 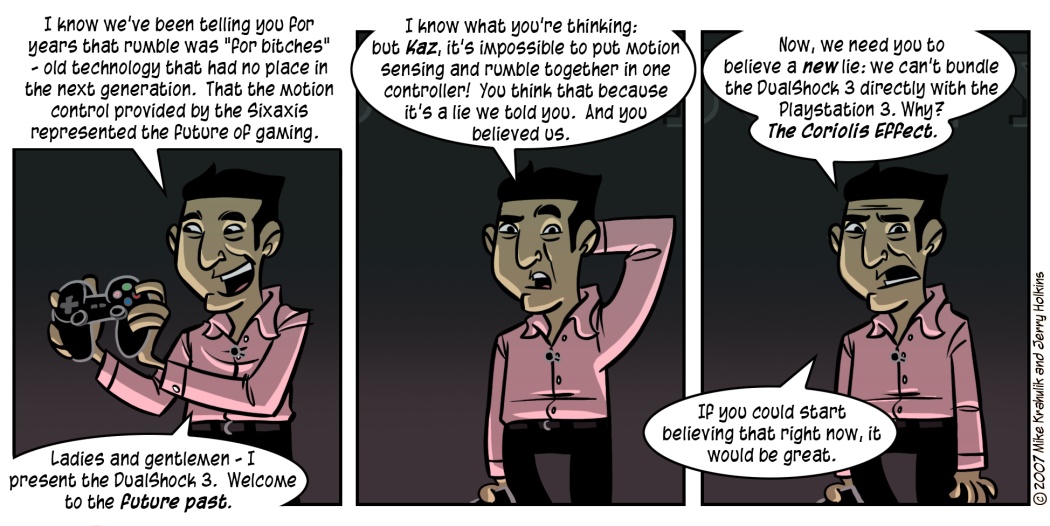 At The Corner Of Bait And Switch