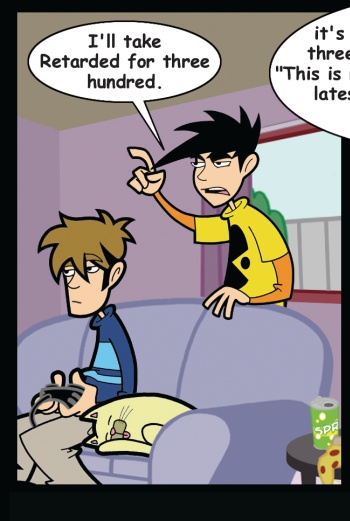 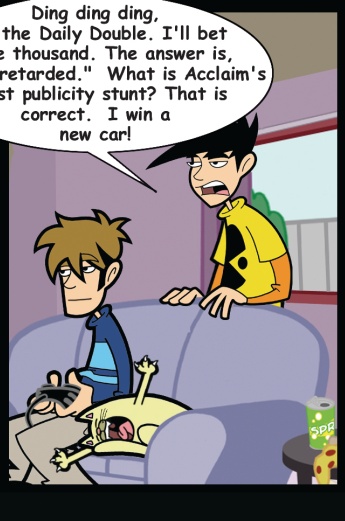 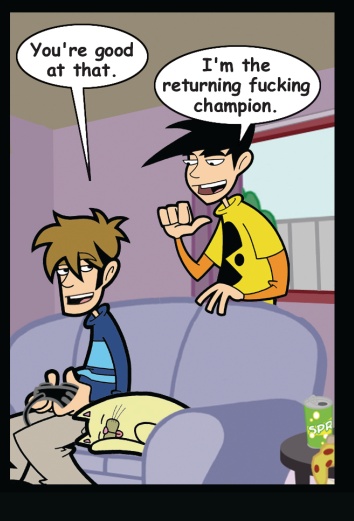 The last time we heard about Acclaim's Adventures in Marketing, they were trying to put ads on tombstones. At least, they said they were, and that's virtually all it took to activate the scandal-friendly media. In a recent, milder, more nonsensical ploy, a young man lines up fifty days in advance to get Turok of all things, thereby setting a world record. There's so much wrong with this that it is difficult to ascertain which element is the wrongest.

It's brilliant marketing, etc, been on every news site of note, but Acclaim's hand in it seems fairly transparent to me.

Now, this is all taking place in Europe, which I admittedly know little about, except Ireland. Ireland was pretty cool. I didn't buy any software there, but I'm imagining that one can pre-order that sort of thing, yes? Guarantee yourself a copy of the game somehow? I guess the issue is that I don't think a person comes up with something like this on their own, and if he did, well, that's sort of embarrassing. If I could, I would tell him that I don't think there's going to be a run on Turok stocks. I would say that the record for "Guy Who Waited In Line For Something He Could Have Just Gone In And Bought When It Came Out" ranks up there with "Biggest Jackhole," and does not represent an enviable quantity. He don't deserve an award, he needs medication. If I wait outside of a candy machine for fifty days before I put in my money and get some candy, I mean, is there an award in it for me? Because I'll do it. This is basically our position on that.

The more I considered the game for the next Gaming Weekend, the clearer it became that Soldier of Fortune 2 was the right and proper choice. I'm still abuzz from my LAN experience with it, it's fast-paced and fun, and I think it's fairly well distributed. So, it's largely mechanical matters now, which shouldn't be hard to surmount - we'll need a few decent servers, which shouldn't be hard. Set some passwords on there to ward our adventures from the preponderance of assholes. We've got a little server browser Dave wrote that runs in your web browser of all things, it's just about done, and I've been excited to show it off - having that and the IP's on a page should get people into the fracas with minimum bullshit. Hook up key players on each server with admin rights, and I think we'll be pretty well set. Gaming Weekend is a sort of stilted term, and if WAN Party isn't taken I'd like to suggest we go with that. There's so much that's good about a LAN setting that you don't ordinarily get out of online play, but if we do things right, we might be able to approximate it.

I'm, um... just thinking aloud here. I should probably do this on my own time.

Everybody had something to say about Warcraft or whatever last time, but I just don't have anything to contribute to that conversation. When I lose, I don't blame the matchmaker.

catch me a catch