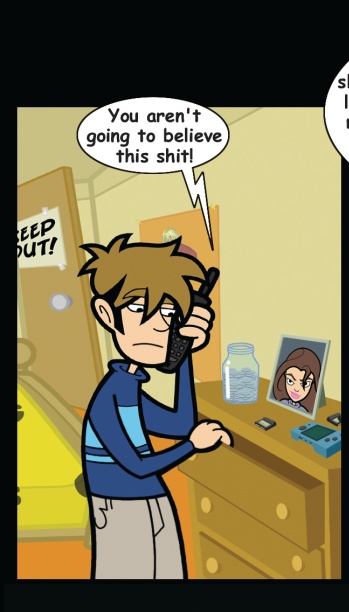 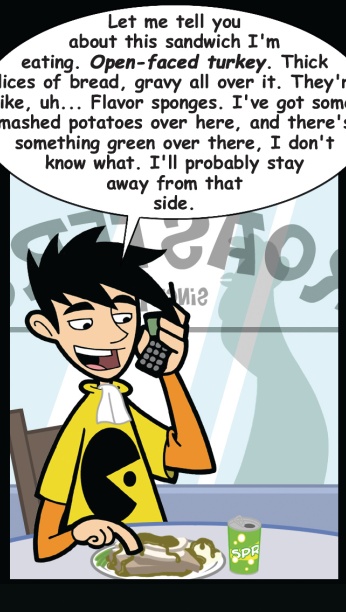 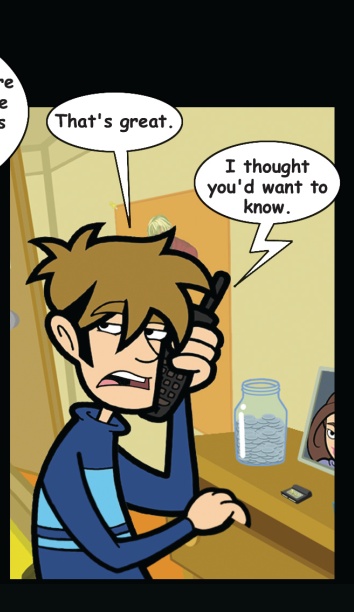 It'll be running until Friday, and I just want to give it top billing: Even now, our magical survey craves your input. People have asked why I haven't posted the results, or if I'm going to - I have every intention of doing so. It's pretty interesting. I'm going to wait until we have all the data to show it off.

Around these parts, Turkey is a way of life. I was a vegetarian for several years, but on the road to Damascus I was visited by a preternaturally tender bird. In a deep voice, he said unto me that Turkeys don't actually mind about the eating. So, I like it. I like to eat it. But that doesn't mean I want calls about it every time you have some, you know?

I want to try and defeat Dead to Rights on the Xbox before I move on to another game, but they don't make it easy on you. It's a hard game, I'd never tell you otherwise, but there's just some weird decisions in there that make playing the game feel like work. For one thing, if you thought Max Payne sported some heady prose, let me assure you that it can get worse. For another thing, and thank God it's over, the second level. So, you're playing along, doot de doo, starting to make sense of the things, and they take away all your guns and send you to jail. It's like a metaphor or something, although I think a man could have more fun in real jail. At first I was glad to be given the option of fisticuffs, until it became clear that every conflict of this type was functionally identical, and none of them were fun. When they really want to mix it up, they just give some asshole more hit points so the worst part of the game takes even longer - if they really wanted to make it interesting, they would excise it completely. You've probably read about the Disarms in other reviews of the game, but just to recap: They're awesome. Depending on your opponent's weapon, a single button press at close range enacts some devastating maneuver they typically do not recover from because they are dead. They're almost reason enough to play the game. Regardless, they seem to satisfy any kind of melee requirements very well, in that they end them immediately in a highly entertaining fashion and the gunplay starts right back up. I wouldn't mind seeing this game become a franchise, but I never want to be subjected to their fighting shit ever again.

My mail the past couple days has broken down into two main categories:

Why is there no option for the Dreamcast in your survey?

Videogames are banned in Greece!

The answer to the first one is simple - I know that if you have your head on straight, you love the Dreamcast. I shouldn't even have to ask it. The answer to the second one, well... I never did like Greece.

My friend Jon Rosenberg who makes Goats - the strip, not the ruminant - has seen fit to produce some very nice books to collect his comics. There isn't a goat in every strip or anything, so if you've held off on checking out the site because you're all goated out or something you have nothing to fear. Also, Jenny (who I met at the Comic Con) would like to share with us her fascination with tiny breakfasts.

dna strands in my hair