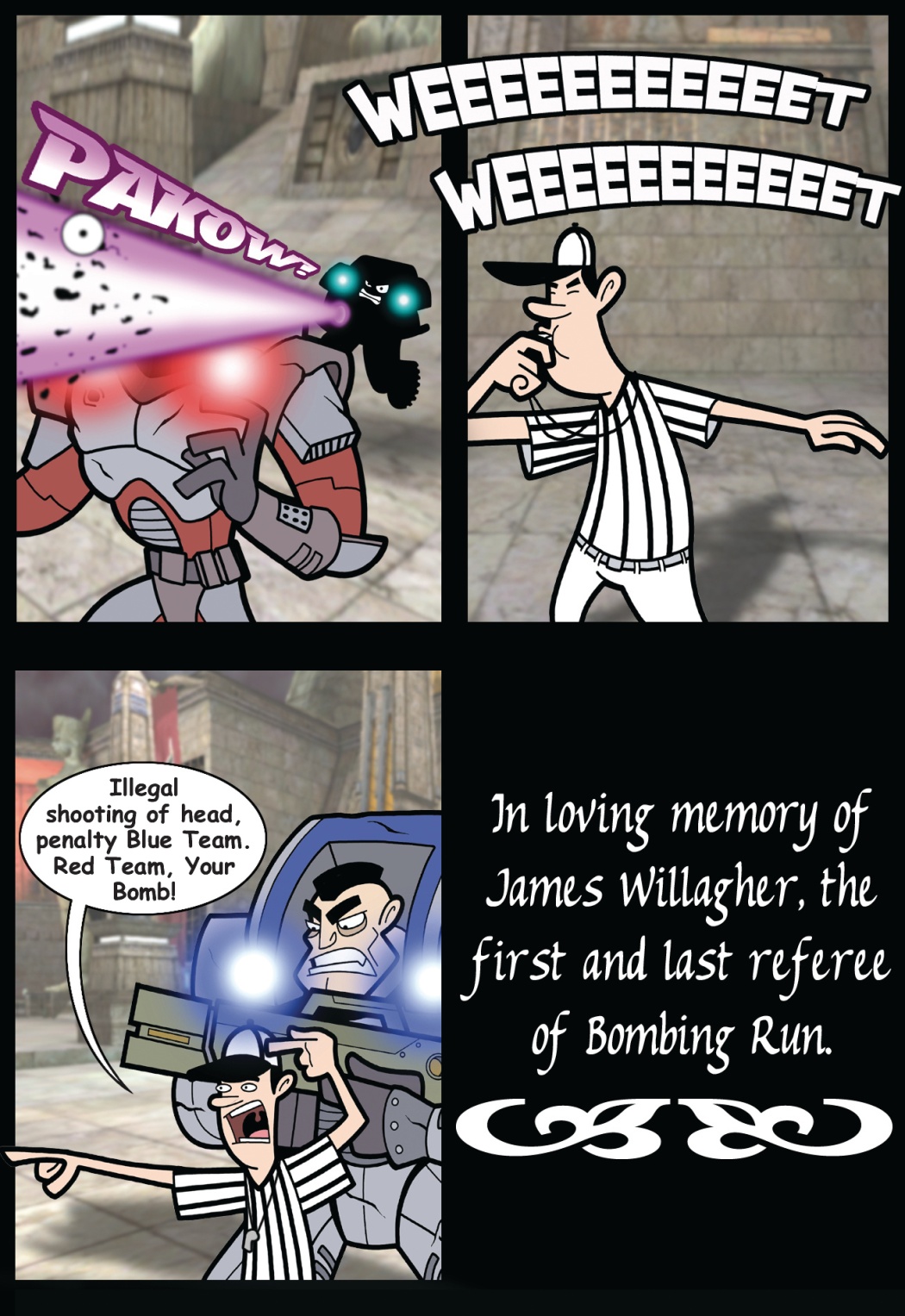 It is probably clear at this point that we enjoy Bombing Run.

I am happy to say that Bombing Run in the imminent Unreal Tournament 2003 is just as good as I hoped, if not the teeniest bit better. The CTF and Deathmatch modes might be great, but I'm not the guy to tell you. I can't say they'll get much playtime, demo or retail. Here's the basic rundown on how BR works.

Each team starts out an equal distance from a bomb in the middle of an arena. The object is take this bomb to the opposing team's goal, where you can either a) fire it through for three points, or b) run it through for seven. That is the Reader's Digest version, of course - I didn't mention that everyone is also trying to kill each other, or that the person with the ball can do absolutely nothing to defend themselves. It's very similar to One-Flag CTF from Team Arena fundamentally, I suppose, but the sports trappings add a surprising about of flavor. Playing in the middle of the night, our own Gabriel suggested that the bomb should explode after being held for ten seconds, to keep the ball moving from player to player. The alternate fire for the bomb targets a specific teammate for a pass, and is one of the more satisfying things to pull off - we're of the opinion that this should be highly encouraged, either by the means just described or some other new kind of means we haven't thought of. Things can impede the throws, big, you know, Egyptian things can, but there is enough solid auto-aim to manage some fairly spectacular teamwork. On servers with Low Gravity on, the things you can pull off in this regard are amazing.

So, it's very good. For my part, I wouldn't mind if they went even farther with the sports motif than they do - goals accompanied by player portraits on marquees for everyone to see, some fancy looking statistics, perhaps the names of those who assisted. As it stands, you score the goal now and just sort of futz around for awhile. It couldn't hurt to maintain the future sports concept throughout, and here's a genre-appropriate way to handle it. Not only do I envision myself playing a lot of it, I wouldn't mind watching it either. CTF is great, but Bombing Run's single focus point - the bomb, as opposed to two distant flags - makes it a natural for spectator sport. Also! The very, very latest nVidia drivers, the 40.really fucking shitties, are not great for UT2k3. I left them in, wondering how bad could they actually be, and back-revved to 30.82 just on a whim. I was shocked by the improvement.

In a bit of strange news, we've gotten Battlefield 1942 playable on Gabe's machine - and without weaves, medications, or costly surgery. After cleaning three viruses and removing no less than twenty-four separate instances of ad and spyware, miraculously he now has juice to spare. It runs better than it does on my machine now, which is a much better device than his in every conceivable aspect, I'm not trying to brag here but it's true, and I find that troubling in the extreme. I was going to detail why I think people should be able to spawn directly into APCs, using them as mobile forward deployment points, but I'm not sure it's such a good idea anymore. Well, I felt very smart for a couple of days at least.

i found the sure way to the ground 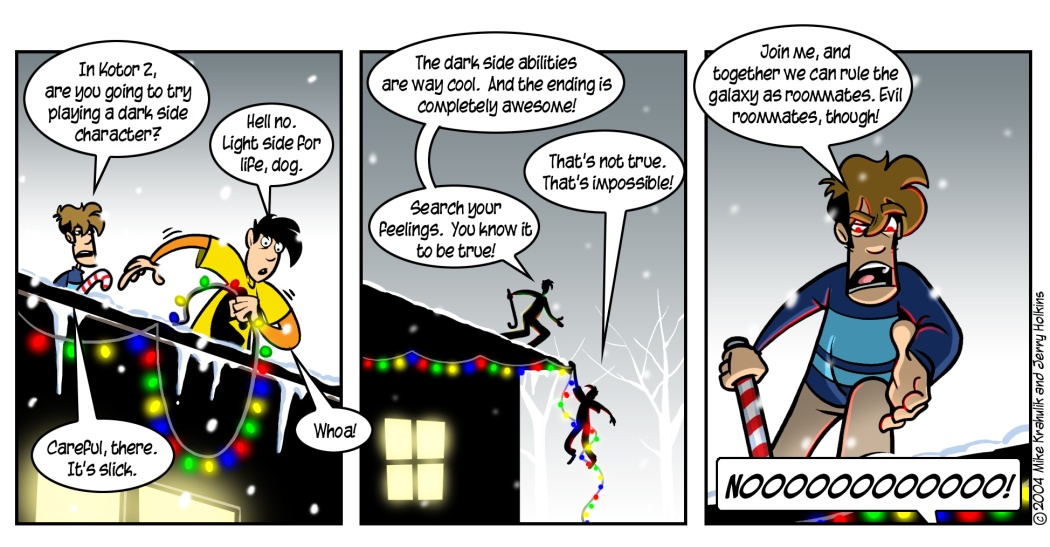