We both went and saw The Ring this weekend, and I think - if anything - it showed how vulnerable my apartment is to monster attack.

I caught the 9:40 over at the Varsity. I would see it again the next day, because it has one of the best bits of viral marketing maybe ever, but we don't need to focus on that.

Watching a horror movie in a theater on opening night is a good thing. It's like riding a rollercoaster, almost. As humans, we have some kind of organ that detects group dynamics, and sitting in the dark it is a simple matter to detect fear as it moves like a creature through the room. I don't want to say anything with specificity about the movie, because I think it's a very good and I don't want to dilute it for those half-human mongrels that didn't see it yet. Whether it's actually very, very scary or if I'm just a lightweight is up to you, but let me detail the rest of that night.

When I got home, I wasn't quite ready to go to bed. I had some questions about the Japanese books and movies The Ring is based on, and found and excellent site that filled in all the gaps. I know now that I was just trying to put off the inevitable. Our kitchen light is out, and I'd have to walk through the kitchen to get to bed, and it occurred to me that to walk through the darkness there even for a moment amounted to suicide. Fair enough. Looks like I'm sleeping in the living room. With all the lights on.

The only trouble is, this living room is like a Goddamn monster thoroughfare. I'd never really appraised it in this light, but depending on the relative psychokinetic power of the spectre in question there's about five ways in here. I laid down on the couch, and tried to cover as much of myself as I could with blanky. It would be a piss-poor demon or somesuch that could be thwarted by a blanket, but I was doing the best I could with what I had. I couldn't actually get the cover all the way around the back, which left my succulent head exposed to the hallway. Clearly this would not do, so I sat with my back propped up against the arm of the couch, with one foot on the ground in case I needed to leap to safety. My vigilance began to wane around three or so, so I found a way to lay on the floor and look down the hall, which I saw as the most plausible vector for ghouls.

I never did get any sleep, which brought about the miserable and exceedingly moist cold I'm nursing now. I still haven't recovered completely from the movie, I'm still frightened, and when I hear something behind me I wonder if I should turn around and look at it, or just close my eyes and hope it's over soon.

when try to solve it, nothing comes to mind 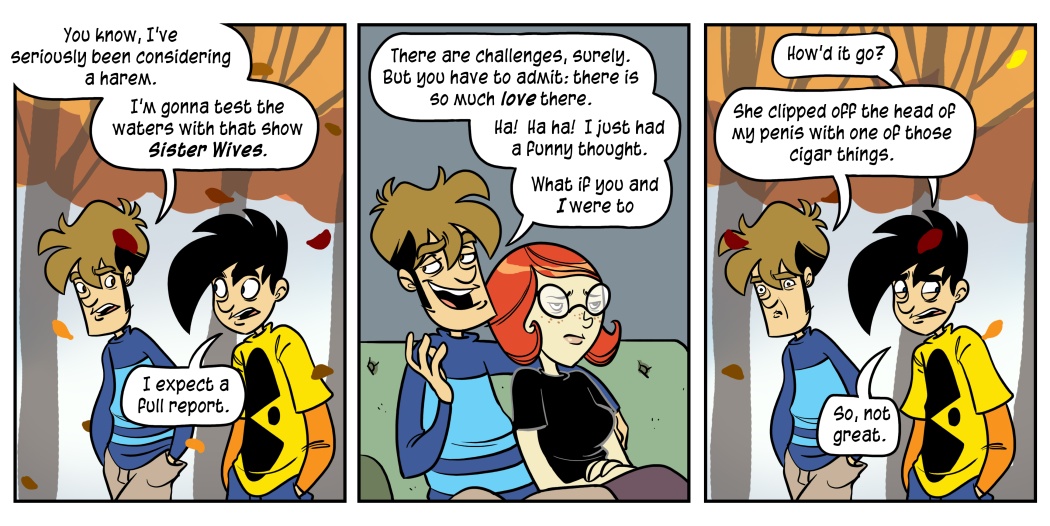