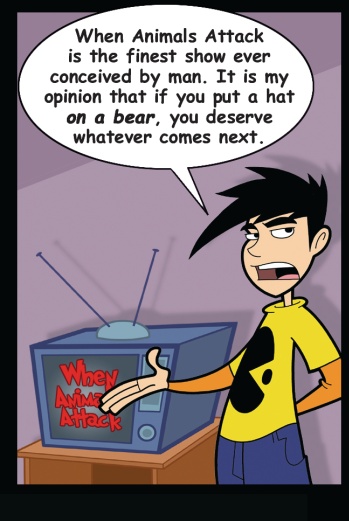 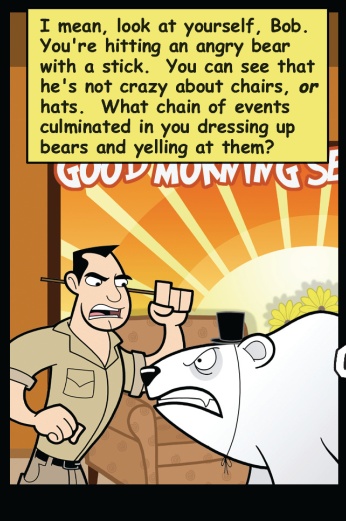 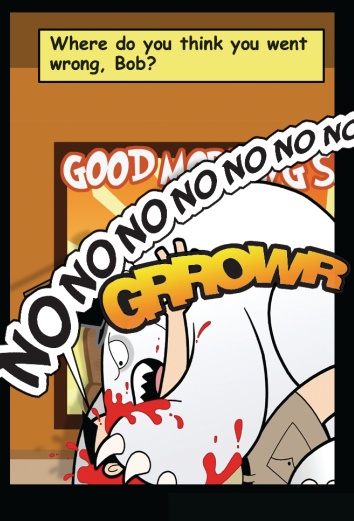 I am satisfied that this speaks for itself.

When my machine was working, the LAN party was pretty great - aside from a very brief UT2k3 interlude, two full days were filled until four in the morning with Soldier of Fortune 2. I must have said that SoF2 was the perfect game sixty times in the last two days, and I think that in a LAN situation it has some very serious strengths. The two patches put out since retail release have added eight maps, three new weapons, a new gametype, Punkbuster Support, and I've heard that it will write your mom a little poem on Mother's Day. See? Raven cares. Get seven or eight people per side, have them duke it out in jungles, urban areas, mansions, and the like, put them close enough to each other so you can hear them roar with triumph or defeat, and tell me that SoF2 multiplayer - the multiplayer it wasn't even supposed to have - ain't something special.

Too special for my machine, even. The bluescreens started almost immediately after things got underway, the excruciatingly nebulous "IRQ_MORE_OR_LESS_EQUAL," and though my initial approach was a sensible regimen of new drivers and reinstallations things quickly took a turn. When everyone around you is jubilant or morose (depending on the results of the last round), it imparts a certain desperation on to get things running again. Aside from the fact that I feel sick anytime my machine ("Czar") isn't working right, I have it on good authority that guys were trying plant a bomb on our thing, which seemed unnecessary but I couldn't do anything about it. Three or four hours into diagnosing a problem on my computer I become less of a technician and more of a shaman, and the proceedings take on a strange character. I just started flipping settings on and off. I moved the card to a new slot, which seemed to help. I told it to reset the ECSD, God only knows why, and then it started working. I doubt those two things have any connection to each other, but I want to stress to that I was in a bad place.

We played Soldier for a few hours, and once we switched over to UT2003 it started fucking up again. We decided to go back to Soldier, which had stopped working. Also, my network card went out, and on top of that I had switched my soundcard so many times that Windows XP got mad and said I had changed the hardware too much. I reset the ECSD, which I had come to think of as my Spirit Animal, but no dice. I messed around with it until four, when my ability to form real sentences was replaced with the ability to say only bad words.

Came back the next day with a new NIC from Monkey, and when we installed it we realized that screwing in the cards was actually unseating them. Who knows how many of the other problems were connected to that, but we swapped out the sound card and things were underway again. He needed his soundcard back for another machine, which I protested. I made up races, then I said that he was one of them, and then I made up racial slurs to use against the imaginary races I just made up. I suggested that his actions were typical of those hypothetical peoples. You may be surprised at this, but these epithets did not endear me to him, and he took his card back. Lo and behold, the computer started locking up again and I spent the rest of the night trying to fix it again. In fact, I purchased a Turtle Beach soundcard from New Egg at three or so in the morning, which was probably unnecessary. The entire ordeal was the opposite of rad.

Of course, now that it's at home, you know, no problems. I can play Hegemonia or AC2 or Army Game or whatever and nothing, none, not any issues. If there is a moral to this story I can't formulate it in any way that makes sense.

I was waiting for all the sponsors to get in there before I introduced them, so I'm a little late here. This is the second time they've been with us, and I'd like to thank Near Death Studios on the strip page for their support again this month. It sounded like those of you that gave it a shot back in October were pleasantly surprised with it, so it pleases me to have them back up. I don't need to talk about Mechassault anymore, because you probably already own it. UberCon was a surprise, even to us - when they asked us to get the word out, it was an easy decision. I've never been to one of the pure gaming cons because they're always so far away, but if you're up in that neck of the woods this February you'd do well to check them out.

i'm iller than the iliad