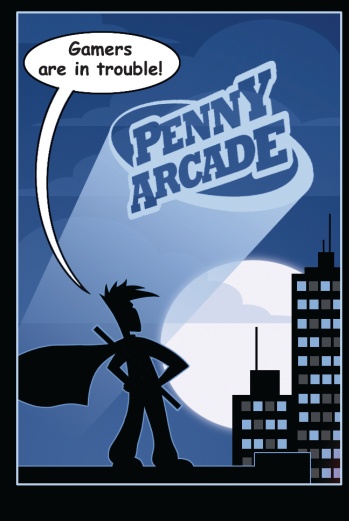 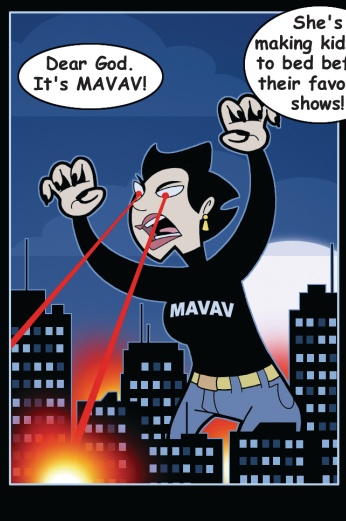 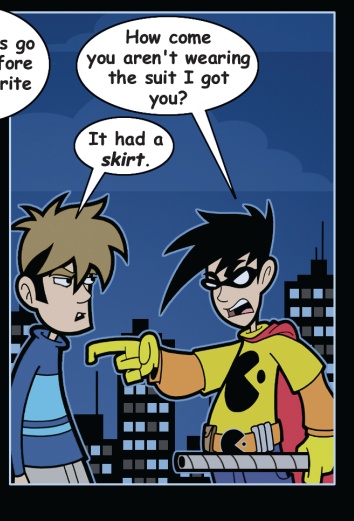 I hope you won't be too angry, we have stopped the year-end countdown in favor of a new comic. I can just tell you where things would have gone. Third is Sega's brave foray into synaesthesia, Rez, and I am glad of the opportunity to say the word Synaesthesia again. Second was Splinter Cell, universally adored by our crew - keep an eye out in March for the first freely downloadable expansion. In our estimation, Metroid Prime takes the top spot for games in 2002. God only knows what alchemical formulae were leveraged to bring it about, but it is plain that mystical forces were involved.

The awards ceremony just began to smack of continuity after a time, and we who have stood so vigilant against it were caught unaware. And besides, everyone was writing us about this Mavav thing, with the assertion that it was a grave threat, we must act, and other assorted etcetera. The signal went up, and we answered.

To the casual reader it is probably inconceivable, but at this point we have a certain responsibility to deal with issues like this as they arise. We don't always answer them a way people like, for example, a gaming site going pay is not, to our eyes, synonymous with the destruction wrought by man's final war, Armageddon. Nor did we feel the Army Game was an act of unmitigated, cackling evil. But we still need to touch on that stuff, which is to say it needs touching. We take the responsibility very seriously. If there's someone else doing this the way we do it, I don't know about them.

But as regards the dreaded Mavav, I think we have very little to worry about.

In fact, I am prepared to call it a hoax.

I hate moms just as much as the next guy, but that site doesn't have the taint of mom. It has the taint of fancy lads trying to get your blood up. No articles. No privacy policy. Some of the language and word choice rings false. The hyperbole takes a step too far, even for a concerned parents site, to hold any water.

Here is my backup plan: If it does turn out to be real and I just didn't believe it, well, that's because I've reached this, like, hyperspace, higher plane of cynicism where all reality and the people in it are a ridiculous pageant for my amusement.