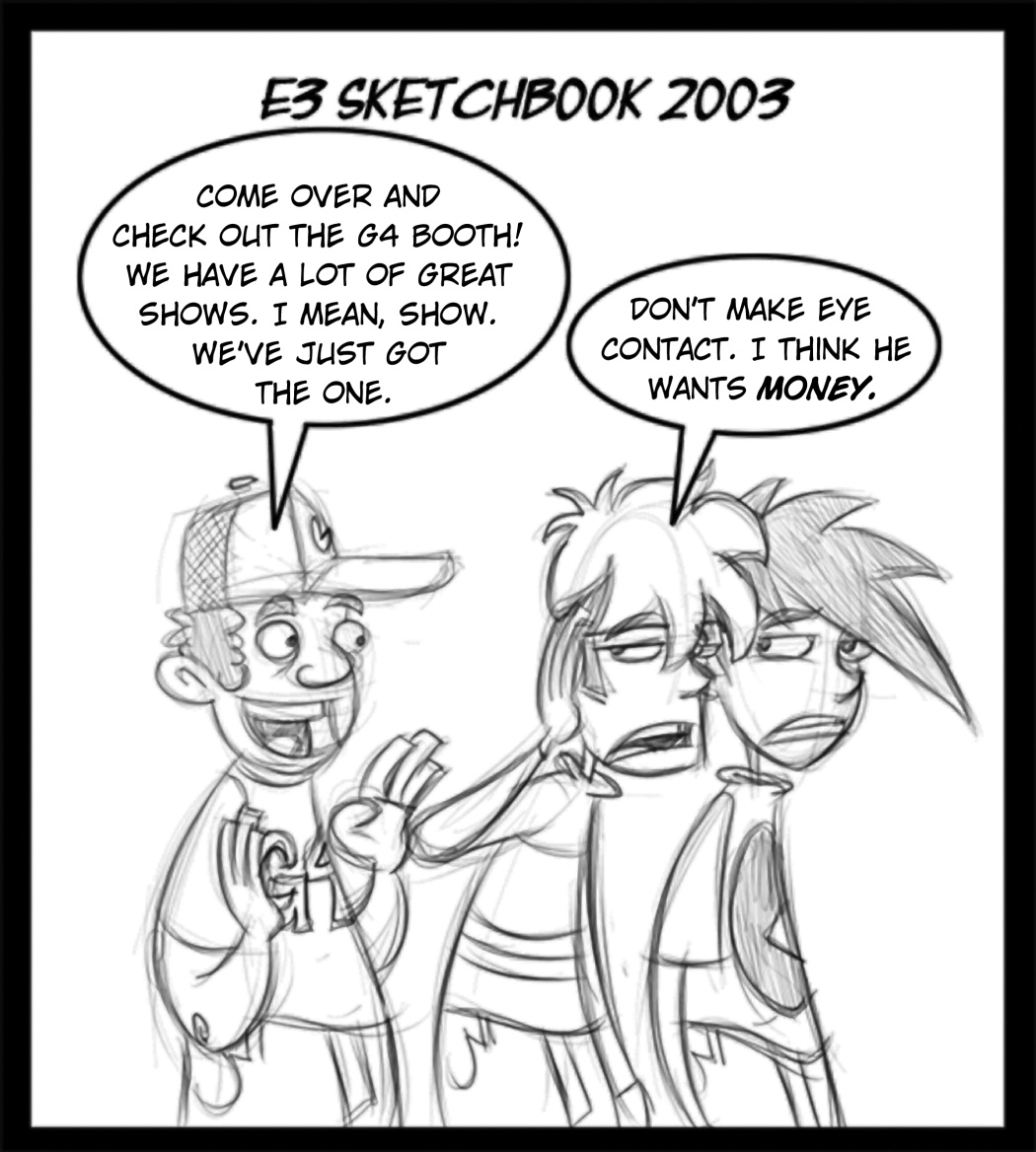 My apologies about the late update, we could not get networking to operate correctly.

There is an amusing story about today's sketch that Gabe will tell you later, either this weekend (the rest of which is pretty busy) or on Monday. I'm afraid that I will tell it wrong or forget some minor detail that he'll scold me publically for, and I simply don't need that.

I am enjoying E3 a good deal, and while I have seen some things that left me very impressed I do believe that I will wait until Monday to really collect my thoughts on this year's exhibits. They are designed like people traps, perhaps they have a bit of crumbled castle wall or something to that effect, but ironically E3 is to my mind a singularly poor place to play and appraise games. I want to get home, sit at my keyboard, and see what impressions remain potent afterward. I know that it's not the up-to-the-minute coverage you are probably getting from other sites, which I reccomend you check constsantly. Actually, it's not even as robust as it has been in previous years at Penny Arcade itself. On the other hand, I believe that the reporting (such as it is) will be of a more lasting quality, based as it is not on an effort to be exhaustive in our coverage but to communicate things of value regarding games that have made lasting impressions.

If you are going to be at the show, Gabe would be angry if I did not mention that we will be in or around the Kentia Hall cafeteria from twelve noon to around two or so, which is when we have to go talk to some guy.