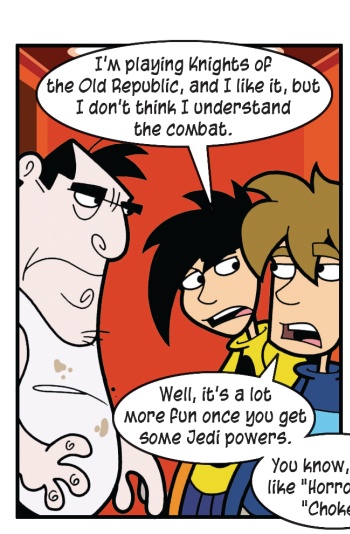 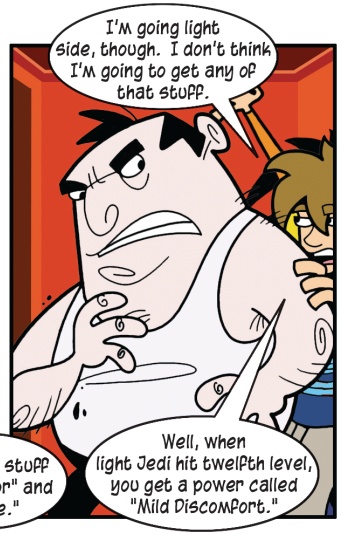 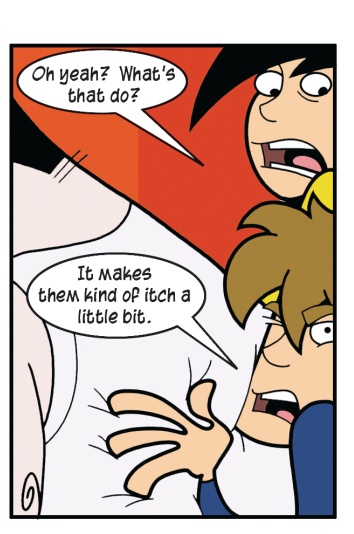 My affection for KOTOR only grew stronger while I was away, and there's no telling for certain but don't be surprised if it becomes the topic of more than one additional comic. I got back from the Necrowombicon today around four o'clock, and played it for about ten straight hours - wrapping up another world and learning some really crazy shit. I've got all these custom lightsabers for different tactical situations, color-coded for quick access. If you are a droid, let's say, and you see that violet saber come out? Let me tell you briefly what that represents. It means I'm going to make such a mess of you that people will think Jackson Pollock had been there.

This year's Necrowombicon was excellent, better than last year, even. It is primarily an excuse for like minded human beings to get together and do the things they would have done anyway. Except that this time, when [HF]Invictus kills you in Desert Combat, he's just right over there so you can flip him off.

This year saw fairly robust activity on both the LAN and gaming tables, and I tried to divide my time up evenly between them. I learned a new game called Zombies, which was great, and there were free Legend Of The Five Rings decks available for anybody who wanted them. For the first twenty minutes I played the game, I don't know if I have ever had less fun in my entire life. I got the impression that the people who made the game genuinely hated me, and had invented a process by which to convert that anger into small cards which were themselves capable of hatred. After that, you know, not so bad. Fascinating, in fact. It has a robust fiction that supports each game, and storylines are created at official tournaments that determine the course of that fiction. Like Sabertooth's Warhammer 40k card game, it amounts to a strategy game that just happens to be played with cards.

I was overjoyed to see a small group playing Shadows of Undrentide on the network, as I had assumed that the proceedings would lean toward FPS. Lean they did, of course - this was a LAN party - but I also saw Armagetron and Rise of Nations, as well as Crafts both Star and War. I nearly wept when I saw so many machines running Puzzle Pirates, which I had long assumed was my own private gaming reserve. I have wanted to tell you about it for weeks, ever since E3 in fact, but they actually told me not to. Ever since a site I linked to racked up three thousand dollars in server bills, I have tried to find out if a site even wants linking before I do it. Regardless, there is no longer any such prohibition - now in Beta, Puzzle Pirates is founded on one of the most amazing gaming concepts I have ever heard of. What's more, they actually seem capable of executing it.

I wanted to get back across the border in time to, well, play Knights all day apparently, so we had to leave a bit earlier than I might have liked. It's a pity, too, because when I went in there to say goodbye I already saw Warhammer codices laid out on one table, Axis and Allies on another, and a group of six guys already well underway on a Pen and Paper game at ten in the morning. Ten in the morning! The heart swells with pride. It is good to be among your own people.

three is the number for me