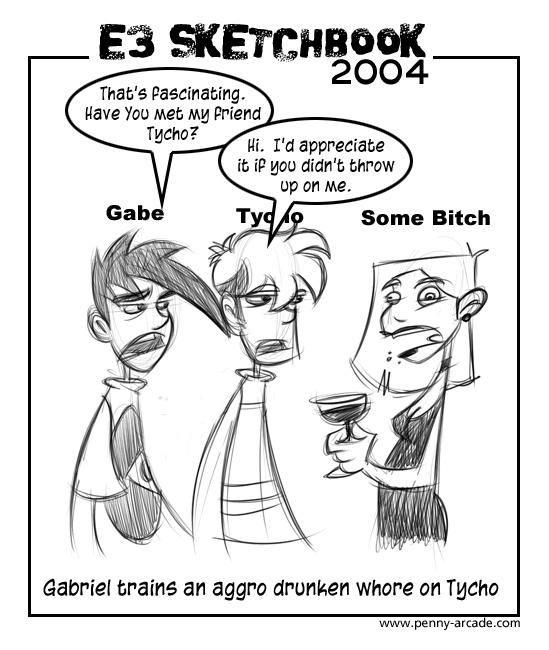 I got the comic strip drawn fairly early and I told Tycho I was gonna hit the hot tub with some friends. He told me he was gonna stay in the room and write his news post. He made it very clear that if I came back and found him asleep that I should wake him up. Well the hot tub ended up being a warm tub and when I got back to the room Tycho was of course passed out in bed. I gave him a little nudge and said "hey buddy, you told me to wake you up." to which he replied "go fuck yourself."

So I figured I'd leave sleeping beauty alone and just upload the new sketch myself. Often times at E3 I encounter a person that I am simply not high enough level to deal with. Tycho acts as my social meat shield in these situations. Like a conversation tank, he absorbs blow after blow while I stay in the background casting the occasional sarcastic remark.

We had our first of two signings at the Ubi Soft booth yesterday and it was totally fucking amazing. When I saw the line I actually got in it assuming it was for Half Life 2. I commiserated with the people around me about how long the fucking line was for nearly 10 minutes before I realized they were there to see me. We handed out the first hundred comic books in just a few minutes. After that we signed anything people brought up to us. We have another hundred books to hand out today. So if you didn't get one on Thursday, stop by the booth again today at 1:00.

I've seen so many awesome games it's hard to keep them all straight. I played a bunch of Republic Commando today along with Mech Assault 2, Full Spectrum Warrior and Jade Empire. I also got my hands on The new Four Swords game for the Cube, Paper Mario and the Nintendo DS. There were a lot of surprises this year along with some pretty major disappointments. I'll get into all that once I get home and have time to do it right.

Sorry I didn't make any of those titles links. I'm so fucking tired right now I can barely keep my eyes open. Next week we'll give you a full run down of everything we saw along with links and stuff. Right now I need to crash. 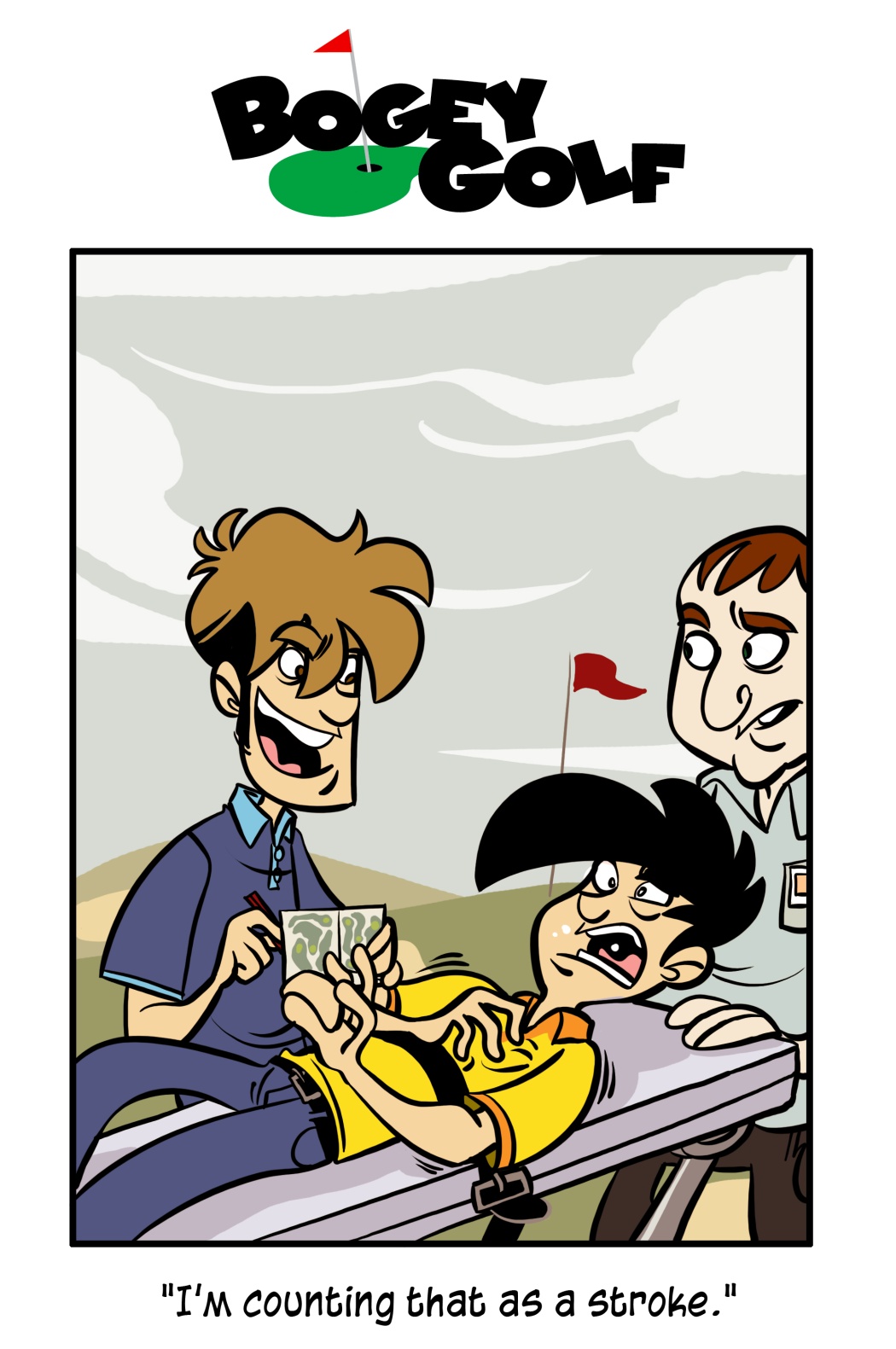