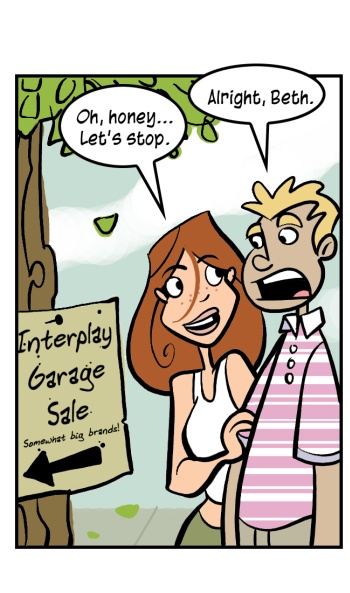 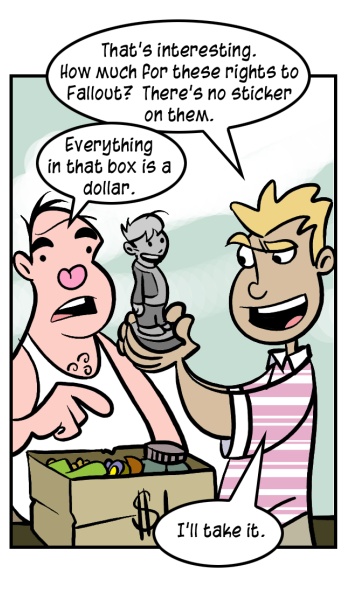 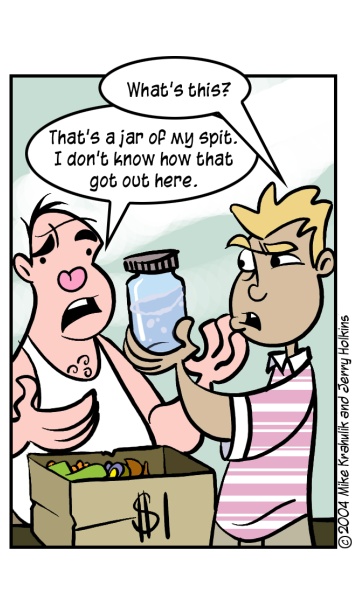 It's amazing the things you can find at junk sales.

Feel free to digest this interview with the executive producer, but chances are good you know about the new Fallout game, developed and published by Morrowind's Bethesda Softworks. Understand that this does not refer to Interplay's previously floated Fallout MMO thing - we might not know anything significant until E3, significant as in "is it turn-based" or "is it first person." This paucity of genuine data lends itself to wild speculation, but we can look at Morrowind and say that non-linear gameplay is their bag, or if not their bag itself, we can feel confident that it is at least stored in a bag of some kind.

For the same reason that I can muster enthusiasm for Half-Life 2 though I know fuck all regarding anything about it, Fallout 3 can receive the same treatment, and for the same reason - I have faith that, like Morrowind, potent content creation tools will come along with, or shortly thereafter. There is always (to my mind) a sort of challenge implicit in distributing the suite involved in creating a game, and I want desperately to know who would rise to the occasion and precisely what would result from it. Could the High Council of Fallout Forum Purists deliver the sequel they always dreamed of? I'm curious.

As far as whether or not I think the glory days of Fallout are back, would ever be back, that is not something I expect out of this new series - and that's not an insult. The original games strike me as such oddities that I have a hard time believing they ever existed, even in retrospect. I think of Fallout as a wonderful accident of history, not some endlessly refreshed fountain, I don't believe that The Fallout Spirit projects from some eternal, unsullied coordinate in the heart of man. The SPECIAL system, that old warhorse, and the post apocalyptic yet somehow naive world they baked at Black Isle is to me emblematic of a different age of PC game development, epitomized in Planescape - and it's no coincidence that both of these games emerged from the same development house.

Action RPGs took the day at the last E3, just as stylish, ersatz Dantes percolated an entire generation of leaping action stars the year prior. When I played Fallout, and its inheritor, initiating combat and managing my inventory, did I enjoy it enough? Did I enjoy it as though the preconditions for such entertainments were disappearing? There was something precious and indiosyncratic about PC roleplaying games that I do not currently detect. We scions of that heritage are aware of the void.

if by random chance one occurs to me