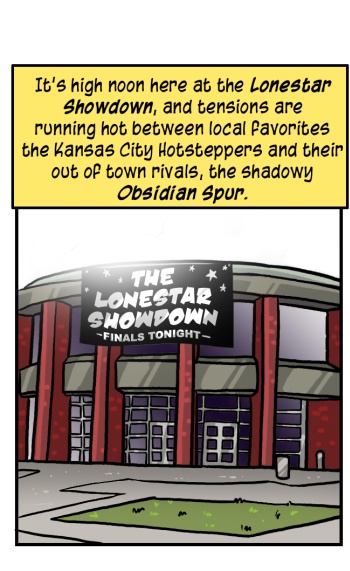 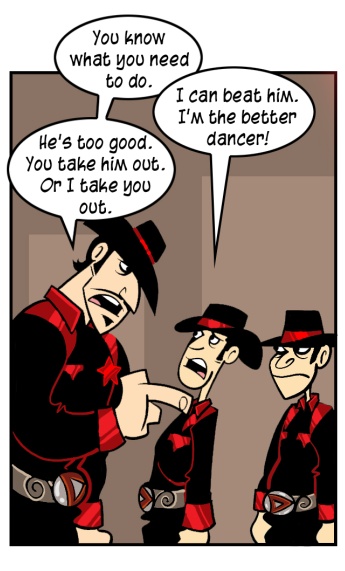 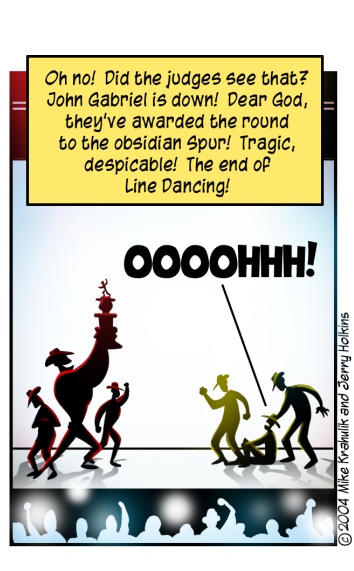 After writing what I did on Monday, you can only imagine my delight when I read that the very next day EA would be improving the situation by installing additional server equipment. Everyone on my Friends list was playing Fable, so I figured I'd leave them to it - I'll test it later and let you know if things have cleared up.

Because I only bitched about it and did not tell you why lackluster matchmaking was such a travesty, you might not understand why I spoke with such force. Given that Burnout 3 wasn't supposed to have multiplayer at all on the Xbox, and given that they probably gave three guys fifteen minutes to implement it, it's possible that I am simply too demanding as regards our finite universe. The true facts, as I see them: Xbox Live functionality, and functionality commensurate with what we've come to expect, is as much of a feature of that system as the hard disk, controller vibration, or some other inherent quality. The trouble is, what I want - for each title to conform intimately with the target machine - is probably wishful thinking these days, when they're trying to deliver a modern game on as many as four platforms simultaneously. While they are hanging from a wrought iron bar over burning fissure in the earth. And they are covered with spiders. The rigors of game development!

The online problems just served to remind me how great the single player game was, that's why it's 2:43 in the morning right now and I'm thinking I should save this file, get back in there and earn some more cars. You earn them for damn near everything you do in that game, so depending on the level you just completed you might earn a couple cars without really aiming to satisfy the preconditions. You can select a menu item and win like ten cars. Okay, that's not true. But you do earn a stack of Goddamn automobiles just for racing and having fun, which makes progressing in the game always feel incidental somehow: try to imagine a scenario in which someone paid you twenty dollars every time you had an orgasm. He just walks in there, hands you twenty bucks, and leaves. It's that ridiculous. It is as though this game was optimized in some kind of amusement wind tunnel, and anything that wasn't awesome has either been ground off or obviated with a unique polymer.

Let me tell you about the online games though, because presumably that's what I've been trying to get to.

Let's begin with Race. "Rubbing" is an important part of any racing experience, and different games emphasize it to different degrees. In this game, good wheel control is certainly a plus but putting a man over a guard rail and into the ocean is really more what we're looking for in a driver. Smashing guys and creating a wake of mangled steel for other opponents to crash into is a perverse art with a distant connection to origami. The hits feel solid, not loose or floaty as they sometimes do in other online racers. The car impacts in Rallisport 2, for example - a game I love dearly - always have an aberrant quality that doesn't seem correlated to the events on screen. That's not the case here.

Added to this you have the Crash/Crush modes. There are a hundred intersections total for you to unlock, with unique conditions and powerups strewn around - things that will multiply or halve your score, cause your car to explode, things of this nature. Once a given number of cars has crashed due to your nefarious antics, you are given what's called a "Crashbreaker" that allows you to detonate your car, which not only causes additional property damage but also lets you guide your vehicle in mid-air towards other victims or a nearby bonus. Being able to guide your burning chassis is called Aftertouch, and it can be used in the race modes to put that smoking wreckage right in front of an opponent. There's three ways to play Crash mode in multiplayer: one of them, Team Crush, is essentially a cooperative crash mode, where you both start before the intersection and try to create the highest dollar value of damage you can by doing things like hitting tanker trucks filled with flammable liquids near seven conveniently parked passenger buses. There's a competitive variation on the same idea called Double Impact. There's also Party Crash, which is an excellent social experience: up to eight players (or four teams of two) compete for the highest score, and then every player watches the best crash of that round. It's basically perfect.

The mode I was most excited about did not disappoint: Road Rage. Six players are divided into Read and Blue teams - as the intro screen suggests, Blue races and Red chases, but there's a couple twists. One, the Blue Team gets a few seconds head start to begin building up "boost," whose function I'm sure is obvious, by driving dangerously - that means cruising in the wrong lane, between oncoming cars, you get the idea. The Red team starts with unlimited boost, and they are tasked with destroying the entire Blue team before they can drive a set distance. Any Blue cars which are destroyed in this fashion can no longer win the race, but they do spawn behind the Red team, running interference for their compatriots farther ahead. Such aggressive driving is required of both teams that there really isn't a moment to consider truth or beauty. You absolutely need to destroy those cars before they run their course, or you need to run for your life against a bloodthirsty opponent and never stop.

Oddly, unlike many Live titles, you can still talk in the loading screens - that's a big plus. I won't lie to you: I cut out half-way through this post to catch a couple rounds of Race. I'm not proud of it. I'm happy to say, though, that I didn't see any server weirdness while I was in there. Playing on the west coast at three o'clock in the morning is probably not what you'd call a "high load" situation, unless you were a sardonic systems administrator. Which - and let's be honest - is probably fairly accurate.

it's not mine but i don't care