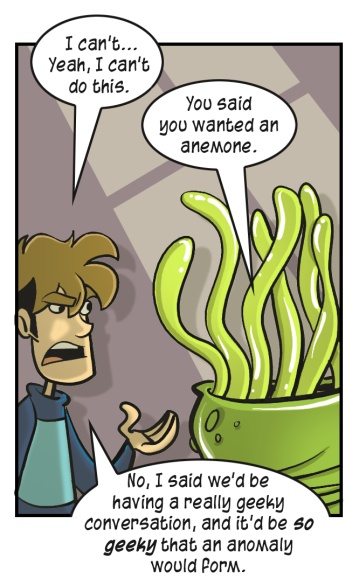 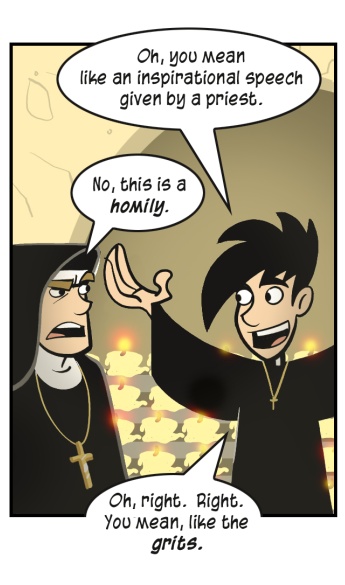 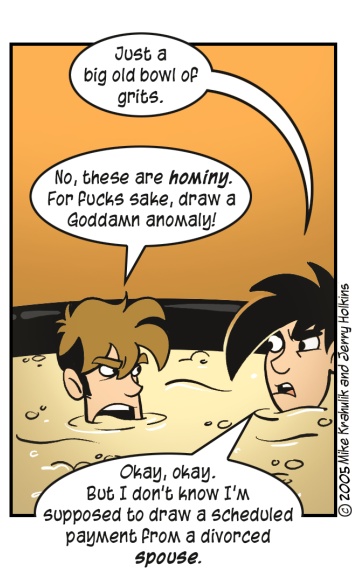 Someone told us once that comics about words were not, I repeat, not funny, and I really have to stress that such comments only serve to exacerbate the problem.

So I have finally come out of the other side of grave and terrible illness, just in time to attend the Emerald City Comic Con with a minimum of discomfort. I never understood reports that you could achieve so high a fever that you would actually begin to feel cold, but I can assure you that such tales are not fictional. I was also not prepared for the very convincing sound of war drums beat by an approaching evil army, and when my room became, for a moment, the gestation chamber of some undefinable, infinite beast I simply tried to make the best of it. But yes, Emerald City Comic Con. Very exciting.

We know the guy that runs it, which has thus far given it a sort of hometown feel. Looking at the guest list now, it would be hard to differentiate it from kind of a Big Deal. There are many, many famous and talented human beings there, but if I had to choose one to take home and hold against their will it would certainly have to be Brian Michael Bendis, who wrote Powers and Alias (among other things). He often attends the San Diego Comic Con, but the best I've ever been able to do is look at him from the showfloor. I've actually gotten in the line briefly and then left it. I don't know what is wrong with me. This is a small convention though, comparatively, and so it's possible that there will be a point where the line length is <= my resolve to stay in it.

In music news, Beck's new Hell Yes LP single is so fitted to nineteen-eighties gamer aesthetics that you may be overwhelmed by your response to it initially. I'm being serious. It's something you should "obtain," and note that I am using a value-free term to describe that process. After listening to its four tracks a few times in succession, I began to crave the "real deal" so to speak, and began to look around for SIDs, music files named after the Commodore 64's sound chip. Nowadays, of course, that term has unpleasant dead baby connotations, but there was a time where the term represented real joy to young men with modems everywhere. You can grab TinySID, a perfectly functional, clock accurate player for these ancient files here, and you can snatch up a massive assortment of the raw songs at the High Voltage SID Collection, but please be aware that I'm literally talking about like 19000 files. It might be better to search through that collection for individual morsels over at Lemon64. Some game themes I was particularly interested in couldn't find in this format, and I had to track down an emulator (gasp!) and get at it that way. You're big people now, you can figure it out.

These days, most of the tracks I see lying around tend to be videogame themes, which is fantastic, because there was some extremely compelling work in the space. Be on the lookout specifically for such marvels as Phantom Of The Asteroid, The Last Ninja, Commando, and The Human Race, which all have something important to communicate. But they also served another function - a decade before most people had even heard of MP3, it was not unthinkable to have a collection of SIDs that weren't game related at all. It was simply a music format that people used to transcribe popular songs, lyrics included. They tended to be tiny, and easy to snatch from a BBS. It was even possible, through some process I never actually saw performed, to purchase another SID and install it in parallel, which allowed for - get this - six channel stereo sound. SIDs were the only way I could listen to "secular" music and so they always had a sort of subversive air about them, but I was twelve and so I can be granted a pardon for it I hope. People are apparently still craving the sounds produced by this archaic chip, as I've noted recently that Elektron has produced a machine called the Sidstation which harnesses the device.

Rogues Do It From Behind shirt will be up at the store either today or Monday, I'll let you know if it shows up. 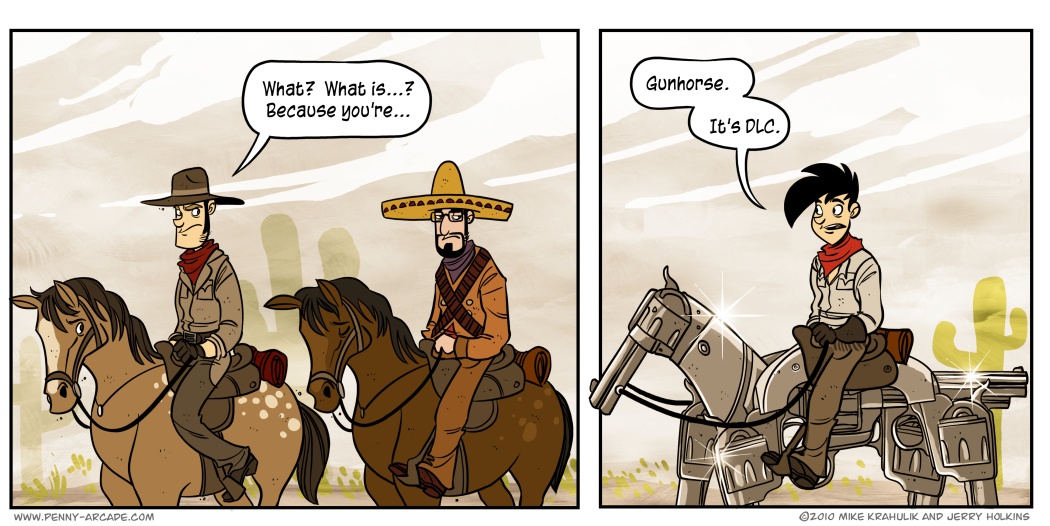