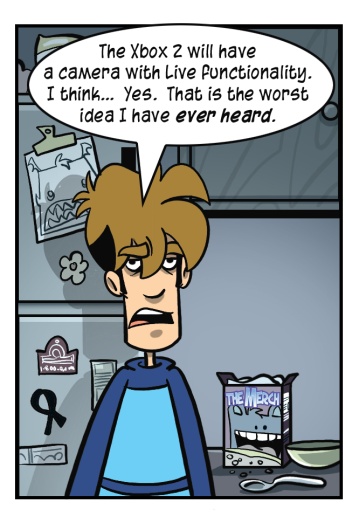 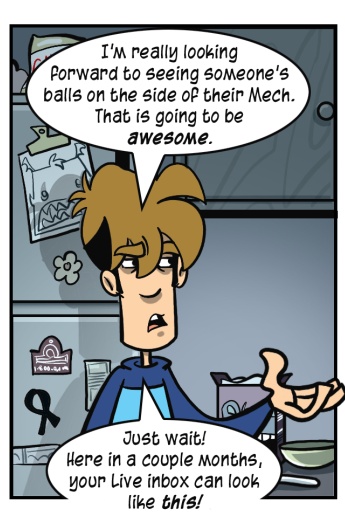 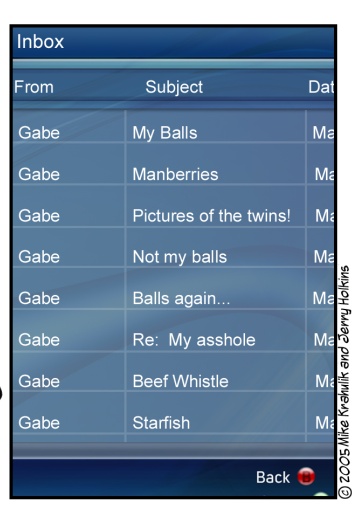 As soon as we began to hear the rumors of a camera - and let's be clear, they're probably not rumors - we almost immediately began to tremble with fear, although this feature is likely to save me a trip downtown.

I don't really have an angle on the next Xbox, though I greedily lapped up the presentation from the GDC. You probably won't see the same arc from last time, where I resisted the system and then ultimately gave in - I think they probably know they can't just kick out a Nightcaster or an Azurik: Rise of Perathia and we'll shamble over to their black altar this time. It's just fucking insane from a hardware standpoint, and they're coming into the platform with the already more than proven Live component. And then they gave away like a thousand HD televisions, and J Allard picked up a guitar and said that anybody who wasn't ready to rock should leave via one of the rear exits because he was about to "turn this motherfucker out."

It's hard to imagine how their philosophy could be more different from Nintendo's, epitomized by Iwata's speech at the same event. I really recommend you read it. He talks about Nintendo stuff in general, but it's mostly a kind of love letter to our passtime.

Jungle Beat drops today, and if you are not just joining us you probably know that I've been pining for it since the last E3. Since then it's become a full game and not just a cool idea. I need to tell you how it is similar to shooters like Ikaruga so that you are not shocked by its length.

Any opportunity I get to talk about shooters is one I'll take, but I've never explained the reason behind that fervor: it's because shooters embody the arcade mentality of gaming-that-was. Limited lives are a coin-operated, vestigial sort of coccyx in a home game. Particularly in shooters there is the idea that outside of a given score you are trying to best your own performance, get this far without losing a life, what have you. Those are pressures that exist on a console, but there is the psychic and financial component that is unique to the arcade environment, to say nothing of an arcade's inherent element of performance art. I haven't felt the pressure to be present mentally absolutely every moment in a game so intensely since my father handed me four quarters, turned on his heel, and walked directly into the bar.

A thread of that experience is present in Jungle Beat - the constant struggle to improve upon personal performance - but without the financial incentive, it's something you have to want on its own. Not everyone does. I think this idea has fallen out of favor with many people who play games: this self-directed, electronic calisthenics, and I'm choosing not to make a judgement about that. At any rate, if you are playing this game to win it you will be able to do so very quickly and without undue strain. You will stand astride it, the noble victor. Certainly you will have satisfied a "victory condition" and I could not fault you for believing yourself descended from kings. When you realize that there are not three but four crests per level, you will begin to realize the vast chasm between yourself and your supposedly royal heritage. Getting good at Jungle Beat is where the real meat is, otherwise you're talking about a "three hour tour."

After seeing those quirky initial videos, I assumed that Phantom Dust was the sort of game that had a quirky video released about it and then you never heard from it again. Not so, and 1up seemed to like it. It was brought over at the budget price by Majesco, which did the same for Guilty Gear X2 #Reload - both Live capable games, both twenty bucks. Majesco, a company whose games I typically don't cleave to with ardor, is startling to materialize as a cauldron from which odd things emerge: Psychonauts, the Double Fine adventure platformer presumed lost when Microsoft dropped it, hits middle of next month thanks to them. They also have the Orson Scott Card penned Advent Rising, part of a planned trilogy that hits in May. Other stuff too, and they're taking the PSP very seriously. I don't know when they became something that required the active application of my mind, but I have learned the lesson. 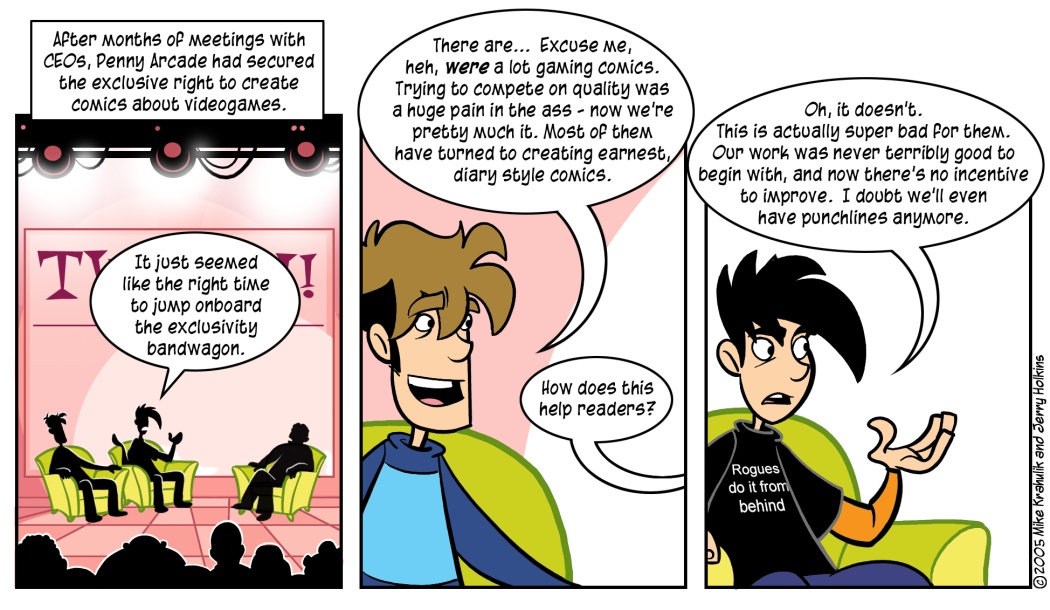