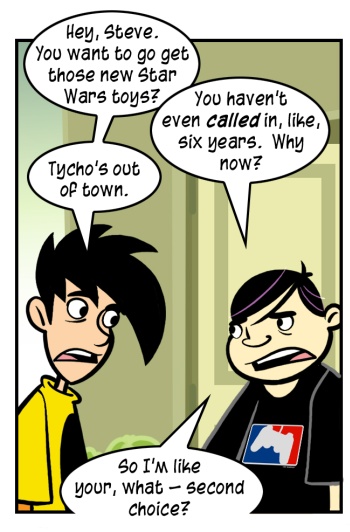 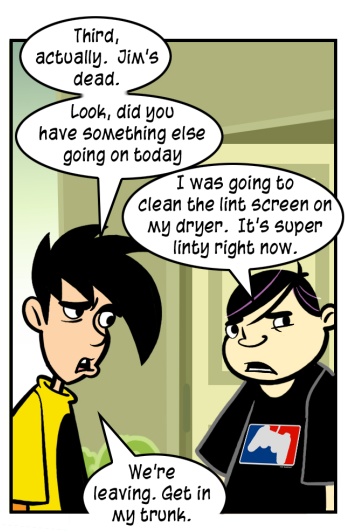 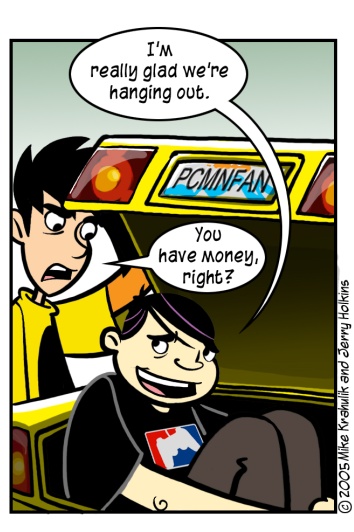 We met Geoff Zatkin when we were invited to speak at Digipen a while back. Being a person who plays a lot of videogames I'd created this image of a wizened "game designer" that was part shaman and part puppeteer, and to actually come into contact with one was intimidating. He's a nice enough guy, but when people asked us questions on the panel we would just spit up something offensive and he would respond with a series of extremely relevant statistics. To think that his art is committed largely in the tables of Excel, submerged in numbers and their relationships to one another is something that really humanized the process for me.

Ladies and Gentlemen, I give to you… Monolith's Geoffrey Zatkin. He was one of the original designers on Everquest, worked on the star-cross'd Sovereign, Everquest 2, and Matrix Online. His current game is, as of yet, unannounced.

So, I've been working professionally in the games industry for over eight years now and I can tell you – we're a funny bunch of people. As a rule we don't dress that well, geek out over "unfashionable" things, spend too much money on superfluous technological gadgets and, dare I say, might look a bit funny. Every game industry veteran I know can tell you stories of "that guy" who slept in his office, never showered and smelled... um... Or about the tester that, after 30 hours of caffeine induced productivity, purposefully downed some testing department concoction for $50 of pooled change.

We're a young industry. Nobody wants to make anything second rate so we inevitably take on wildly ambitious projects. We also have some genetic inability to schedule accurately and therefore end up working massive unpaid (since most of us are salaried) overtime. Some people that went to business school take advantage of this and turn game industry workers into slave labor. And don't think I'm just talking about EA. Your industry heroes work like dogs too. Ask a Blizzard employee what their "core" hours were for the last year+ before WoW launched. Or a Bungie employee leading up to Halo shipping. And those are the lucky ones. For every studio that turned out a brilliant game, multiple other teams of equally cool people ended up wasting years of their lives working on games that never saw the light of day, came out stillborn or got pushed out early and died an ignominious screaming bug-filled death.

Don't even get me started on the core work hours for Japanese studios.

We're young and we're stupid and we work too much. But now some of us are getting older and a bit smarter. We try to plan our schedules better so as not to alienate our families. But there are a lot of people that want to work in the games industry – so if you won't do it, someone else might.

So we try to schedule better AND put out quality stuff.

The average price of making games has been escalating rapidly. Too many features have become standard (multi player, obligatory tools for player made content, matchmaking, cut-scenes, transforming donkeys, etc.), the caliber of graphics has risen (ironically, teams are getting bigger AND games are getting shorter because of how long it takes to make the higher quality art) and a myriad of other market factors. Nothing you buy from a store was made by a few people in a garage anymore. It hasn't been for years. One of my buddies was speaking to a high school class a few weeks ago about the game industry. After a few moments of disconnect, she asked the class what they thought the development cost of the last GTA game was. Most students thought it was around $500,000. She informed them that they were short about two zeros.

And some of these games make a ton of money. Most of them don't. And for the hell we go through, most of the industry doesn't pay that well. There are exceptions – some people make out very well. But let me warn you in advance – most of us don't exactly drive Ferraris. Don't get into video games for the money. Do it because you love games. If you want to make money in the industry, own the company. Create a good new IP (intellectual property) that appears in a single well received game. Then sell your company (and the IP) to a bigger company (like EA). Then leave. Don't stay – it will break your heart.

Or better yet, be a publisher.

I'm a lead game designer. And no, I don't play games all day. I play games at home in the evenings, trying not to piss off my wife because I'm spending time with my mistress (i.e. my computer) and not her. Watching me work is boring. I'm either writing something in Word, juggling columns and mathematical formulas in Excel or mocking up exciting diagrams in Visio. If I get really crazy, I might Photoshop something up to show an artist what I'm talking about. The "lead" part of my title means that I get to spend about 25%-50% of my day reviewing my team's documents and scheduling tasks so that we don't hold up the other departments. Then I sit in hours of meetings to make sure that everyone understands the design… and to learn why the programmers, artists, testers, producers and even other designers want to string-up me up this week. If I'm lucky, I have time to walk across the street and get a mocha.

At PAX this year I was a judge for their "pitch your idea for a game" sit-in. I got to break a lot of hearts by telling the audience a very sad fact – that in my 8+ years as a professional game designer, not once has any boss of mine ever asked me for an idea for a new game. Not once. Again, unless you own the company, you get assigned a project (or jump ship to another company working on a game that sounds interesting). Sure, I've helped flesh out any number of games from concept to fully realized design. And that's the hard part. Coming up with a good idea for a game is like coming up with a good idea for a novel. Everybody does that. But very few people have the discipline to sit down and write the book. The ideas are easy – the execution of the idea is the hard part.

The burnout factor is high. Like writing a book, there are a lot of people that half way though a project throw up their hands, burn their computer, shave their dog and trek off to outer Siberia to live the rest of their lives as hermits.

So, to summarize, we're a young industry full of pale, egotistical people that dream up ambitious games, work impossible hours and sometimes smell a bit funny.

God do I love it.