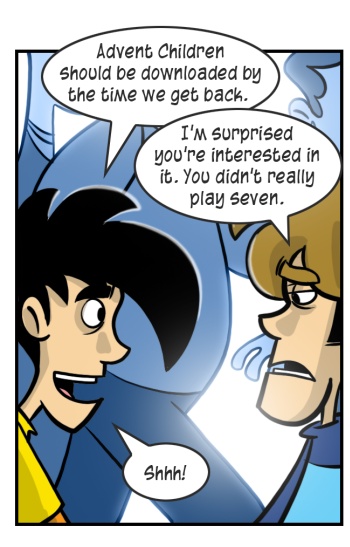 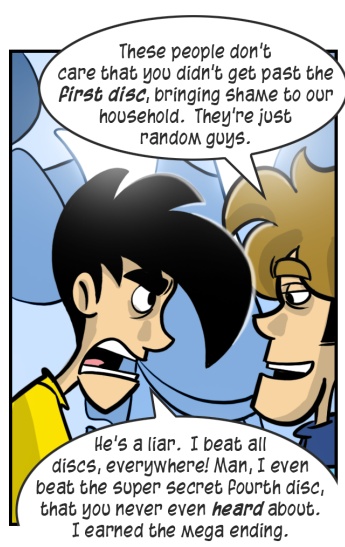 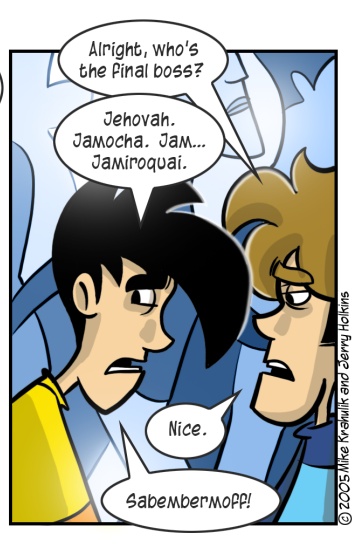 Advent Children did arrive, just as he suggested, and clad only in a masterfully constructed fansub we dove headfirst into a liquid pool of concentrated fanservice.

It should have a warning of some kind on it, when it hits retail. Something like:

This film contains scenes that may be totally fucking awesome. Your favorite characters may be rendered in extreme detail as they take part in mind-blowing battles set in familiar locales. Futuristic scabbard/motorcycles might be depicted in a way that makes them appear sweet.

Then you'd at least have a little heads-up. Even coming into it as I did, with full knowledge of that we were about to receive, I was not prepared for the old emotions to thaw thus and then boil. I'm sorry if discussions about pirated materials agitate you, if you were able to resist it than you're just a better person than I am. At least now you know you're waiting for something good.

Something else I managed to obtain early, this time sort of but not really quasi-legitimately, was Indigo Prophecy. It was not through anything you would call official channels, a review copy or something, so feel free to trust what I am about to say: nine hours in, they have made good on many of their promises.

There are some things I really don't understand about it, strange things that may just be the result of the odd prism through which American culture is viewed by people from other countries. For example, and understand that I am only speaking about my own experience here, black people do not have a soulful soundtrack that plays when they walk from place to place. On more than one occasion, New York detective Tyler Miles has been the locus of some invisible, unexplainable funk festival.

There have also been a couple (to my mind) sort of egregious "mini-game" intrusions to my otherwise somber and sensible supernatural thriller, but all that means is that from time to time Indigo Prophecy devolves into something we'd expect from a videogame.

is everybody ready for the single