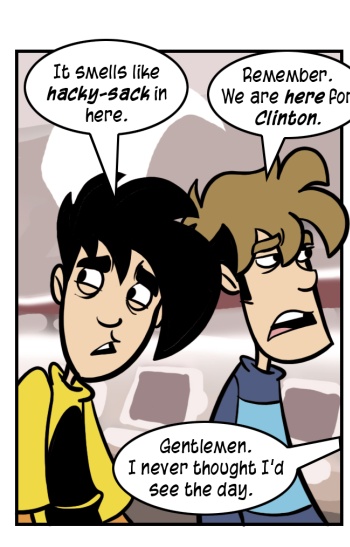 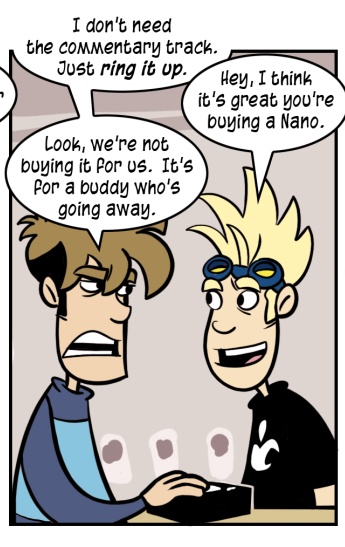 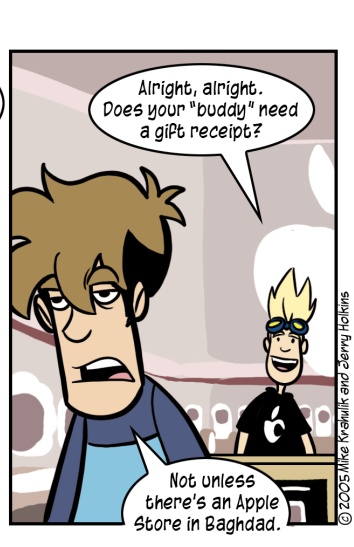 We picked up an iPod Nano for a friend of ours who is heading out to Basic Training. What I told the clerk about his ultimate destination might have been a bit presumptive. There's also Afghanistan.

Clinton doesn't like spiders. I told him they've got a spider over there that is so large you can saddle it and ride him around. I also suggested that I'd heard soldiers stationed in Iraq were living in the shed carapaces of these apocalyptic beasts, specifically in the thorax. He only looked resolute. He looked like a man with the strength and determination to sleep inside a giant arachnid. I had never seen this Clinton before. Was that the national anthem I heard? The profile of his face was tall, and cragged - a thing you could climb.

Every time I try to capture what is so amazing about him, and I have been attempting it for longer than I will admit, I get the feeling that I am eulogizing him.

One of the first things he ever invited me to was Karaoke, not Karaoke Revolution but just regular old mortal Karaoke, and his send off was at the same place. This involved his friend Brandon signing him up to sing songs that were far too high for him, indeed, too high for any whole man. There are eunuchs who could not manage these songs without difficulty. He hit notes that made my own testicles shiver with fear. One of them tried to make a tiny noose with the Vas Deferens and hang itself right there in my scrotum.

Clinton Peterson spent his time going from group to group in attendance, mediating wrongs and making peace. He really held his shit together until his sister lost it, at which point other people lost it. Not me, though. I'm writing this, and it can end any way I want.