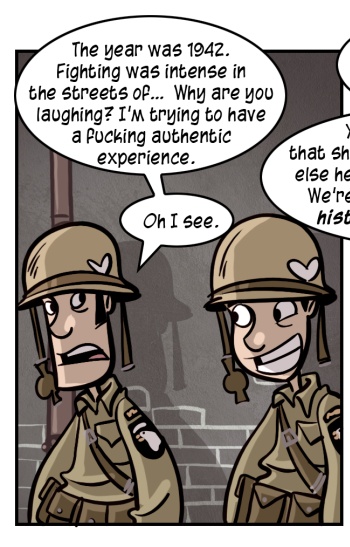 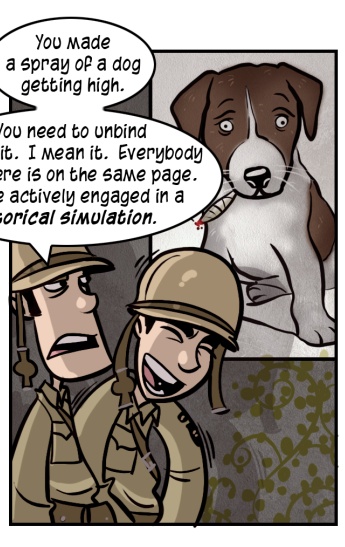 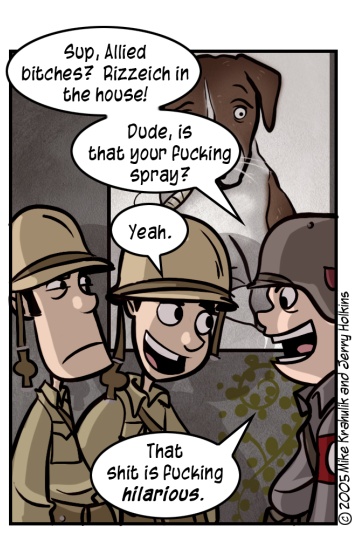 I have yet to join a Day of Defeat: Source server that even allows sprays - but Gabriel tells me that such things exist. I have a picture of the dog itself, separate - I'll try to get it converted into a spray for you to abuse in other Source engine games.

I'd already seen Serenity before this weekend, but of course one must see that sort of thing again. I don't know that I ever went into very much detail on it. The opening weekend did not resound, financially speaking. I think that it is a good enough film, but because I find more Firefly infinitely superior to no more Firefly, the pure mathematics of it are saddled with a strange weight.

It is a good movie. It is not a good movie to open a franchise with, this much I will tell you plainly. It is designed to complete the series first and foremost, which is fine for series fans but perhaps less fine for the hapless relatives they drag to it. It's best to think of it as the culmination of threads already introduced. It was not the rambunctious introductory romp, not the grim cliffhanger. I got the impression throughout that I was watching the "third movie," with the broadcast season in aggregate comprising the first two virtual "films." Really, all this means is that you should watch the series first.

The movie has another purpose, in my opinion, but that would be telling. Maybe after there's some faith that most people will have seen it, we can discuss it. But I think it serves Serenity as a storytelling context very well in the long-term.

As for the opening weekend not "sizzling" or whatever insider term is appropriate, I think it's wrong to think of the take from this film in the ordinary way. Firefly fans and their converted throng are the sort of dependable support a studio dreams of. I imagine the films performance will be much more sustained than they expect, and then the DVD will freak the fuck out sales-wise, etcetera. Honestly, they should have just started with the DVD, a lesson some studios are beginning to figure out.

If you are ever tasked with installing insulation, I must urge you to be careful of the nails they the roof guys pound through the roof. They are sharp for real.

tell them i ain't coming back