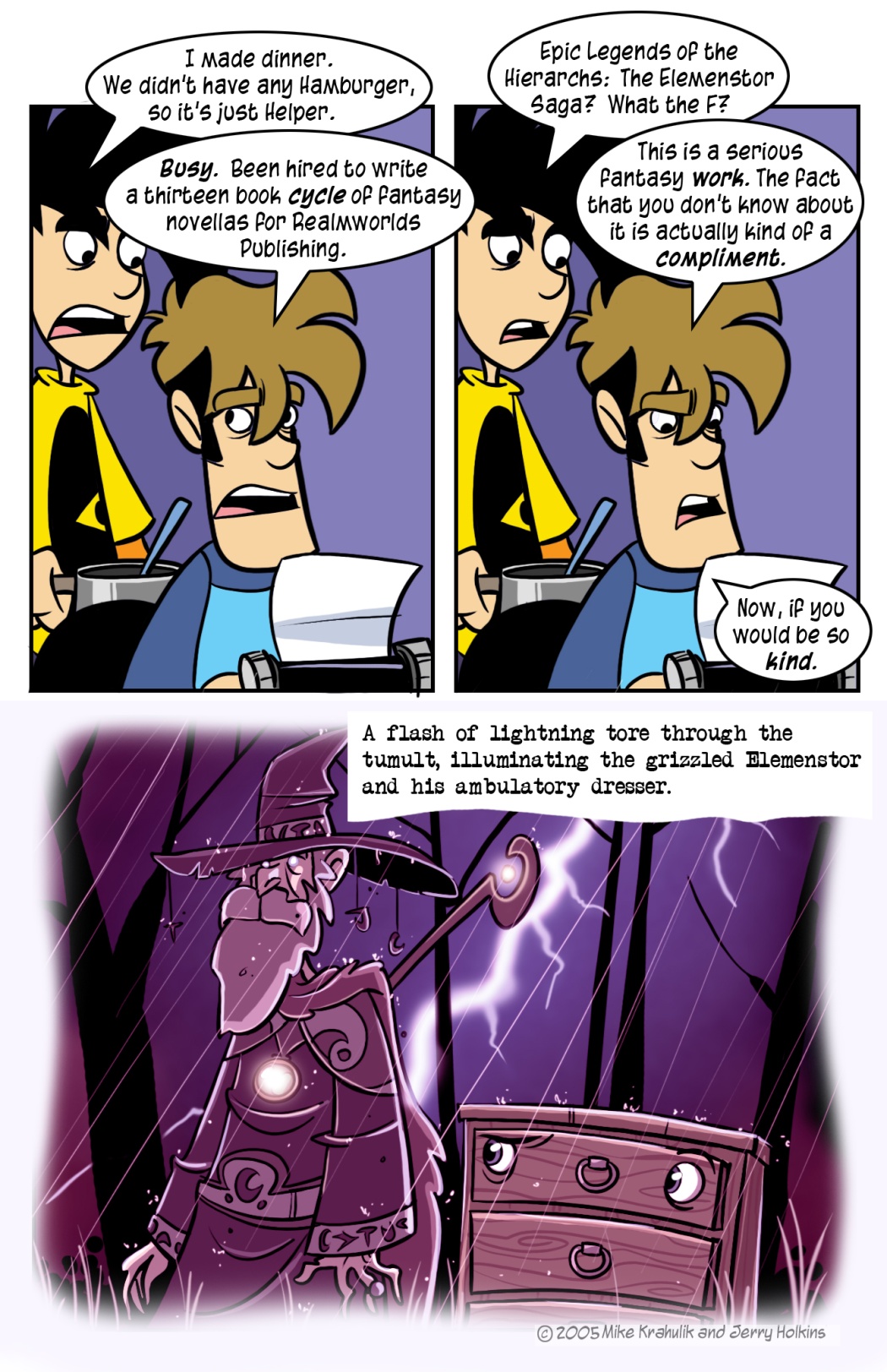 Still having some database trouble with the old site as we get the new one in place, it looks like - the comic will be up shortly.

So, as you can see, I've supposedly been "granted a contract" to write several novellas based on Epic Legends of the Hierarchs: The Elemenstor Saga. This is a "popular franchise" that began life as a CCG but now has a boardgame, a pen and paper variant, a Saturday morning cartoon, a series of limited edition busts, a CG animated direct to video feature, and upcoming MMO and a line of "totally street" hip-hop fashions - all of which strive to remain canonical.

This week I'll be populating an extremely sparse wiki with a few of the basic touchstones of the franchise and its timeline. It begins with the birth of the first Magic Sword King, Ronard - and it culminates in the betrayal of Princess Crystalcrown at Mount Wor. There are other items in the middle there - like the discovery of High Elemenstation by the wizened Harbinger Portent - but there is also the execrable (some might even say blasphemous) Wizbits, an ill-advised foray into tween programming where four young wizards and their collectible familiars introduce no less than fourteen retail products per episode.

Anyway, the idea is that collectively we will have a body of bizarre and sometimes savage fantasy criticism - and when forces beyond my control alter my life irrevocably at the beginning of December, we'll realize some of these things in strip form. For the purposes of the metanarrative, assume that the thirteen novella (ahem) cycle has been completed, you're welcome to sketch out "Tycho's" indulgences to their most horrifying degree. And since we are all "experts" on the subject, polite but somewhat stern disagreements on the "rich" subtext are encouraged.

More information about that Sony Rootkit stuff here, if you want it, and a response by the company who developed the software here. I don't want to become an online radical who repurposes his "blog" toward digital justice causes, but God Damn.