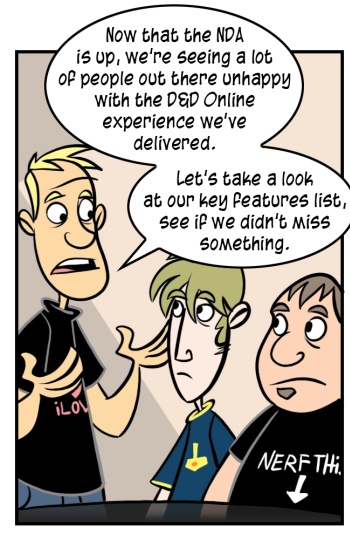 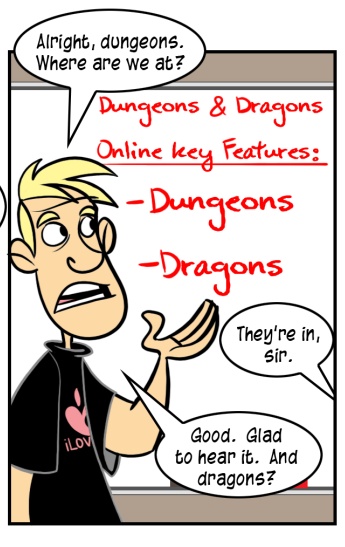 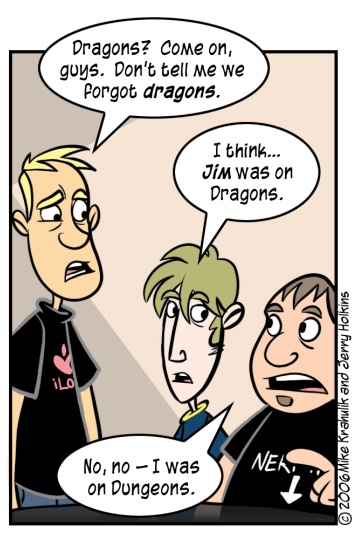 I didn't think D&D Online was quite as bad as the comments I've been reading - it'll be interesting to see what Turbine does with the "feedback."  Of course, what I'm playing isn't done, but there are some things in there that I like.

Many games have instanced dungeons now, and then you have games like Guild Wars in which every square foot of the game is instanced, but they don't handle it in the way that DDO does.  When you enter the dungeon, there is a disembodied "gamemaster" that fills in little details and builds tension.   What's more, these areas tend to be more acrobatic than their counterparts in other games:  one jumps and climbs, devious traps must be avoided.  These things combine to make it seem like you are going on little adventures, which is, I assume, the whole point.

Of course, these are all places which must be constructed, plotted, and populated by hand, and even with three separate difficulty levels you can choose maintaining a high-pressure stream of content that can satisfy a ravenous playerbase seems like a tall order.  I think they legitimately are trying to create style of play which is outside the mainstream of Massively Multiplayer games, and that might actually be their problem.  It turns out that I actually like constraining spell usage to a certain extent, I think it could lead to some truly epic confrontations.  I imagine that - on this and many other points - I am in the minority.

There are experiential things about the game that need work:  I can't stress enough the value of a consistent, attractive, customizable interface.  If your UI does not look as though it was hewn out of raw granite according to firm usability principles, it needs to go.  I hate to compare it to World of Warcraft, and I'll bet they hate it too, but that's resplendent lord of the genre.  Take everything else off the table.  The way that a player interacts with your game needs to feel confident.

I feel like I've played World of Warcraft, and now I would like to play something else.  You might expect me to be dragged into recidivism on that score one more time, the Burning Crusade perhaps.  DDO has some neat ideas, but the presentation of the game's functionality needs to clean up a bit before I'd commit to it.