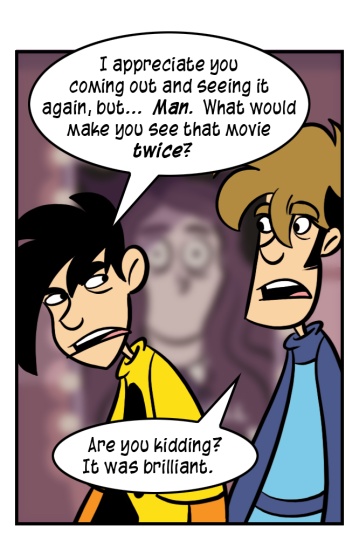 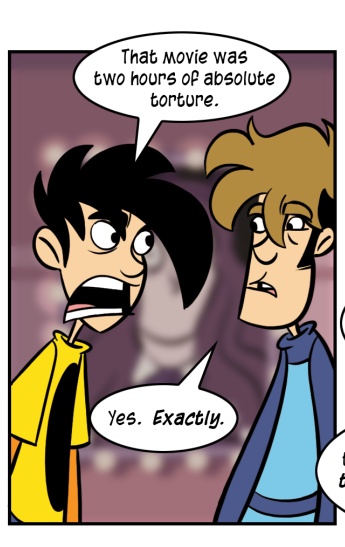 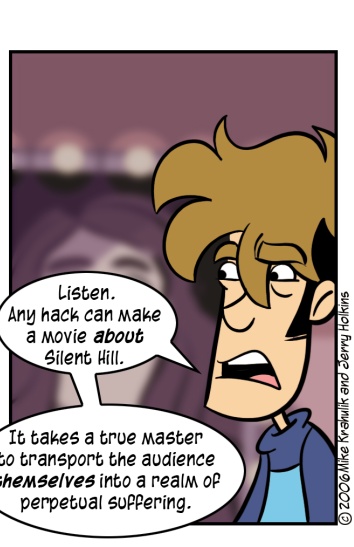 When last we spoke, I was considering the timing and severity of my punishment. You see, I'd just won some kind of contest to see Silent Hill early, and I'd gotten it into my head that the universe would do me some injury for it.  The turnaround on this one, cosmically speaking, was brisk. I was not yet prepared for the idea that the blessing and the curse might be concomitant.

You might have seen people say that this was a good movie, or a faithful representation of the game, and I would urge you to disregard anything those people say in the future about movies or, indeed, any other subject. Silent Hill: The Movie evokes the games without accurately expressing them - to the extent that the movie succeeds at all, it is because director Christophe Gans has mastered the series' visual lexicon.  It was weighed down by a faulty script, a terrible kind of smudge across the sheet, but brilliantly directed. It is in this way that it most closely mirrors electronic gaming in a general sense, though (ironically) not Silent Hill, in that it is the sterling execution of a poor narrative.

It's alright if a person wants to enjoy it, so long as they do not lie to themselves and others about the film in aggregate. One can exert their will and emerge from the film with whatever nutrients exist in that barren place. In the same way that a telescope cannot be made to examine itself, I believe that writing in a way can't be used to examine the dialogue of this movie. There is something foul about language after what this writer has done with it. Roger Avary, who PR flacks were quick to establish as one of our own, should go to prison. Not forever now, just for a couple hours, so that he can feel what it was like to languish in that dark theater.

The story for the first Silent Hill is what I would call "complex." It is not ready-made for the mass market. It is ambiguous in some ways. In short, it is the sort of story that a person like Roger Ebert might assume doesn't exist anywhere in gaming. This movie won't change his mind, because much of the subtlety and perhaps even the core ideas have either been stripped out or "seasoned" to appeal to the idiots they imagine will watch this thing. I say "idiots, etc." because this is a movie that feels the need to repeat two and three times what is really the most basic Goddamn information. There is no trust whatsoever in the viewing audience, which is to say you, aside from he absolute assurance that you will be snared by the carefully created mythology that this is "the faithful videogame translation."

The concepts communicated by the second game are far more digestible, and would require no idiot scribe to chew every detail to a paste and then spit it in my mouth. If Silent Hill must, must be a Box Office Entity, there are ways to manage it that do less violence to what it represents.