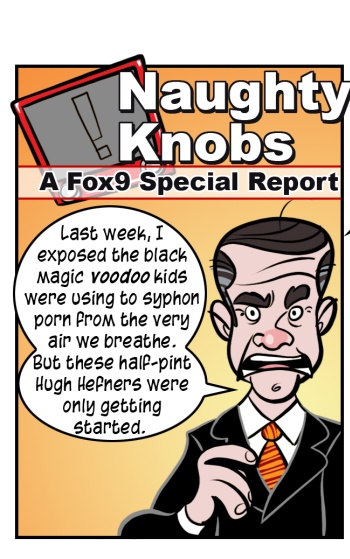 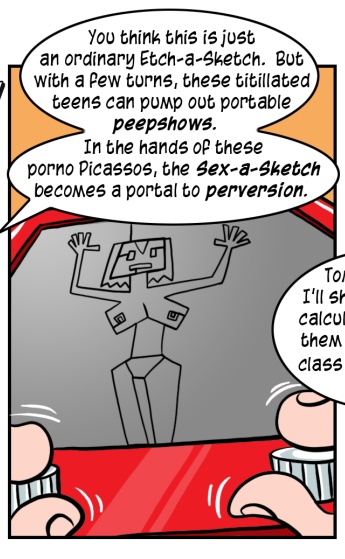 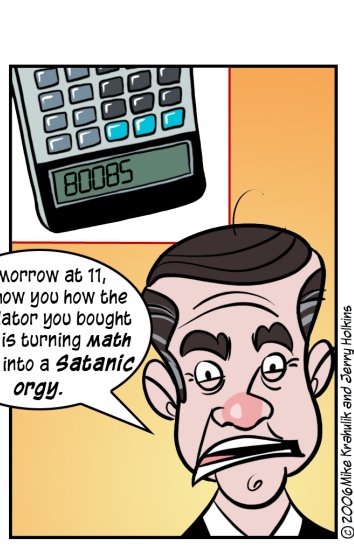 Before I was an Internet demagogue, I worked in Libraries and Public Schools servicing educational technology, and I have to say that there are many stories here, for example: how his school's unregulated, unfiltered wireless network gave this young man a ticket to a Virtual Amsterdam of red-bathed adult delights. There's a podcast for today's strip where we go over all this stuff in greater detail, but if a gaming platform hadn't been involved, this would be a "boys will be boys" story, and as such would never see broadcast.

I wonder precisely what age it is that you forget what it is like to be a young man. As recall, this kind of activity could accurately be called de rigeur -  we simply brought this sort of thing in magazine form. There is the idea that if something is displayed by means of phosphors or shown on an LCD that there is some spiritual distinction between those materials and ones that have been printed out, that we as a society must come to terms with it.  A kid was looking at naughty bits while he was at school, that's it.  We don't need to recalibrate our fucking society.  No doubt his appetite for the medium will be curbed by the seizure of his PSP.

I was (as were many others) in the grip of Oblivion for a very long time, until I ran across a bug that broke the quest I was on. It is a quest where you follow a woman into a vineyard, and the moment she began to rake the game would crash. "Yard-work" has ever been a source of unease, but to watch it rend a world like that has put me off the practice altogether.

I didn't know if it was the new RAM I'd put in, or the new card, but after exhaustive testing (I performed no actual tests) the game just ceased to be a focus. Once I began to associate the loading of the game with a rational process instead of an intuitive one, the heart of the simulation disappeared. The patch actually resolved this very singular issue, it wasn't the machine, but as I said by then something intangible was gone.

Let me tell you, though, if there was ever a mod that would get me "back in," as I believe is the parlance... 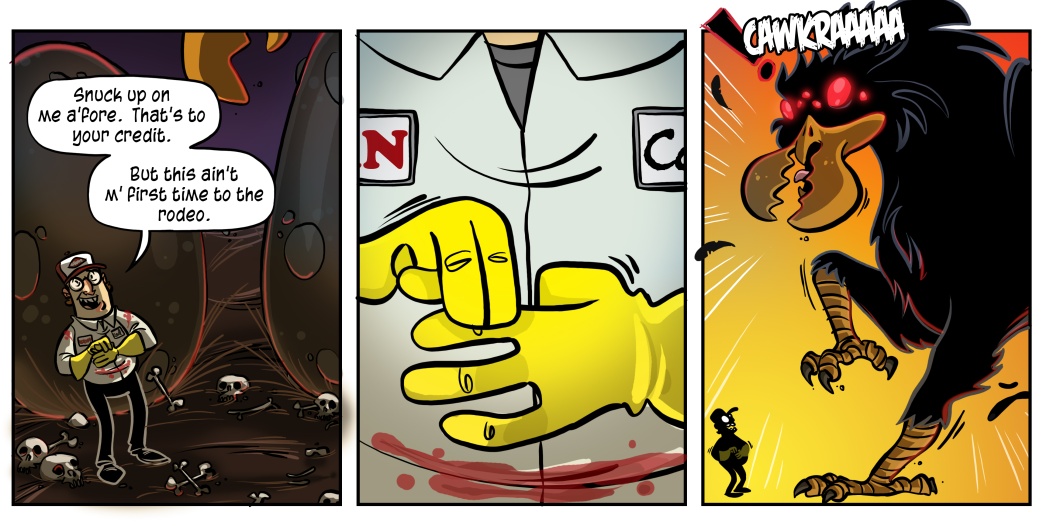