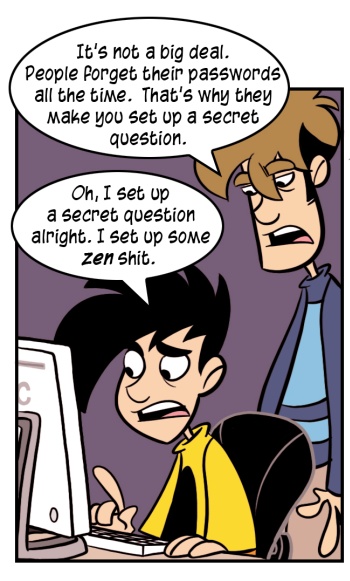 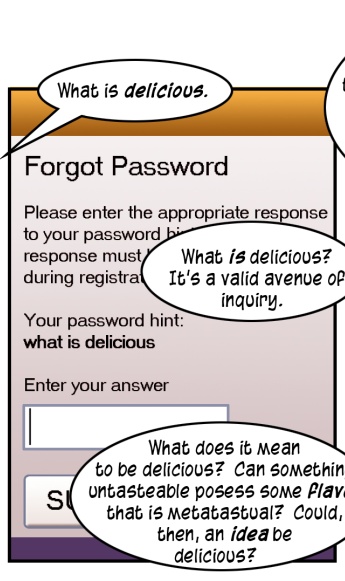 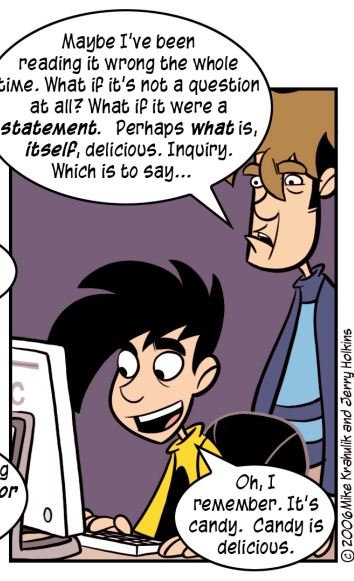 As is often the case for our kind, some derelict account on some forgotten website had suddenly become critical information, and Gabriel's long forgotten password forced him into a temporary crisis. It did not help that the "secret question" he had configured was an almost useless wisp of enigmatic text.

I must emphasize that this is a true story. And not a "true story," like in the quotation marks, i.e. I am attending a nonexistent convention or I'm liberating my niece at the midnight hour. No, I mean it's real like when he played against bots for hours and believed those algorithms to be his boon companions and blood enemies.

Keek and I grabbed copes of (deep breath) The Lord of the Rings: The Battle For Middle Earth II, brought them back to the office, and based on almost universal claims that they "had done it," made an RTS workable on a console, inserted the disc and settled in.

I wish I hadn't opened it; I still have the receipt. I could have gotten my money back.

Understand that I don't think it's bad, I wouldn't be returning it to strike some kind of blow. It's not bad. You can indeed play a RTS game on a console without a mouse. That was the question they were trying to answer. There are other questions that were not asked, or in any case, were not answered: for example, now that we have obviated the mouse, is the game itself a good fit for console play?

I would assert this actually the more important question, because while you can play the game, I don't think it's well suited to the system or compares well with its PC progenitor. When I heard that EA was looking to bring (ahem) LOTR:TBFME2 to the 360, I did not immediately believe it was cynical double dipping. This was in direct opposition to the Ironic Game Bloggers Concordance, of which I am a member. I secretly believe that Electronic Arts is going to reveal some startling insights into this medium over the next five years. Would this be the first of them?

To begin with, the manual is an act of Savage Brutality. The PC version includes sixty-two pages of information on how to play, including unit by unit summaries and structure facts. The anemic 360 variant communicates the most rudimentary information in its fifteen pages, with no army information whatsoever, and then knocks off for a pint at the public house. Unacceptable.

I expected much bolder strokes from EA, actually, which might set me apart from my contemporaries. This is pretty much a port, minus some features and plus a few multiplayer modes and their functional but not particularly imaginative control scheme. With all the hype that accompanied its announcement, about how much work was going into making it a console centered experience, I have to say this is still a pretty twiddly Real-Time Strategy game with a lot of nested menus and hidden information that doesn't really make sense in this context. The frequent hitching and performance woes are an issue, to be sure, but that's like saying that a car you don't like comes in a color you don't want. It is, for me, a second tier concern.

With six armies worth of robust, canonical assets and a powerful engine, what was needed is a game whose true home was the console. A game that focused on fast-paced tactical combat, with genre twiddlery diminished. Imagine a hybrid of Myth's point-based army creation and the most potent fantasy brand in the known universe. Imagine pulling the map out to Supreme Commander stratospherics and issuing orders from a single, powerful, malleable command screen.

It really seems to me like they had an amazing opportunity to create something truly original here, and did not. That I believe them capable of something revolutionary is, I think, more credit than they are usually given.