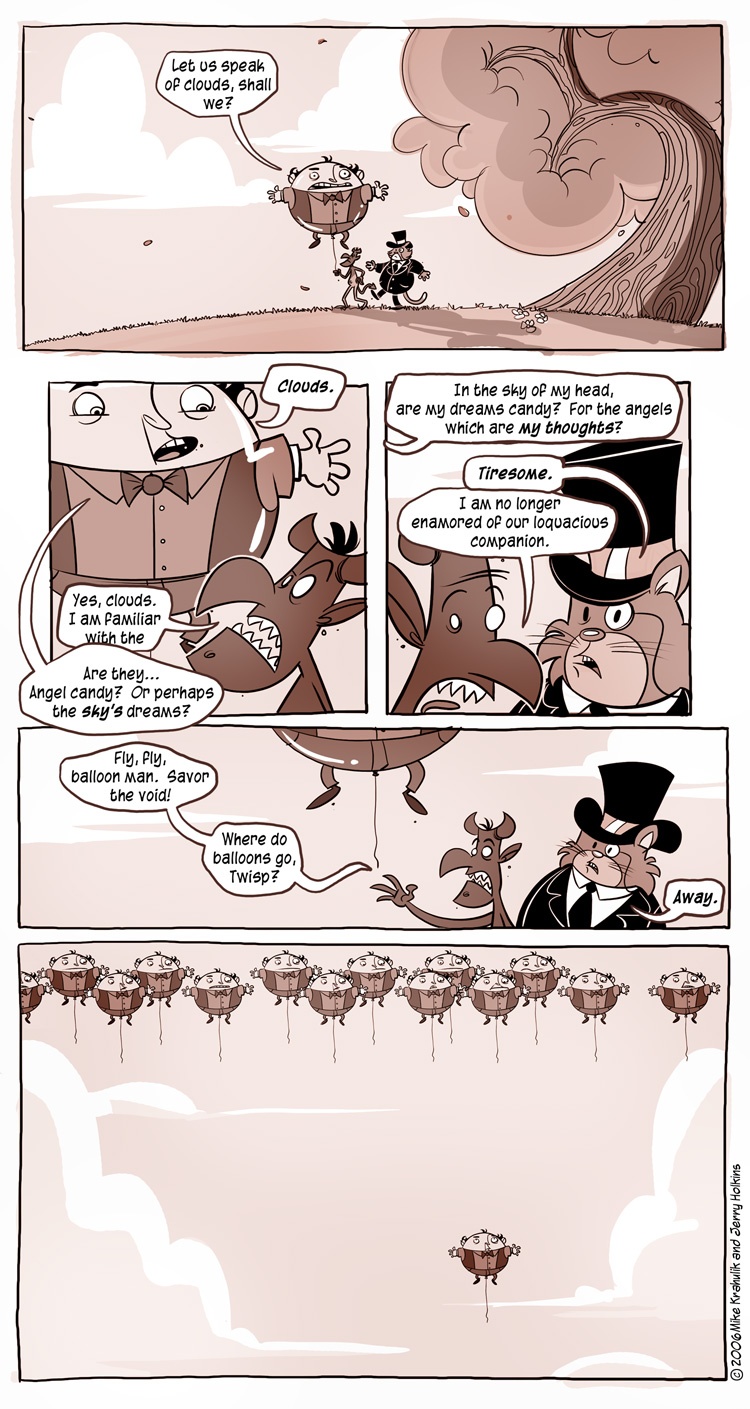 San Diego is an opportunity not only for wookiees and slave girls to be joined in holy matrimony, but also for readers to suggest we bring this or that back into rotation. Div has been requested many times. Also Annarchy, who will return the moment we can do her justice. Today, the vocal Twisp & Catsby lobby gets their due.

In the Finding Your Audience panel we partook in, helmed by unstoppable bibliophile Bill Barnes, one the first questions asked was "How Often Do You Pander To Your Readers." It helps, I think, that we create something actively aggressive to new readers, that would only really appeal to people who share our interests, so we're able to "pander" (and thus, succeed) without undue exertion or dilution of our true desires. It's phrased in an odd way - the value laden pander raised like a boil - but I keep thinking about it.

When I serviced educational technology for Spokane Public Schools - my long World War I trenchcoat studded with buttons exhorting the young to Read! - I regularly restored computers to full functionality. I wonder: by doing what was expected of me, was I pandering to librarians? Should I have, in an effort to express my unique perspective, rebound the enter key to the space bar?

The idea that art can't be something the viewer enjoys is just one of these ideas that is hanging around out there. Art must whirr and whine like the dentist's drill, skipping off the enamel to bury itself in the gum. Something that was created in joy, with the purpose of creating joy in others, well, we've got a term for that.

The last thing I will say about the reinvention of E3 into an invite-only press fandango is that I wonder who will be invited.

I always love it when someone declares - as though the universe must necessarily agree - that there is "no such thing as bad press." I know this to be a falsehood, because Penny Arcade is the belching foundry that fabricates this supposedly nonexistent material. I work its waiting levers and greased knobs like a pervert. I don't think many outlets (particularly independent ones) could get away with what Dan Shoe did and retain their access. They may still invite me because I'm a world-class fucking raconteur, but it is dangerous in the extreme to let us see your stuff before you have crossed the Ts. They would, no doubt, like access to you, but knowing they must traverse our savage gauntlet of two-dollar words and pointed .jpegs may give them pause.

times are gone for honest men 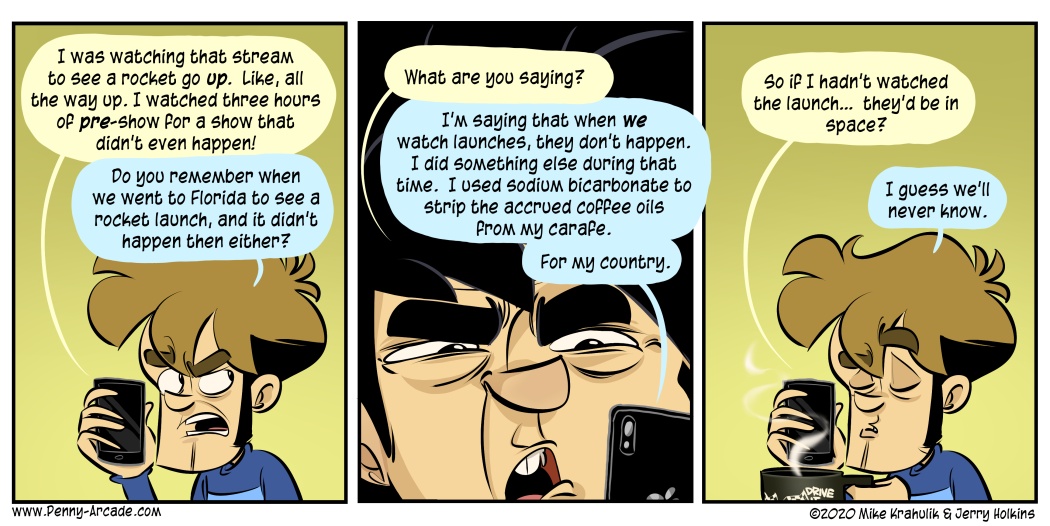