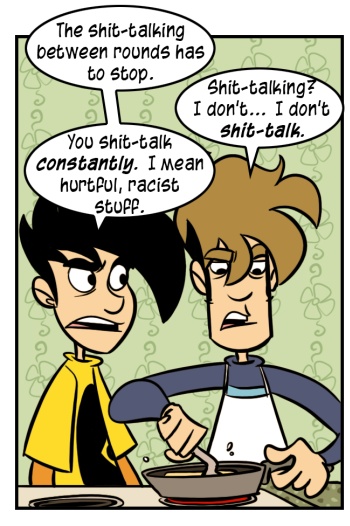 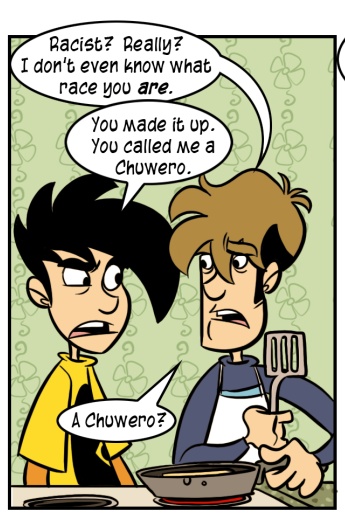 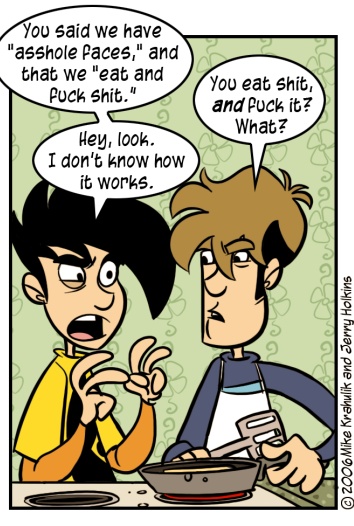 Gabriel had to take me aside yesterday, on account of my generally unkind behavior toward our opponents. I'm not even aware I'm doing it. His position appears to be that, and certainly I don't want to put words in his mouth, but the implication is that I am allowed to chainsaw a person in half, but the ostentatious post-match sort of "end-zone boogie" phase is not entirely necessary.

After two nights with the game, working through co-op and then investing the remainder of the night in divisive online play, I feel very comfortable about my purchase  My cohort, who felt Final Fantasy's strong gravity throughout the night, enjoyed it but (oddly enough) found himself primed for Rainbow Six: Vegas, which features a similar "cover is king" philosophy (check out the demo), but appends a truly fucked level of customization, supports sixteen player adversarial multi, and includes four-player co-op.

Robert might have enjoyed it more than he did, but he had the misfortune of being on the opposing team, which mostly gave him a chance to experience my scorn in HD.

There are things about matching that aren't especially elegant: for example, there's no way for the host to change the map or the type of game that is being played. You can cook up the cycle you want ahead of time, certainly, but that is kind of low rent. There's also no clan support or group matching, which is to my mind a more sinister enterprise. Epic is bringing this game to a next-generation system whose number one multiplayer game is still Halo 2, running in emulation - put succinctly, we should be starting at what they accomplished two years ago, and moving forward.  The ability to create a group and then pit said group against other groups online is a Goddamn bedrock assertion.

Approached intellectually, Gears multi probably doesn't seem like anything supernatural. The Playstation 3's action entry this holiday delivers fully five times the players, plus the ability to do the kind of matching I've just mentioned - that's ironclad rhetorical ammunition.  I don't know how well the checkbox-style, point-by-point assessment even works on this game.  I've read the hard-ass reviews online from sites determined to be the one that tells it like it is, man and I really do wonder how much time they could possibly have spent with it in adversarial multiplayer.  Without embellishments:  you have not played this before.  Build a room exclusively made of friends (or the friends thereof) and tell me if you don't rock back and forth on the couch between matches, like a lunatic, in anticipation of the next round.

On the fifth page of Gamasutra's interview with Sony's new PR organism, almost hidden from view, is the revelation that Sony's PSone catalog will be available for five bucks a pop in their online store.  This software currently plays exclusively on the PSP, with the ability to run them on the PS3 itself to arrive at some undefined juncture.  Considering that until very recently people were buying Excitebike cartridges for like thirty dollars, this is a sweetness beyond description. Now, I imagine that this holds only for first party product: I have a hard time believing that SquareEnix is going to let Xenogears or Vagrant Story slip for five bucks a pop. But this is amazing pricing, about where people say they want it.

It's extremely weird that they don't allow you to actually play the PSone games you've purchased directly on the PS3, though. I mean, really weird, like bird weird. The Playstation 3 is fully compatible with the original Playstation. Should we use that crazy-ass console math everyone is always using these days to say that those games really cost two hundred and five dollars? No, because I'm not a fucking jackass. At least, not about this particular thing, at this precise moment. But if the console itself is fully compatible - i.e., it can play a Playstation One disc if I put it in the tray - the idea that it can't do the same shit from the raw bits is a little hard to swallow.