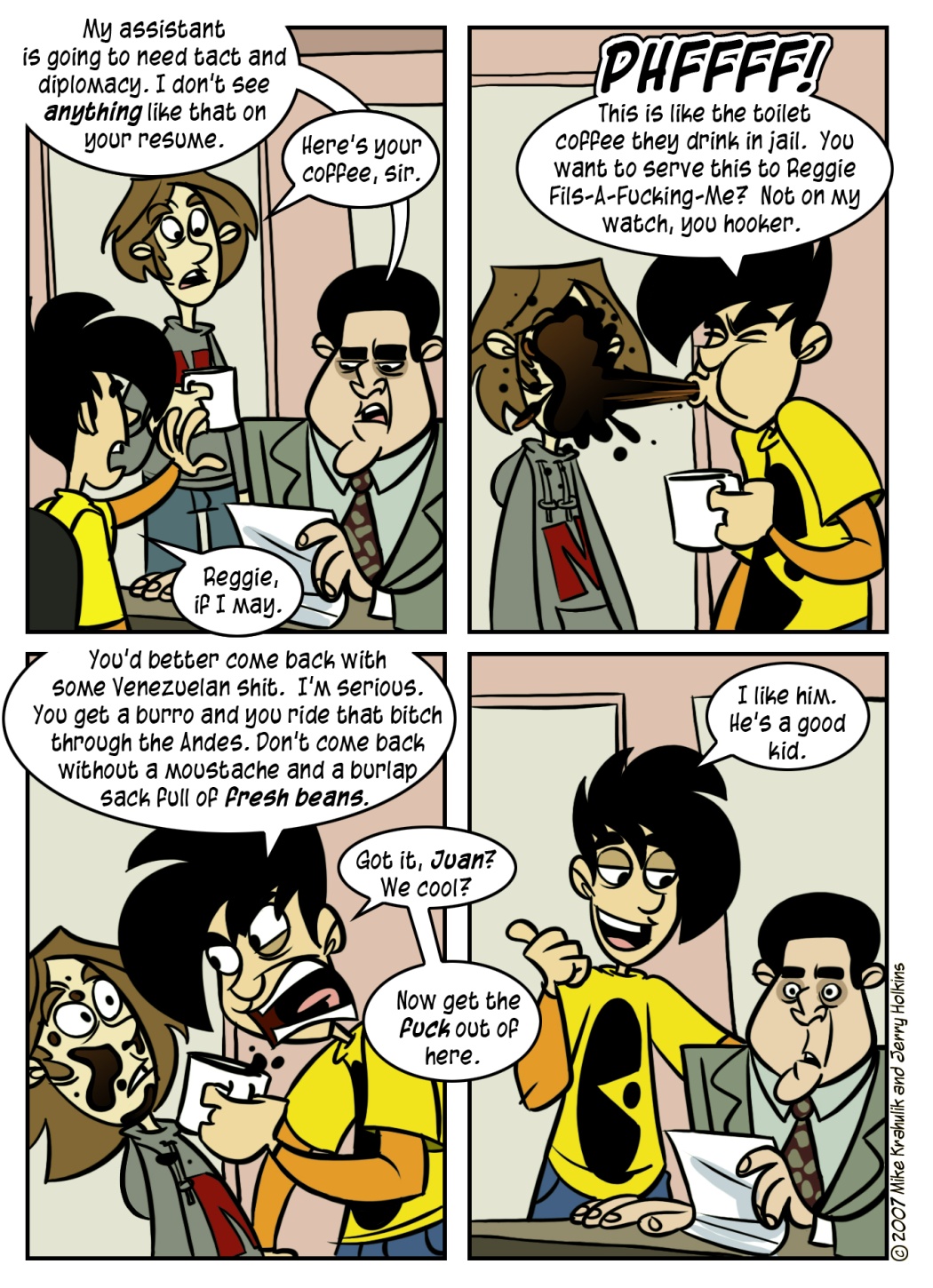 Nintendo of America president Reggie Fils-Aime cuts an imposing figure. Forum denizens are routinely shocked by the adulation this man receives, but if you have ever seen him, it isn't especially shocking. He seems to project beyond himself, exerting a kind of Reggie Field that dogs and many birds find unpleasant. Hearing a man speak with this much drive and confidence about an imaginary plumber is sort of enthralling.

It sounds like he's looking for an assistant - but even if you meet the considerable requirements, you should know that you're up against some fairly tough competition.

I've played the Crackdown demo several times now, in single and co-op mode, and I am startled and almost dismayed to admit that I like it. I might even like it a lot. Between Saint's Row and the Genuine Article, I was starting to wonder what purpose exactly was being served by Crackdown. When it was announced that the game would be sold with a Halo 3 invite packed in, my estimation of the title immediately dropped below sea level. What kind of filth must this game be, I thought, to require such naked bribery?

The Grand Theft Auto games have mastered context, with well-drawn characters and powerfully directed scenes, but their basic gameplay lacks punch. Crackdown is exactly the opposite: the world they have presented is a cliche, and not the lavish, beloved cliche of a Rockstar title. It's just a place for you to blow shit up. On the other hand, the gameplay itself is much, much more satisfying - it's an Action RPG that also believes itself to be a Platformer which is set in a Sandbox environment, and I'm surprised it works as well as it does.

Without some pesky narrative to be concerned with, developer Realtime Worlds is able to stick two players in this world without having to contend with some of the headaches that make co-op such a nightmare feature to implement. My time there tells me it's been a fair trade, with plenty of synergy opportunities to be had while each player is building their own monstrous, irresponsible supercop.

I made the mistake of letting the demo reel run when Brenna was in the room, and she was not impressed with the level of depravity on display. I chose to come clean. I told her that I had kicked an old man with my bionic leg, then I picked him up and used him to beat another old man, and then I threw them both in the ocean where they would be sure to die. This did not improve things. She told me that the only time you should even touch an old man is to comfort him when he is talking about his feelings. I was not previously aware of this clause.

The demo has been available for just over a week, and I assume this is still so. This means that you are free to verify my findings independently, in the best, true spirit of scientific inquiry.