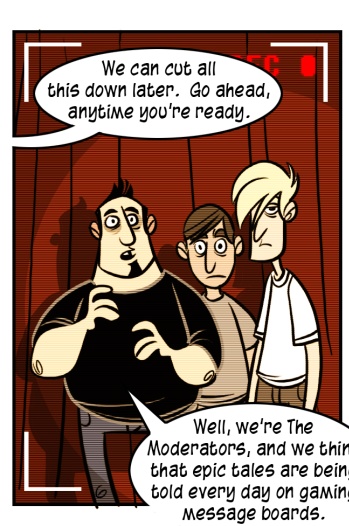 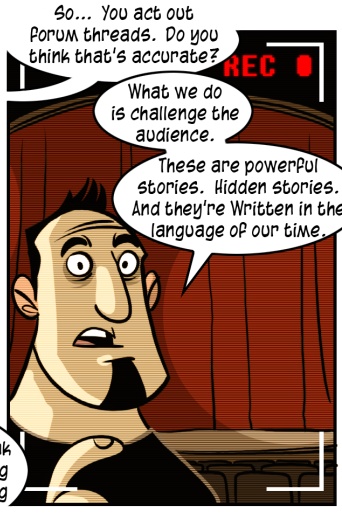 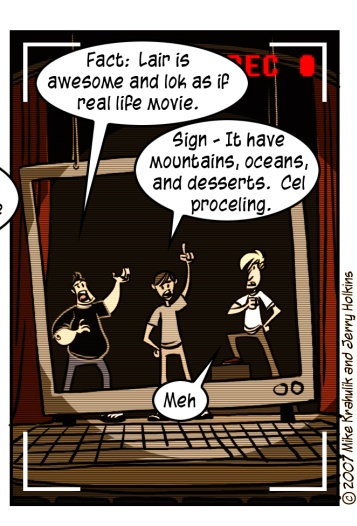 The comic started out as a style guide for forums, similar to the recent style guide for gaming journalists - but while we were looking over the Lair boards at GameFAQs, we found that material already in place there was deluxe in every respect. We simply took the opportunity to elevate it.

The GameFAQS boards are simply a must for that ability to see a fandom in its primordial state. The fan culture one finds on, say, a Kotaku is much more entrenched. It's sardonic. These are hard men and women who lost friends in the second console war. On GameFAQS things are much more unicellular, which makes it an optimal environment for study.

I don't have any use for Forza 2 as a game, which is not an index of the game's faults: we aren't Gran Turismo men either, and for many of the same reasons. I understand that people with a passion for actual driving find this sort of thing engaging. I typically miss the first turn and then give up, wondering what alien mind could even manage the mysteries of this simulation.

Forza 2 does create a kind of output that I can enjoy independent of playing it, just as the first one did - the community's profound custom cars. What players were able to generate given the tools in the original was nuts and even bordered on the freaky, and the tradition has been carried forward. Here's a couple threads that feature custom paints that are just... crazy. I think something is going on in their brains. I want to harness whatever their weird disorder is and create clean energy.

I lost myself in Shadowrun last night when I intended to play only a single round. I can speak at length on it, and I may, but the demo comes out in a couple days and I have more faith in your gourmet palette than I do my ability to describe how complex some of these relationships are. When I spoke with the studio head over at FASA about what was next for the team, he laughed and said "Nothing." The people around him also laughed, but it felt more nervous. I thought he might have meant vacation, maybe - but I'd heard the rumors too. When he said "nothing," maybe he was referring to the studio. Maybe he actually meant "oblivion."

i don't condone or justify it