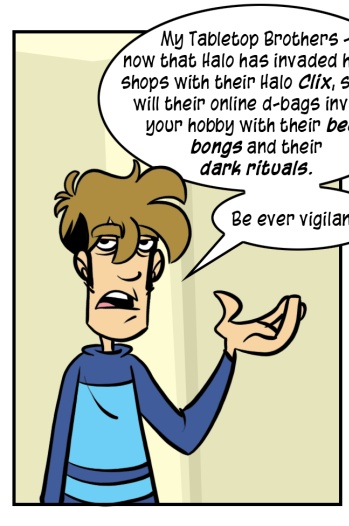 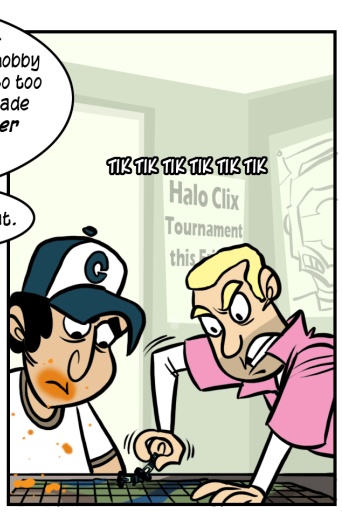 There are more substantive (read: impenetrable) tabletop wargames, but you can have a lot of fun with Clix if you are able to stop buying them long enough to actually play. Halo ActionClix have been announced for awhile, but when we sat down to write the strip yesterday we were looking over some pics of the final models and felt confident that we had discovered today's topic.

We'll be at San Diego Comic-Con this year, as usual, and they'll apparently have product on the floor to examine. Halo is actually a great fit for a tabletop strategy franchise, and would be so even if it were not one of the most potent brands in the Western world. Having begun its life as a RTS, I imagine that Ensemble is enjoying their romp through the universe quite a bit. I look forward to creating a codified set of teabagging rules for Halo ActionClix, if only to create a page entitled "Humping FAQ."

I have seen opinions running the rage on the Fallout 3 Teaser, but I brave those forums daily - I'm well over the DRI for franchise-related anguish. The clip is not designed to shock or startle people, it has only one purpose - to deliver a high-pressure jet of fan service. Of course, many of the hardcore fans are actually irritated by such brazen attempts to placate them. And thus we see the heavy stone, and also the steep hill, and look! There's Sisyphus, waving madly. Is he greeting us, or warning us?

I consider myself a fan of Fallout, at any rate I did before, and I was grieved to see it ransacked at the hands of an increasingly desperate Interplay. But it's become clear that what makes it Fallout to me is very different than it is for other fans. We ran into the same issue with Tribal War over Tribes 2, culminating in a brutal conflict that pitted gamer against gamer. As it relates to Fallout, I am distinguished from what you might call the Orthodox fan of the series. One is that I simply believe that elements like Turn-Based and Isometric were artifacts of their time. There is nothing wrong with them mechanically, they do not want for elegance, and the genre is still going strong in Japanese titles that I play and enjoy. But I'm not going to create a religion out of it because tiled environments happened to be expedient a million fucking years ago.

Fallout is not - for me - defined by its perspective.  It's defined by the unique setting, and the meaningful, satisfying choices I can make to affect that setting. I don't care where the camera is.  If those things are intact, they can put the camera in geosynchronous Goddamn orbit.

it's all in japanese 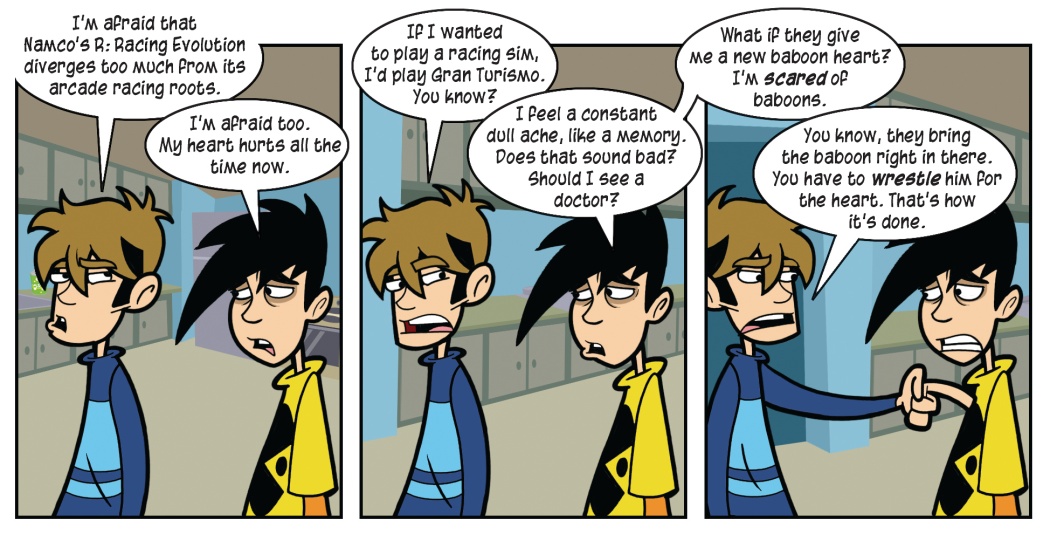