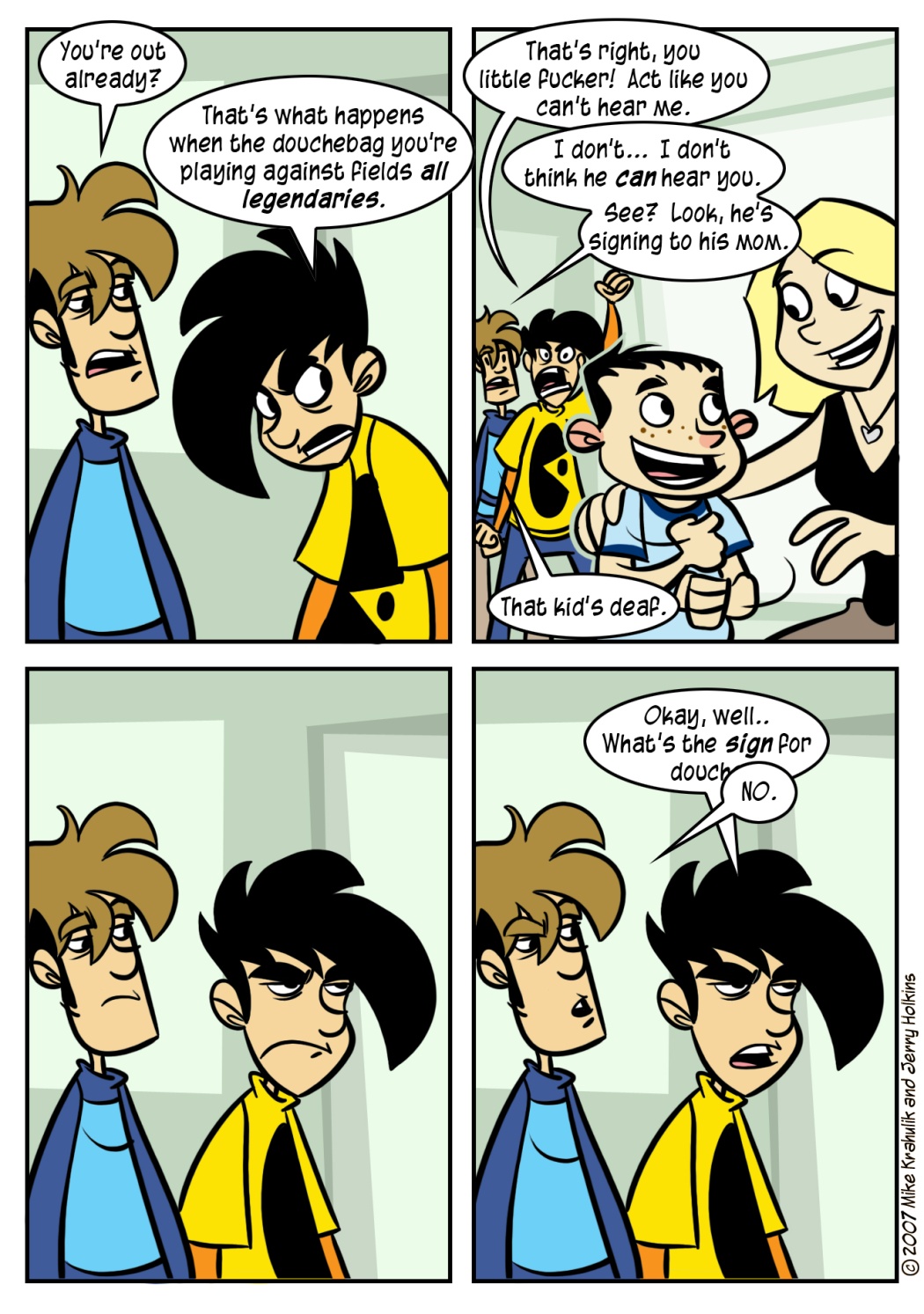 Gabriel's actual defeat was - as Penny Arcade can now exclusively reveal - a tender affair that was largely concerned with ceding the torch of our pastime to the next generation. There are sharp disparities between the truth and our depraved fiction, as there so often are.

One of the reasons it is so important that I survive Comic-Con (and afterwards, the increasingly ambitious PAX) is so that I may play Mass Effect relatively whole of body and mind. Nothing that came out of E3 has dulled my incandescent ardor. Even Mass Effect: Revelations - a satanic volley of base aggression toward the reader - was unable to dim it. My love is beyond death.

The main trailer is here, but if you want a cut of the same footage with more game content you should spend some time with this Gamespot interview - I found the extended trailer in there. It's apparently a kind of Director's Cut that will eventually be hosted on the official site.

I am ready for some unapologetic Space Opera, where the S and the O stand proud in their capitalization. I think about it every day - not, like, at a set time, but given BioWare's pedigree I do allow a larger fantasy budget. I keep trying to remind myself that whoever they have waltzing around in the trailers, screenshots, and even on the cover really has nothing to do with you or I as players. The brute they displayed in the earliest video content, abusing "his" team and drawing "his" weapon on a meek barman, could just as easily have been a woman. Will be, almost certainly, on my own system - lo, until the red ring burns bright.

(Indeed, this is one of the grotesqueries of the medium that, in Roger Ebert's view, will forever partition interactive works from the realm of art: the viewer may alter it.

I'm not sure why I do this exactly, create female avatars, other than to say that when given the opportunity I want to see something in a game I haven't seen before. It's possible that it's some unreconstructed Whedonism that makes me do it: maybe this shouldn't be, but it's just better when it's a girl kicking the ass. The kicks are more frequent, and the damage to the ass more enduring.

i listened through the cemetery trees