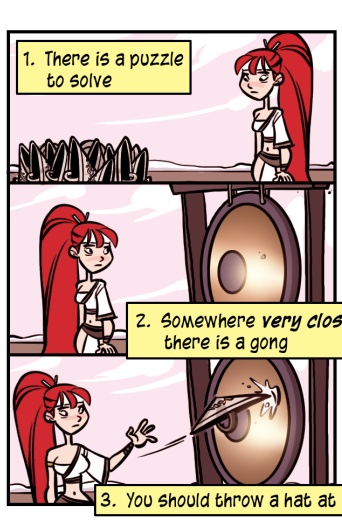 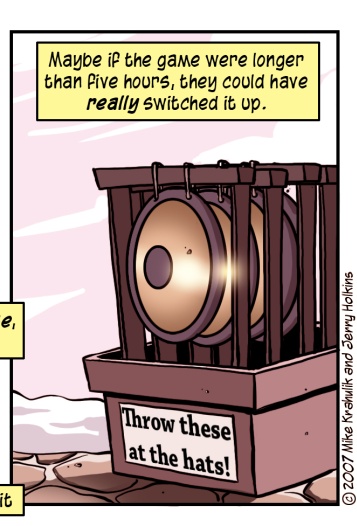 Heavenly Sword is, as you will soon discover, the very definition of a rental title. Clocking in at somewhere between five and six hours (depending on your appetite for overwrought cinemas) it's a decent game saddled by impossible expectations. It has silly ideas and grandeur in close proximity to one another.

It tries hard. And it's not bad, by any means. But it's not excellent, and perhaps unfairly it had this onus placed upon it. I've said that Lair is not the Playstation 3, and nor is Heavenly Sword, but taken together one must come to the unmistakable conclusion that the Playstation 3 is a game console and not the supernatural artifact they have presented it as. That however many processors and however many gigs of space are not especially relevant when put in the service of middling entertainment.

It has a decent combat system, and using this combat system you will progress from locked room to cramped, locked room until you come face to face with some jeering asshole. You might kill them either because of the jeering or because you think that death might cull their interminable monologues. There's a mean snake bitch and a pervert and an oaf. Oh! And en evil king. The only thing running through my head during the lavish and no doubt expensive mo-capped cutscenes was that these kings and bitches and so forth should form a band. It never seems to know if it wants to be a hilarious comic circus or a stark medieval saga. Play it, and you'll know what I mean.

There are successes, though: Kai, the mostly deranged sidekick, charms from the outset. Her feral animations and nuanced delivery really make her stand out against this batch of also-rans. Any object that can be thrown can also be thrown and then guided in slow motion, including corpses, which is something you must see to believe. We didn't even have a target; we would just throw bodies so that they flew like Superman head-first into gongs. This is something you can do for a half an hour - or more - without tiring of it. This guided firing is called "Aftertouch," and it's about fifty percent of the game. One wonders what the game's length would actually be if you didn't play half of it in slow-motion.

Some measure of your enjoyment will be bound up in whether or not you "buy" the story that they are telling. I've heard it described as epic, when it's pretty rudimentary fantasy-by-numbers bullshit, so who knows. It's all a matter of perspective: are we judging it against only PS3 games? If so, things are shaping up! If you own more than one console - or a personal computer - your standards for grand storytelling were recently adjusted upward.