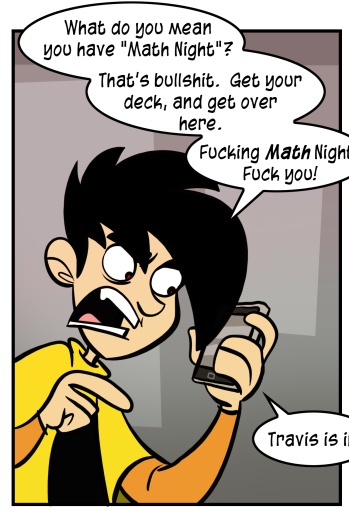 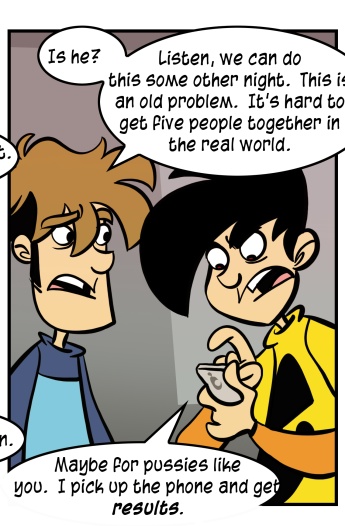 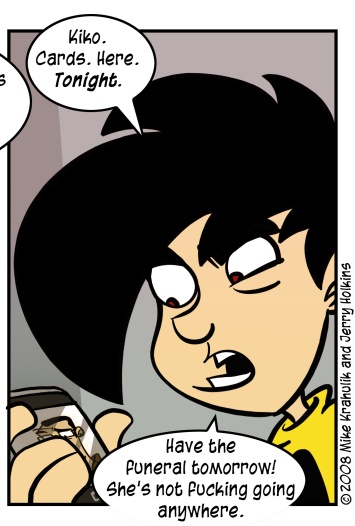 It took some doing, but the result was a convocation with true drama and gravity, like the Council of Elrond. This stalwart crew put their best foot forward, but unfortunately this exposed the foot in question to magma and licking tongues of living flame. I knew my way around the boss deck a little better this time, to the delight of my deep legion. When engaged in a campaign against that which is good and true, it's nice to know you have the support of upper management.

For someone who primarily plays videogames, Gabe was unprepared for the mind-rending, Excel-requiring complexity inherent in synchronizing the schedules of six adults in order to play once. Of course, for any person who delights in the sound of a polyhedron striking a vinyl battlemat, this is really the most ancient kind of problem - and sympathy is likely in short supply.

This second time, the sense that I was acting as dungeon master was further reinforced - but there are a couple cracks systematically that, with caulking, might work well.  Multiplayer quests, alternate special abilities for classes, and limited resurrection - less than a single booster's worth of cards - would add a tremendous amount of continuity and flavor to the experience. I'm wondering if I should try to iterate it myself during the next raid, or wait to see if they dish up some these tantalizing alternate rules themselves. They've played it - many, many times, I'm sure - and so they have to understand that they are on the cusp of something revolutionary.

I wrapped up the second Condemned on Saturday, and I think it mostly succeeds. It's practically the definition of a sequel: everything turned up, and every bucket of frothing community spittle addressed. It has better graphics, more varied locales, more robust combat, answers the questions of the first game, and introduces new systems. Textbook.

Most Condemned fans will likely appreciate what they've done here, at least mechanically, but due the ordinary escalations that sequels require it may be that the setting has ticked forward to a place that players will find less appealing.  The original game felt much more like a dark procedural, due in part to its (mostly) ordinary setting.  This is really the traditional arc of the Lovecraft investigator.  Where the supernatural crept in around the periphery of the first game, lending it an air of menace, the sequel feels the need to double down on its eldritch ante.

I'm not entirely sure what that phrase means either.  Except in rare cases, though, not knowing things is scarier than knowing them - and although this is probably weird, I think this game actually tells too much. Plus, it tells me things that are substantially less horrifying than what I've been stewing on since the first game. Of course, if they hadn't been as open, perhaps I'd be calling them cockteasers instead. It's like the narrative version of Cooking Mama. You don't just have to stir, you have to stir at the correct rate, and you have to add the right ingredient at the right time while the stirring is taking place.

I'm not entirely sure I understand why certain characters were changed into new characters, or voiced by different people, and in every case these were bad choices. I don't think it's as "scary" as the first one, although it is extremely unpleasant. This a great middle chapter, though, and I'm ready for the next one.

you say you want it