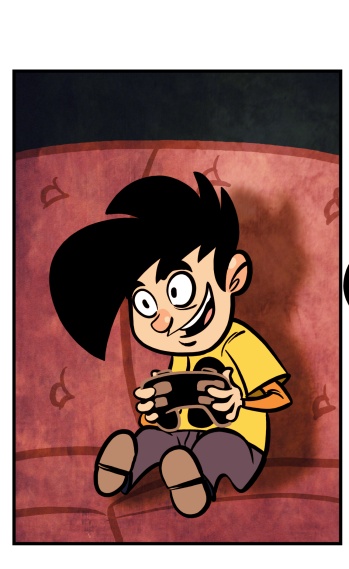 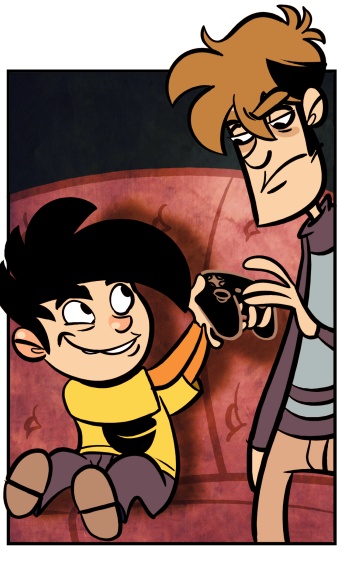 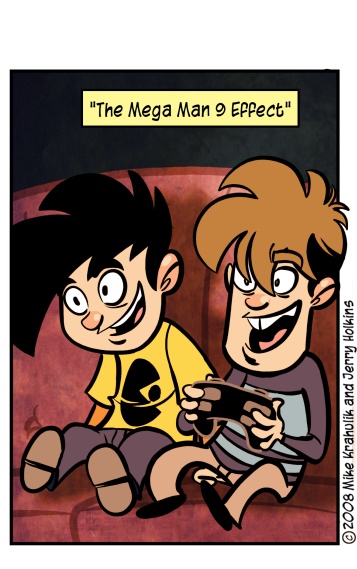 In the steel womb of our sunken laboratory, we have discovered an odd principle. You're welcome to try it for yourself. Of course, this assumes that you are old enough to become young. If you are only twelve when you begin playing Mega Man 9, please be sure that someone is there to care for the resultant fetus.

We have returned, more or less. I hope that you were able to derive some enjoyment from our cursory exploration into the utterly intractable question of Digital Rights Management. One of the core things I discovered as I was trying to build the Newspost side of the equation is that very few people in the industry will discuss it on record. I felt sure that Daniel would take the bait, because he actually owns his company. But I sent out many, many, such requests, to an incredibly diverse and fascinating group of people, with the intention of creating a kind of adventuring party that would crush (or at least bruise) the stronghold.

The conversation here was never meant to be absolute, and I'd love to come back to it at some point - not just as a novelty to sustain the site in our absence. But the dialogue in general seems to be constrained by the set of who will deign to participate in it. This means that the conversation is wholly the domain of psychotics, dead-enders, revolutionaries, and sophists. So if you'd like to know why the dialogue never progresses, that's why. It's not a "dialogue" at all. It's fucking performance art.

Heading out at lunch to grab copies of Sonic Chronicles: The Dark Brotherhood, something we've really been looking forward to, even though there isn't much to know about it aside from the title, which implies that Sonic is in it, and also a Brotherhood, which I have a bad feeling about.  I have almost no intellectual framework to support this enthusiasm, just some faith in the pedigree, coupled with the raw excitement of a young man divining great portents from the postage-sized screenshots of his ancient magazine. I decided to take a chance on advertising it based solely on this nebulous, poetic energy, so hopefully I didn't fuck you on this thing.

The combat system appears to draw heavily from INIS' Ouendan/Elite Beat Agents, which means (among other things) that I am already awesome at it.

all my uphill clawing 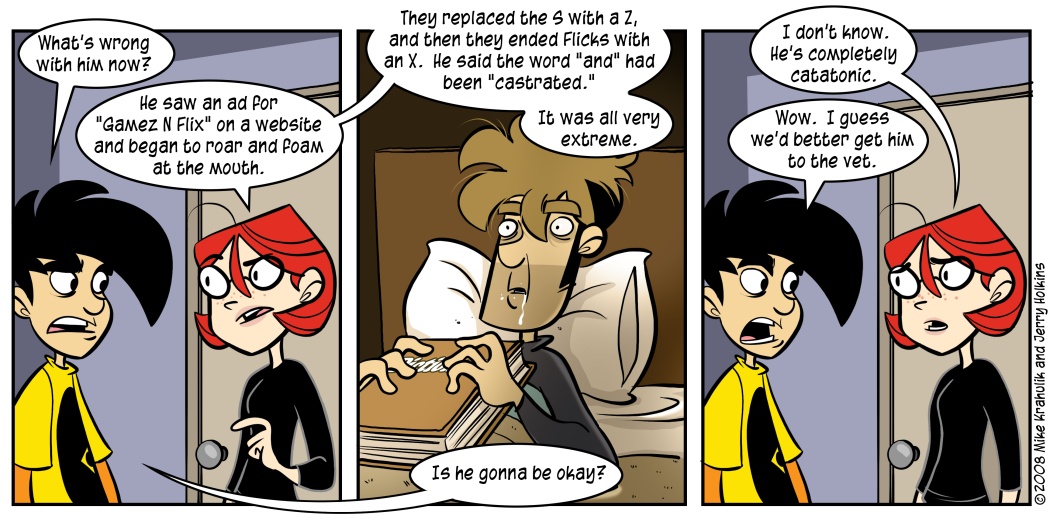