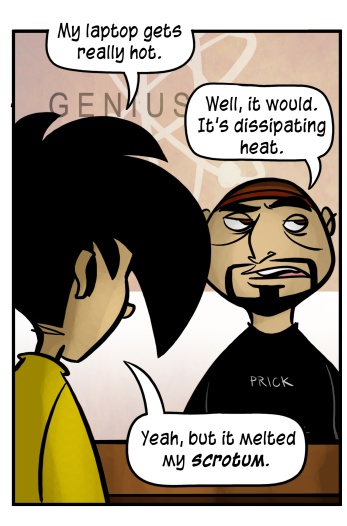 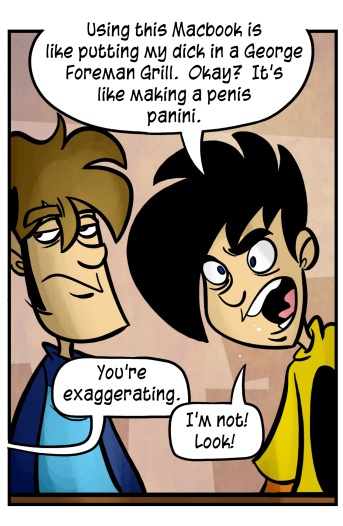 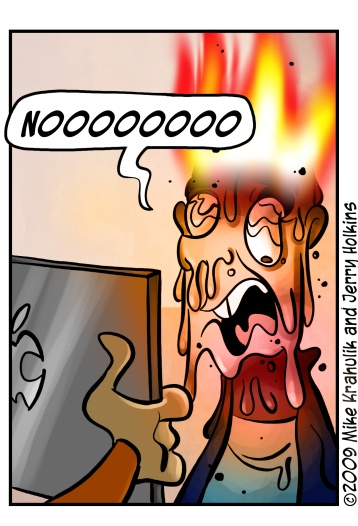 The new MacBook Pro is incredible, that's what I hear from Gabriel at any rate, with the exception that it shuts itself off during ordinary use due to its infernal Goddamned heat. The laptop is perfectly capable of managing said heat, but for what I assume are aesthetic reasons they don't allow the internal fans to spin at the necessary speeds. Allowing a computer to fail for reasons of beauty is noble, I suppose. In its way.

The Genius Bar wasn't much help in this case, because I'm certain they aren't allowed to install third party applications. Of course, the Genius Bar does exist, which makes it a substantial improvement over most free consumer tech support, chiefly characterized by a kind of "vision quest" though obscure forums via Google that culminates in your computer's absolute destruction.

The last week has seen an almost daily emission of Blood Bowl press materials, but until today they haven't really shown the game they're intending to sell us: no more. It's sort of an interesting story, for me at least: a company called Cyanide Studio makes a game called Chaos League which everyone recognizes is Games Workshop's Blood Bowl minus the license. There is a lawsuit, which (instead of obliterating them, as you would expect) gave Cyanide the actual Blood Bowl license, to make a real Blood Bowl game like real boys. Infringement is the sincerest form of flattery, apparently.

What it means for us is that this game will probably feel very much like a 2.0 product, given their previous experience and technology. If you're not familiar, let me have the honor: Blood Bowl is a board game that combines football with fucking murder, marbled together like a choice cut. It's not new by any means, it is well loved, and even the base rules - ones that pit identical teams against each other - make for an incredible afternoon. That's only the beginning of course, as you'll see. Where it comes into its own is when its unique fantasy teams hit the field. They've tried to make everyone happy it would seem, with real-time and turn-based play, leagues, and bits and paints for customization. I do hope they see fit to deliver a demo - there's enough meat and raw fun in Blood Bowl to turn someone's random midnight download into a genuine obsession.