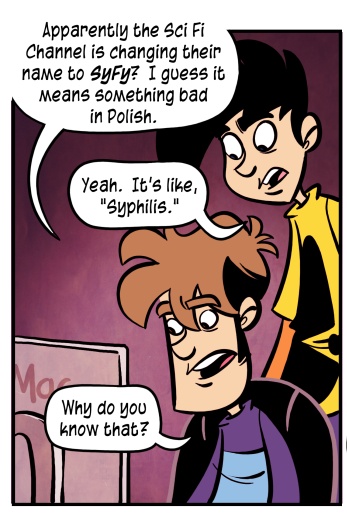 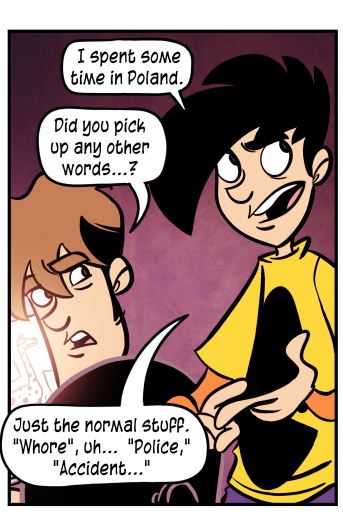 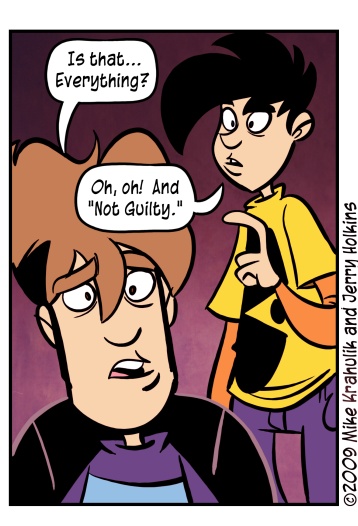 Whenever I read things like this I always feel as though I'm going a little crazy, but it's possible I am more sensitive to shit of this particular variety.

I'm susceptible to ideas, in the pathogenic sense - I catch them. The condition that follows exhibits the normal pattern of infection. There is exposure, incubation, fever, recovery, and dormancy. Topics as random as Scientology, turntablism, Grime, coffee, or hive insects have plundered whole weeks, perforating restful sleep with their insinuations and truncated revelations. I've finally emerged from a 50 Cent phase, weighed down with truly useless trivia that I suspect will not improve my life. There are indentations in the surface of my mind which are receptive to certain shapes of information, and there is no guarding against it.

One such "shape" is corrupted or malformed communication, of which this SyFy announcement is almost certainly a case. My cognitive apparatus is designed to digest language quickly, and so when I stumble into some mutated corporate phraseology it's like eating a meal which suddenly transforms into to washers, bolts, and strands of oily bike-chain. I have to disassemble my entire prefrontal cortex and put it back together. Read this paragraph and the one before it to get a sense of what that looks like.

We managed to create a comic sometime before I blacked out.

As a focus of consumer rage, it seems as though Capcom's Premium Versus DLC might have come off boil. The conversation was exceedingly strange, acting as a coda to the overall bizarre coverage of a game that is a triumph of execution.

Many of the arguments against the DLC are, simply stated, either made in bad faith or delivered from a position of ignorance. Resident Evil 5 offers value commensurate with or exceeding its price. Uncharted lasts half as long, and offers no multiplayer of any kind. Nor does Dead Space. Or Bioshock. When talking about "Triple A" titles this generation, there's no way to credibly assert that Resident Evil 5 doesn't represent a complete product.

The Biohazard 5 disc on my desk, the review copy I played to completion, is dated January 7th, 2009. Given the quality of this build, it is entirely possible that these bits went into production as the retail game now available in stores. It didn't even include an online Mercenaries mode, which was added free of charge, but of course there's no room for that data in the accepted narrative. With no evidence of the fact, dark assertions that content was somehow withheld currently reign supreme.  That's actually not an argument, it's divination.  Please put the wand down.

Competitive multiplayer was never announced as a feature, and was never in the product's charter, which was to produce a co-operative Resident Evil. In general, DLC is expansive: it offers greater width. More of what you have currently. Except in rare cases, it doesn't extend the product into areas beyond its original concept. Experiments and new interpretations of the games I own are precisely what I want out of downloadable content.

in that instant, it started to pour