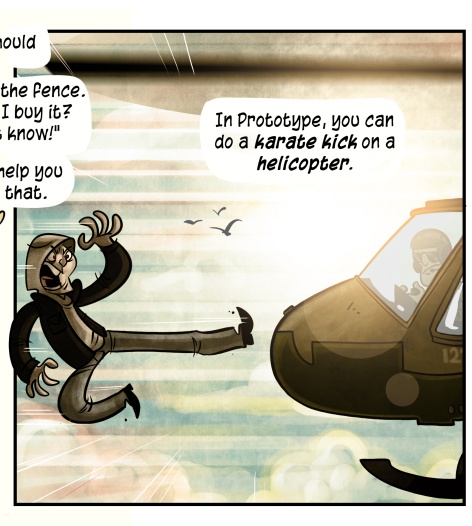 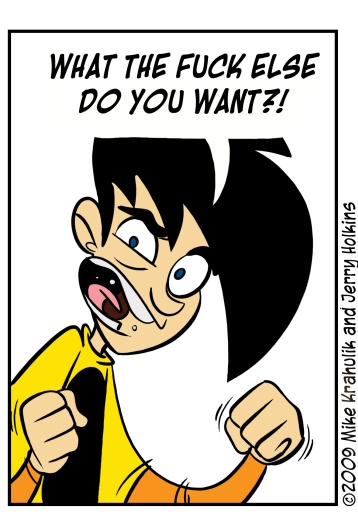 As a kind of psychic siesta, Gabriel has taken to curling up with [Prototype] some afternoons to harvest flesh with the terrible arc of his scythe arm. I'm not prepared to command you on this matter - I can't actually enunciate a clear onus that would culminate in your purchase, though I understand that Gabriel has prepared a statement. It's not a graphical powerhouse, and it feels like it's working its ass off most of the time. The array of powers and the perverse gesticulations required to manifest them approach parody. But - but! - as an unmitigated, morally compromised power fantasy, it is startlingly robust.

I was glad to see that Gabriel was enjoying Red Faction, as he has learned to be wary with my recommendations. Rightfully so. My goal when playing a game is to learn something, which for me is synonymous with recreation, but that is not a universally acknowledged truth.

I kept coming back to the multiplayer demo, which is always powerful indicator: if some uprooted subset of a game is winning out over my prodigious multiplatform library, I'd better start paying attention. Even so, the single player demo gave off no heat, and I'm growing increasingly weary of buying intriguing multiplayer titles for evangelism purposes that never seem to catch fire with my people. It's rare that my optimism for a title doesn't win out eventually, though. It was no different here.

The Single Player demo for Red Faction might as well be for another game entirely, for everything it communicates about the actual experience. You're a dude and you go do something. Shit breaks apart, sure, and it breaks apart with satisfying granularity, but I understand that game even before I've begun playing it: it is a known quantity. Actual Red Faction: Guerilla doesn't take place from point A to point B, then load the next level. Everything is taking place together, in a series of interconnected systems.  It's a "Sandbox Game" in a much more literal sense than we typically use the term, because you can actually reduce the buildings in the game to sand.

In some way, mentally, I live in this place.  I made over ten attempts to secure two hostages near a wind farm, failing every time, until I was so mad that I just backed an armored truck through the wall of their detention center. As I drove away, there was something compelling about the old woman laying down suppressive fire with the minigun. The old women I'd been sent to rescue had been arrested trying to sabotage a power plant. Because I'd attempted the mission so many times, I know that the people you need to rescue are randomly generated. Even so, I was glad that my successful run - the canonically valid one - had taken place with these two in tow. What's their story, I wonder. What had happened here that two women in their sixties had decided the best course of action was to start blowing shit up?

5th Cell might be better known as the Drawn to Life guys, possibly even the Lock's Quest guys, but I'm fairly certain that - come September - they'll be known primarily as the Scribblenauts guys.

They're local, so when they asked if they could drop by and show it off, we didn't hesitate. I looked over at Gabe's screen, and saw a space shuttle crash into a schoolhouse. I don't think that was the goal. For my part, in order to secure a subterranean whooziwatsit, I needed to crack the crust of the earth. I wanted to create an excavator, and when I entered the word, it wanted to know: did I mean a tracked construction vehicle, or a person who excavates?

we will not be safe