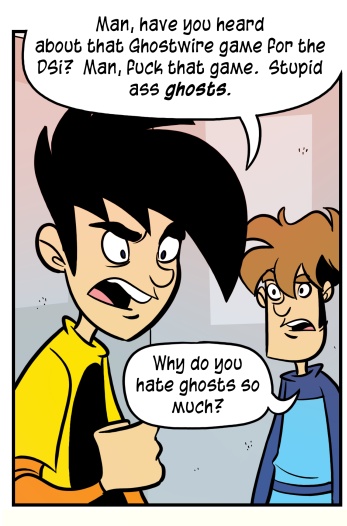 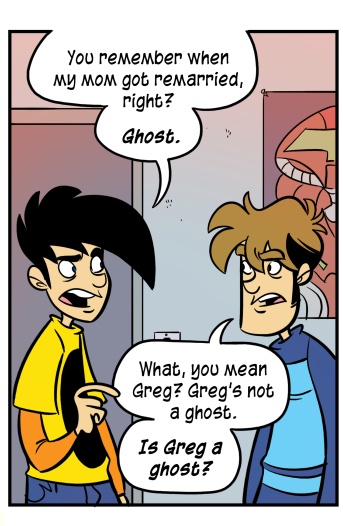 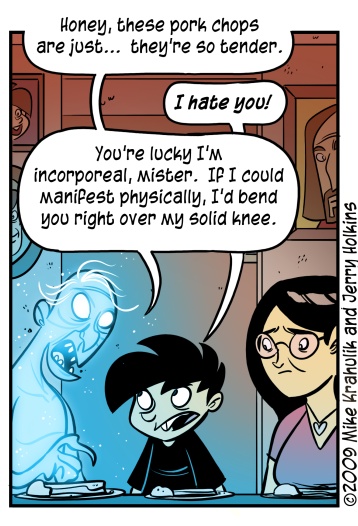 I've done my best to manicure out of my consciousness the lion's share of superstitions, some of which literally concern lions.

I no longer believe that walking to the toilet in the correct number of steps is a crucial facet of existence. With great trepidation, I approached the receptacle in four rather than the customary, perfect five, whose brazen numerical configuration had so long warded whatever unnamable force scrabbles at all living creatures.  The universe was not sundered.  This was a relief.

I wasn't able to defeat the notion that we are, all of us, attached to an overarching mystical machine which choreographs our lives according to a set of inscrutable laws which define a heretofore undiscovered school of psychic physics. I needed help with that one.

So, I'm getting better.  In general.  But there's really no way else to express it: I believe in ghosts.

I don't want to, and I can't explain the underlying schema in any way that isn't utter nonsense, but in a word, yes. I think ravening spectres are a thing. This is why games like Fatal Frame (in addition to their quality) are able to flay my psyche so, because the topic is engineered to exploit me. I'm overjoyed they didn't go with the original concept for Resident Evil 4. And I'd better steer clear of Ghostwire, just on principle. I don't think Gabriel plans on playing it either, but for entirely different reasons.

Indigo Prophecy (or Fahrenheit, as it is known in the far-flung Norderlünds) was always, always larger conceptually than it was in execution. The more "gamey" it got as it progressed - we can charitably assume as the result of publisher pressure, though there are certainly other scenarios - the less savvy it was at manifesting its directorial intent, which the demo expressed expertly.

What they really needed was a ton of money, and then years and years to shape that money into an broad, multi-channel experience. You're not going to get that your first time out, but Sony has apparently made a bet on the team, and the results show the growth of their peculiar and fascinating aesthetic.

Gabe and Kiko, the two people whose visual intelligence I trust the most, don't find the constant intrusion of iconography and language into the gamespace appealing in the least. Splinter Cell: Conviction is even more blatant, and I love it there as well. Maybe I see this as a point in some larger continuum; maybe I won't be happy until the graphics are gone altogether. Adventure Games came back, right? In the secret vault of my heart, Interactive Fiction isn't far behind.

you worry about the wrong things