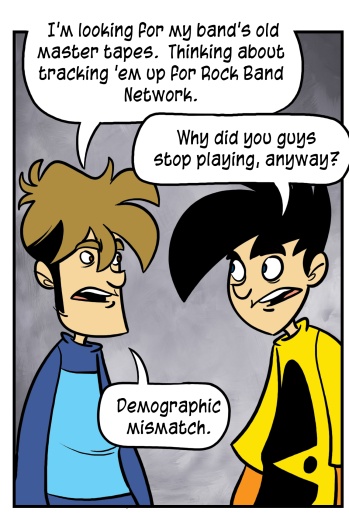 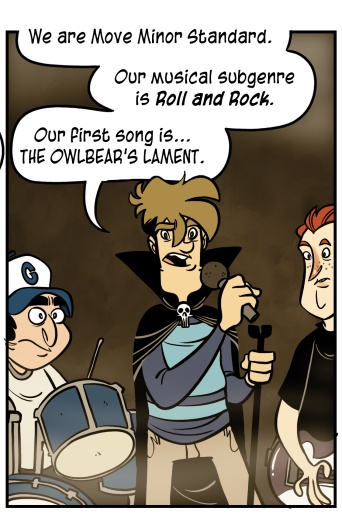 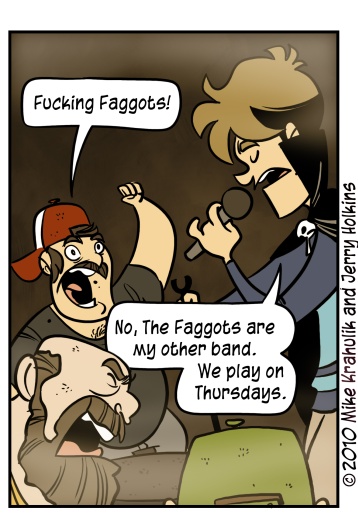 The Rock Band Network - a vector for gameplay authorship that recalibrates the rhythm title as a democratic platform - is imminent, if not available at this very moment. The idea behind it is fairly substantial, particularly on consoles, where as a rule user generated content is either impossible, thoroughly circumscribed, or considered a breach of the user agreement. There are exceptions, certainly. Well, maybe there are exception.

I like it because it's a good, smart thing to do - but I want to know if this is something that will matter for musicians. And when I say "matter," I'm mostly talking about money. There are corollary benefits to getting your music in front of people, and to exposing the texture of your music via them crazy floating gems, but what kind of environment will it be for creators? Are we going to see the same overcrowding, content hangups, and race to the bottom pricing that define the App Store?

I'm curious, though. I've got a few tracks laying around, you know?  I've got a track or two, moldering away in a pile of absolutely lost S-VHS cassettes. This would have been back when people still recorded things on tapes, which had just replaced a combination of chisels and really big rocks.

The basic construction of Live Anywhere conceptually is that Live is a hydra, an incomprehensible, vasty thing, and each snarling face is a platform over which Microsoft holds dominion. For me, though, and most people for whom Xbox Live is a daily fixture, it's synonymous with the Xbox.  We like it that way.

Live has scrabbled at the door of the Windows platform, but is largely unwelcome. As a services package, it has advantages over its competitors - but one of those advantages is not any measure of user enthusiasm or affection. To the extent that I was interested in the prospect of Live on the Windows platform, it was largely to retain my connection to the Xbox friends list when I was doing something else. That's why I purchased an HTC handset a million years ago, with the wretched Windows Mobile on it.  Access to Live was, back then, only a breath away.

I don't want a functional Live service on other machines.  It isn't impossible for a person to want that, but I don't. I want functionality for other devices that extends and enriches the service I'm paying for.  If I had a mobile platform that was integrated with Live, as this new WinMo7 shit will almost certainly be, it would need to:

which would necessarily dilute its role as a telephone.  If we want to use a term like Anywhere, and it's perfectly fine to do so, let's start with "Anywhere" as it relates to the one platform people actually like the service on.  Gamertag recovery?  Out.  Content tied to hardware?  Out.  I'm describing a fully portable "user" that is capable of (and indeed relishes!) travel.  I sign in to any Xbox in the world with my credentials, and I am instantly welcome.  My points are there, which is to say everywhere, which allow purchase of items for myself and gifts for others.  My saved progress is ready whenever and wherever I sign in.  Full portability of experience.  That's enough Anywhere for me, thanks.  If I may leverage a pimp analogy, this is the equivalent of twenty-three inch rims.  Now you're talking about an Xbox Live which is something pervasive - that is to say, a service.

Whenever I see a game that supports Steam Cloud (or has the support appended, as in the case of the brilliant Torchlight) my eyes sparkle with barely repressed tears. I think that's more or less the way every game I own should work, but such thoughts are a fruitless endeavor, akin to wishing they were all California Girls.  The PC is rad, as I've asserted.  But it's sundered by ecumenical squabbles that abrade progress.

On the other hand, that's something a platform holder like Sony or Microsoft can simply declare. They can make a virtual drive manifest every time the file dialog is invoked, if they feel like it.  I have to say that I am ready for a little tyranny.

through the veins of history