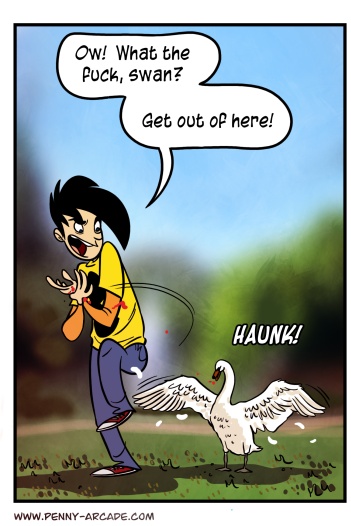 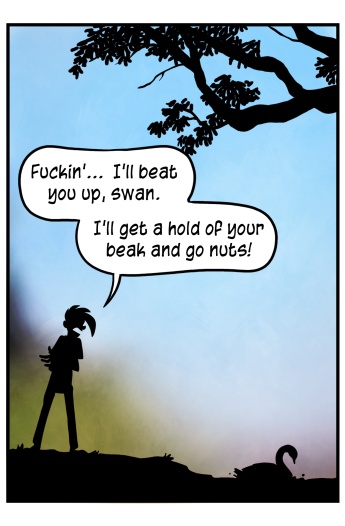 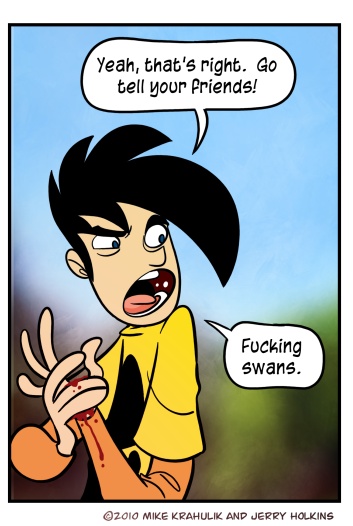 Gabriel and I were talking, about something - I forget what - when we fell into a black slumber. Through the sludge of our waking stupor, we discovered that not one but two comics had been written and produced. Here is the first; prepare to be progressively harrowed.

Still thinking about Horde. No, not that Horde, but if we're watching Kirk Cameron videos we might as well watch the best one. Anyway, wrong Horde.

I found my time with ODST's Firefight more enjoyable than most iterations of the concept, and I've tried to figure out why that might be, because (at the end of the day) it's as zero-sum as the rest.  Part of it is that Halo's basic interactions have such a sheen on them that it simply feels good to play. It's as though you're actually shooting, and they seem like they're actually being hit, and the proceedings inherit weight thereby. Also, enemies don't just come from nowhere, they come in ships, which helps the mode to retain a sense of contextual heft as opposed to a stint through the digestive tract of an endless hell dimension. Lastly, wave-based "skulls" alter the texture of each phase. It's Horde+, essentially. Also: Grunt Birthday Party.

I dropped Luke a mail over at Bungie, as he's been kind to me repeatedly when it wasn't warranted, and he's perpetually handing over battle-damaged crates of Bungie treasure for Child's Play. I asked him with a trembling hand if the Firefight mode in Halo: Reach granted credits - the tokens issued for character customization - or if it was quarantined away from "true" multiplayer. To my relief, he established that you earn credits whether you're playing competitive (what we'd think of as traditional Halo multi) or cooperative (which generously includes the Campaign proper, as well as Firefight). He says it's a conscious decision to value your invested time.

It's a way forward.  You want the the sense that when you're playing Halo, you're playing Halo; there is no sub-Halo, or Ur-Halo.  It isn't carved into a rash of petty fiefdoms, each with their own strange currencies.  That philosophy isn't absolutely unique, but it is exceedingly rare.  In my dream - and it is a beautiful dream - such things are true at all times, in all places, forever.

it's my right to waste your time