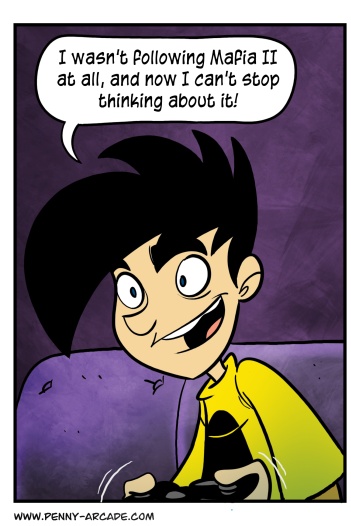 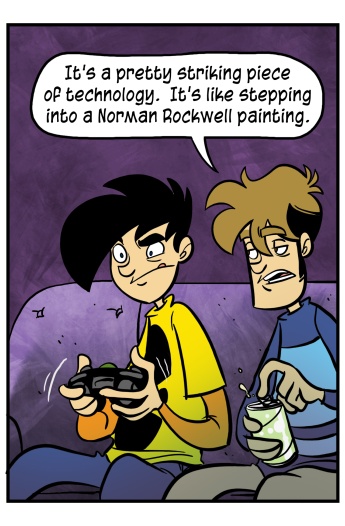 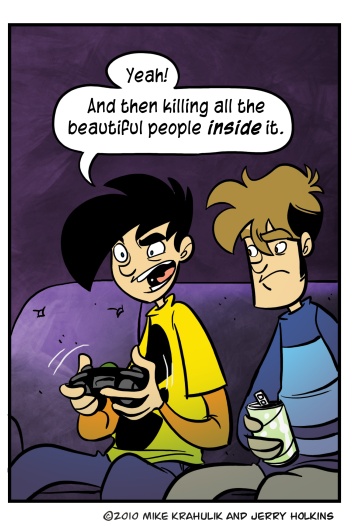 Attempting to experience as broad a swath of the medium as I can - to maximize my usefulness to you, but also, you know, video games - it's still entirely possible for me to miss things. The worst part is that if I actually like any of the games I'm playing, which is a nice outcome, another game must inexorably lose. That's how it was with the original Mafia, considered something of a holy text by many PC enthusiasts, and something I skimmed at best. I don't intend to miss it on the second go 'round.

Short of, say, something with "Cabela's" in the title, we are ravenous for demos - but the demo for Mafia II snapped us out of this analytical cycle altogether. I can't speak for all Americans, obviously, but I wonder how many people respond viscerally to the stimuli this game puts in front of a person. Grand Theft Auto games trade on modern urban environs, but the postwar period isn't something you see - and GTA in particular can't resist its relentless, trademark nihilism. As I walked out the "front door" of my "house," I thought to myself that the Rockstar version of this neighborhood would a writhing mass of key parties and barely suppressed moral contagion whose black steam jangles the pot.

In order for Mafia to work, to really function in accordance with its intention, the things its protagonists do must be firmly delineated from the prevailing culture. You shoot dudes in videogames all the time, all kinds of dudes, but this game has bigger fish to fry. Yes, it's true: the demo typically culminates in the destruction (by you!) of an illicit distillery. At least, it does at first, when the Pavlovian responses still assert themselves, while you are still possessed of the idea that a symbol on your minimap represents anything like an edict.

While Gabriel played through the demo on the Xbox three times in succession, growing progressively more driven by the animal impulse to hunt and kill, I grabbed the PC demo to see how the Gods might play. I was surprised to see how well the console version acquitted itself in the face of our Fear Engine: I had expected its obliteration, and certainly the result was lesser, but was by no means nasty. It's worth seeing, especially if you are as drawn to its quiet as we are: the ambient life of scenes is cranked way up which sells the proceedings even further. There's some pretty nutty cloth shit, too, depending on how you're built.  It's slick, though - slick, slick, slick - wherever you play it.

where no one ever goes