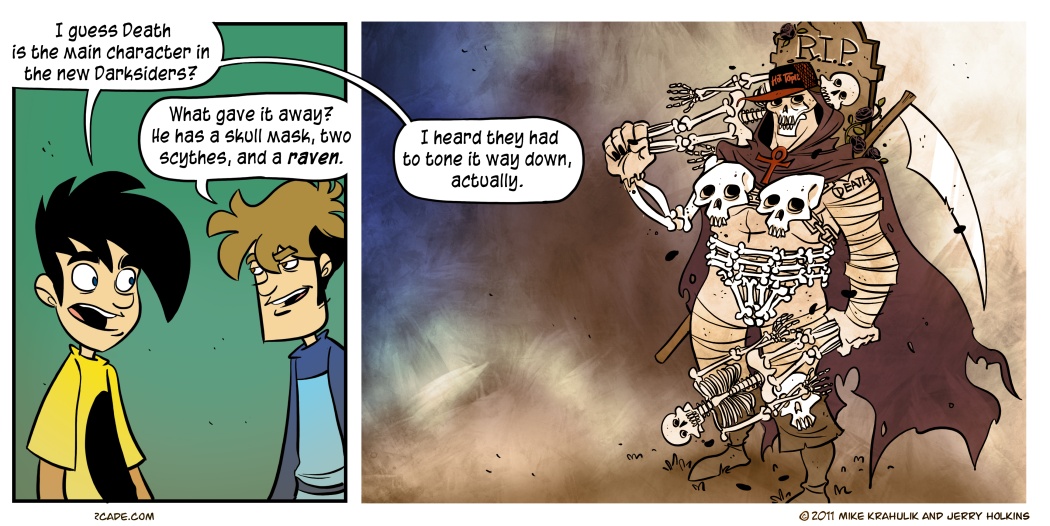 We were tremendous fans of the original Darksiders, and wanted a sequel very much, with the knowledge that we would never get one more or less an assumption. Absorption rates for its gleeful pop-apocalyptic gumbo varied substantially - it had a strange voice and a grab bag of “greatest hits” type features that were either, again, gleeful or evidence of some worrisome deficit.

Imagine our surprise, the elastic snap of our returned vigor, when we saw there was another one en route. This information was punctuated with a Game Informer cover that (like everything else Joe Mad) is essentially balls-out and fully how-ya-like-me-now. It’s fucking insane, and I authorize you to enjoy it. I’m not entirely sure it can be parodied, but that didn’t stop us from trying.

The CoD Elite thing from Wednesday put me in mind of the Rockstar Pass, which I thought was beyond fascinating and might even be genius. It’s only genius because of where it happened, though: on a box what’s fer playin’ them vidyagames. In any other context, a business model where you offered consumers a volume discount would simply be... well, it would be what happens all days.

They’re still spinning the tumbler on this thing, almost six years in: trying to figure out the best way to turn the delivery capacity of consoles into recurring revenue. What began with mutant horse clothes experiments and attempts to “monetize” what would have been the earlier generation’s cheat codes eventually congealed into a few accepted molds, but they don’t really work for all genres and all budgets. Prices have crept up consistently, too, but they may be starting to question the wisdom.

The ten dollar price point seems to be coming back into more regular circulation, after fifteen seemed to be the new default. There also seems to be a new price point creeping in for expansions, at any rate I’ve seen it twice very recently: cases in L.A. Noire (purchased a la carte) and a two-map expansion pack for Section 8: Prejudice both come in at four bucks. They’re teasing every point in the continuum, trying to see where they get the biggest twitch.

I can help them out, though; it’s Free to Play, like the beachhead Sony’s established on PSN with Free Realms. Sure, it will obliterate your carefully bonsai’d ecosystem. That’s true. But the future’s gotta come sometime.

The current schedule for PAX Dev is now available, and has things on it! Lots of things. But it could have more, and that’s why I’m mentioning it. We won’t be locking down the schedule until June 15th, so there’s still time for you to suggest/submit what you’d like to see. That is precisely the sort of thing you would do here.

bear my body across 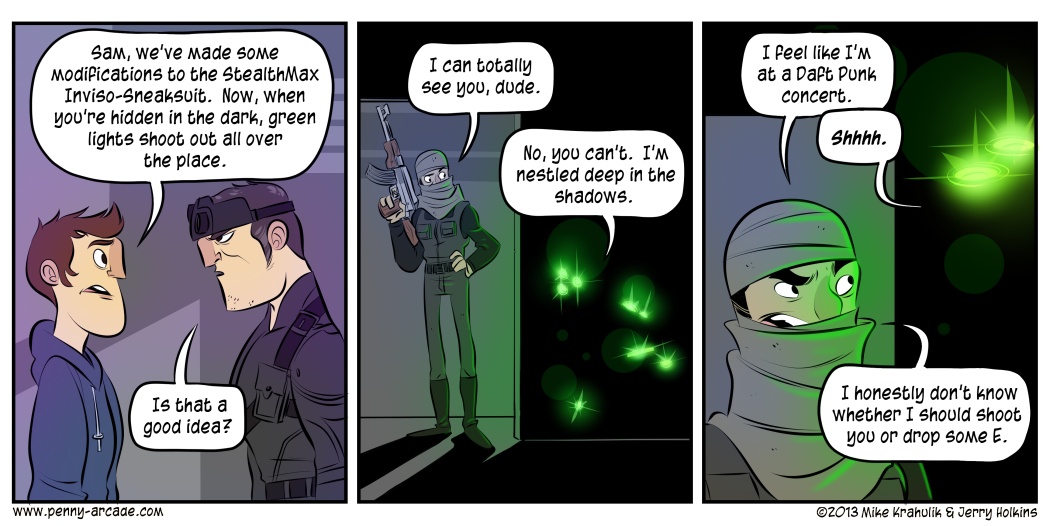