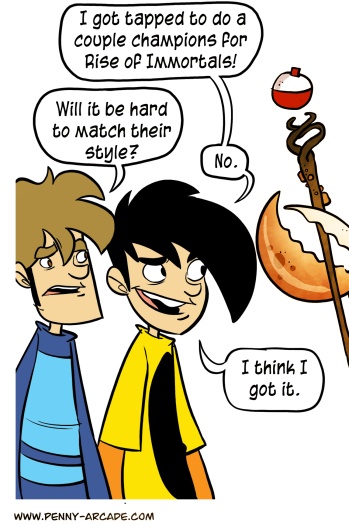 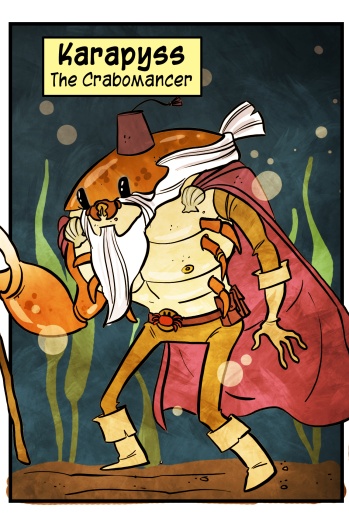 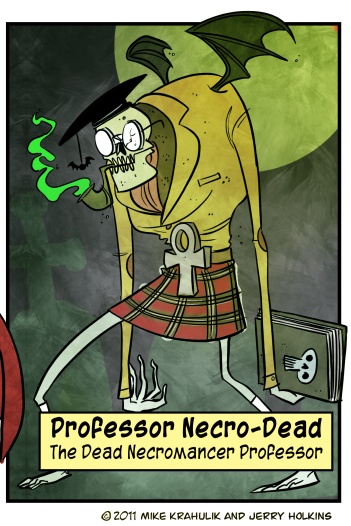 DOTA’s strange heritage - that is to say, its origin as a non-profit knot of distributed design - has allowed this type of game to reproduce in a strange way. The known quantity of that map and the shared controls make it easy to flit from one manifestation of the concept to the another. This is what makes DOTA2 especially dangerous to this space: Valve polish, with no up front costs? Jesus Fucking Christ; it’s the sort of thing that makes you question your life choices.

Because expectations keep the genre so constrained, what largely distinguishes these games is their design sensibility and their roster. Being free doesn’t hurt either, and taken with the familiarity developers of these games try to build in, newly minted genre-enthusiast Gabriel grabbed Rise of Immortals, for in hand.

Gabriel is particularly sensitive to problems with art; they come on like an allergy, and he begins to bat and swing at spectral opponents. I don’t mean they’re Ghost-type, I mean they do not exist. I defer to Gabriel on these matters, as a rule; when I mistook a fire hose for a piece of modern art, I felt that I’d ceded this entire realm.

But, for real, though: some of these dudes they got in there ain’t cutting it. I like Petroglyph; they’ve got tons of good ideas, they just aren’t on display here. All else being equal, and it often is, these entities are is the place where you define your game. We decided to throw our art hats into the design ring to catalyze the process.

I received a communique from the West, at least, I believe it to have been a communique: I saw a bird, and it reminded me that this is the last day you can preorder their Blamimations DVD and get that poster thingy they got. The bird’s peculiar crest seemed to imply that the offer ended tonight, tonight, at midnight PST.

if i do insult you