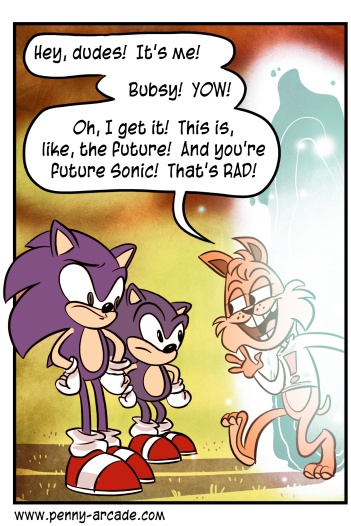 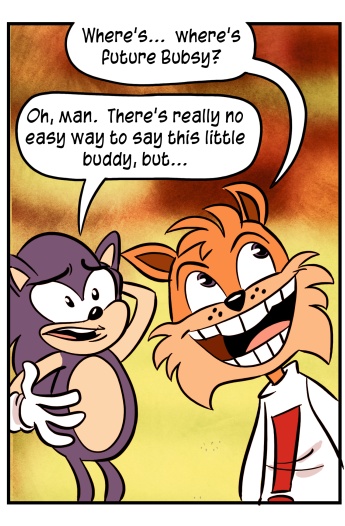 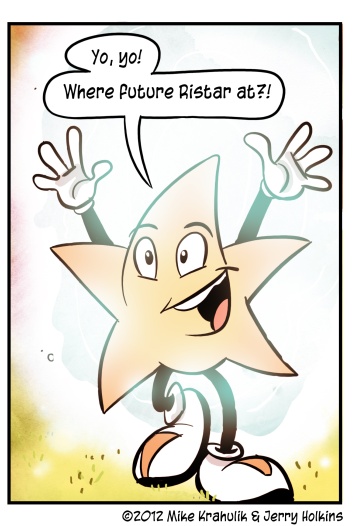 I think I was probably content to let another Sonic game pass over me and through me, until I saw a video review at GameTrailers that used words like "Best" and "Game" and "in Decades," all in rapid succession.

It approaches the whole of the Sonician ouevre via some kind of mystical craw that consumes and regurgitates beings from different times. That's great if you've managed to retain some kind of currency over your twenty-year span, but there's also a lot of cultural shrapnel bound up in that idea, and upon closer examination those irregular hunks are the only legacy of these obliterated mascots.

Vectorman and Gex were also considered for the third panel, but the idea of a tiny, now irrelevant star seemed especially tragic.

Purchasing Uncharted 3 was complicated, but not for any of the normal reasons. My wallet is a source of endless amusement for the tiny Valkyrie that coalesced in my home, it's full of modern totems whose precise function is known but whose power is palpable. These things are occasionally "misplaced." So when you try to buy something with a card that does not exist, when you reach for a sheath that contains no sword, nothing happens. It's cool, I found some money in Robert's desk.

The best, that is to say, the most thoughtful review of the game is Simon Parkin's at Eurogamer. You may know that this review, which scored a mere eight out of ten points, was considered so scandalous that the site allowed the game's lead designer to respond on the site itself. How gruesome and irregular is that? In the future, perhaps they should simply have the lead designer review the game as well; that should head off any unsightly deviations.

i could sell you tomorrow