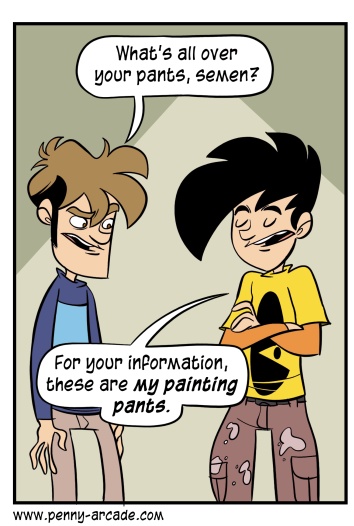 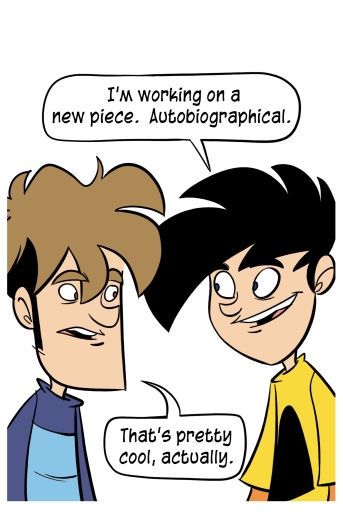 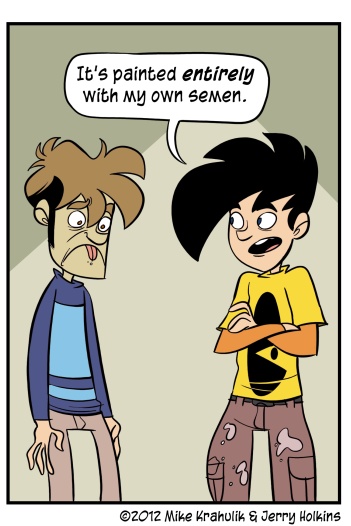 I wore the only sweats I had one day, ancient sweats, because I had to go to the gym and be debased by a man I'm ostensibly paying to improve me. Their coating of wholly undefined materials in the "cream" color spectrum brought me no end of abuse at work, which lead to today's strip. It's here, and that's how we're kicking off...

It's like Shark Week on the Discovery Channel, but with one key difference.

I played through the whole of Assassin's Creed: Revelations on a debug kit, though I understand it was the final version. Having consumed the campaign in its entirety, I didn't know if I was going to purchase the retail game even though I loved the multi last time around. This was until Kiko - our group's other Scout - applied only the slightest pressure.

If you weren't already aware, the multiplayer in Assassin's Creed is very much like the single player game in terms of its traversal stuff, it's meandering throngs, and its ubiquitous hay bales. Except instead of unravelling a multimillenial plot, you're skulking around trying to get one kill at a time while trying to look increeeeeedibly noooooormal.

When you're playing against strangers, in the dark, by yourself, what tends to happen is that people who are much more experienced, much better equipped, and simply better than you in every way penetrate your epidermis, often more than once, and if you're "lucky" you will die with enough time left in the match to die again. It's a lot more fun to play it as performance art, with friends watching closely, amplifying the already omnipresent paranoia. What happens when you enter the same game exclusively with your friends though is that all of the sudden you're playing some latter-day, uparmored version of Hide and Go Seek. I haven't laughed this much playing a game in a very, very long time.