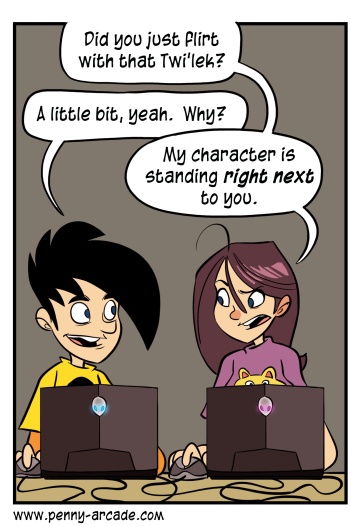 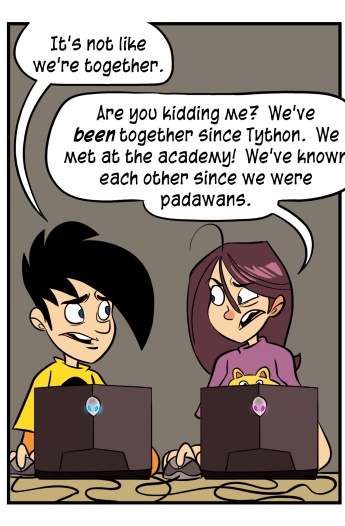 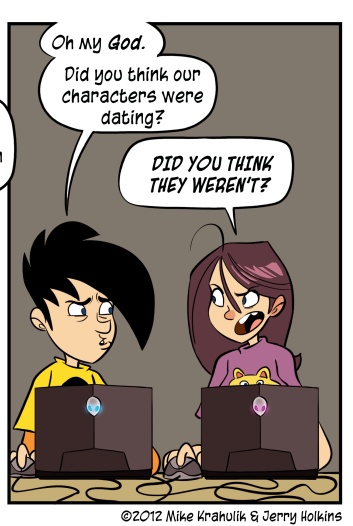 When I make a character in a massively multiplayer game, I tend to "go hard" on the embroidery aspect. That is to say, I like to tart shit up on the narrative front, imbuing landmarks and even world geometry with increasingly fruity elaborations.

Star Wars is the first game to make other people play the way I always try to; when I was getting set up for my first instance, I dropped a little RP while we were waiting for the shuttle and to my utter surprise Gabriel actually took the bait. We ran the whole instance that way, and we were able to do it because the game's dialogue trees have made him think, and occasionally think hard, about who his character might be.

Gabriel told me a story about he and Kara that gets right to it, I think. I have no idea how Bioware intends to keep this up, this level of raw production, but they've already given me several experiences that I've filed away permanently. There's good stuff in there. Not just "good for an MMO." Actually, genuinely good.

There's an incredibly short list of people I trust to tell me the truth about the industry, even if I don't always want to hear it, and Ben Kuchera is on top of that list. You may already be a reader of his at Ars Technica, where he's been in charge of their gaming coverage for... well, ever. Until today, I guess, when I hired him.

We're bringing him on to create industry coverage you can read without holding your nose, essentially; I want a perspective, I want a Curator for the Internet's gaming content. In a couple words, I want something less insulting and disposable.

We used to rail about IGN in our innocence, back when we couldn't imagine anything worse. News is pretty much busted at the moment; you may be shocked to hear it, but deadlines every twenty minutes put you on the wrong side of quality versus quantity. We have a track record of seeing broken things, and making an attempt to fix them; this is our attempt, and Ben is at the core of that. I've wanted something like this for awhile, and so we've begun to make it. Of course, you're welcome to read it as well.

Do you want to meet Ben, figure out what his deal is? He's running a Q&A in the forums now.

what those behind be for 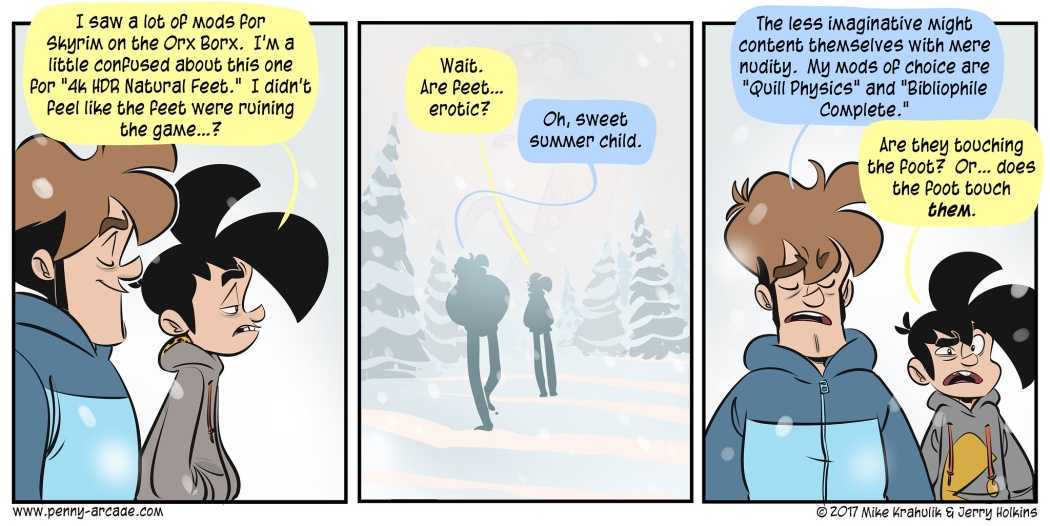