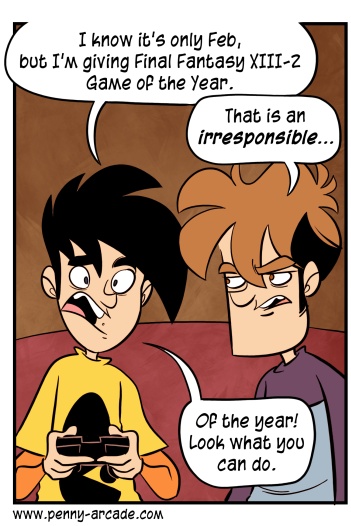 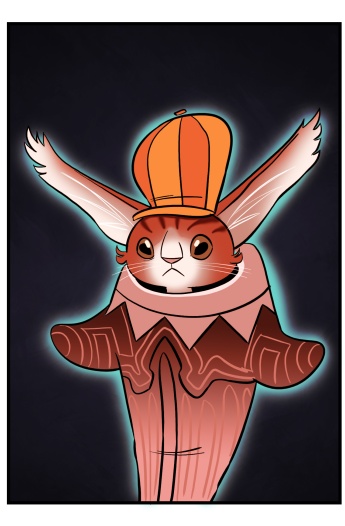 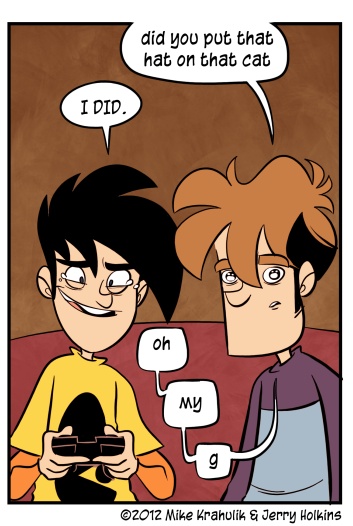 Gabriel played Final Fantasy XIII the requisite number of hours to know that he liked it, and so he was well prepared to like Final Fantasy XIII-2: the XIIIening. He was also well equipped by his previous experience to dominate the game's earliest chapters, as he'd already long mastered the Paradigm system. I never quite got there myself, because I quit too early, and also because I was playing a game that I'm not entirely sure even exists.

I was playing the one where instead of simply calling "plays" in the form of tuned Paradigms you do that and micromanage every Goddamn thing. It's not as fun as the game he is playing. The game he is playing looks pretty good. Plus, well... you know. Be aware that such jaunty caps may also be placed on quadrupedal demons, which is a radical reinterpretation of their cosmological role.

I seem to like new stuff when it occurs in the designated, agreed-upon sector - like the "Free Speech Zones" that accompany fractious political events, I prefer my innovations tidy. You may have picked up on it, but just in case: I don't think this is actually a good thing. I'm simply trying to keep you abreast of my failures as a being. In trying to retain earlier iterations of the series' fiddly menu-swappin's alongside the new ideas, I wasn't able to find something enjoyable. I'll bring it up at my next session.

Having completed Resident Evil: Revelations on Saturday, it became clear just how much of my time I've been spending with my little topaz eclair. I didn't want to stop; I played tons of Pushmo and Zen Pinball just to keep it going.

I'd sort of thought of the 3D as an all or nothing thing, when in practice it's pretty analog. In this new RE for example, I watched all cutscenes in 3D, did the bulk of my exploration in 3D, and much of the combat. Some fights were too frenetic though, and in such cases I would just reach up and slide it off. It helps that 3D wasn't the only thing it had going for it visually: it looks very good actually, even in its absence, which makes me think Snake Eater 3D could be some pretty hot shit. But it's not really mindful anymore, these necessary shifts, it's like adjusting the volume - which has allowed the device to shift in the mind from novelty or obstacle to authentic platform. 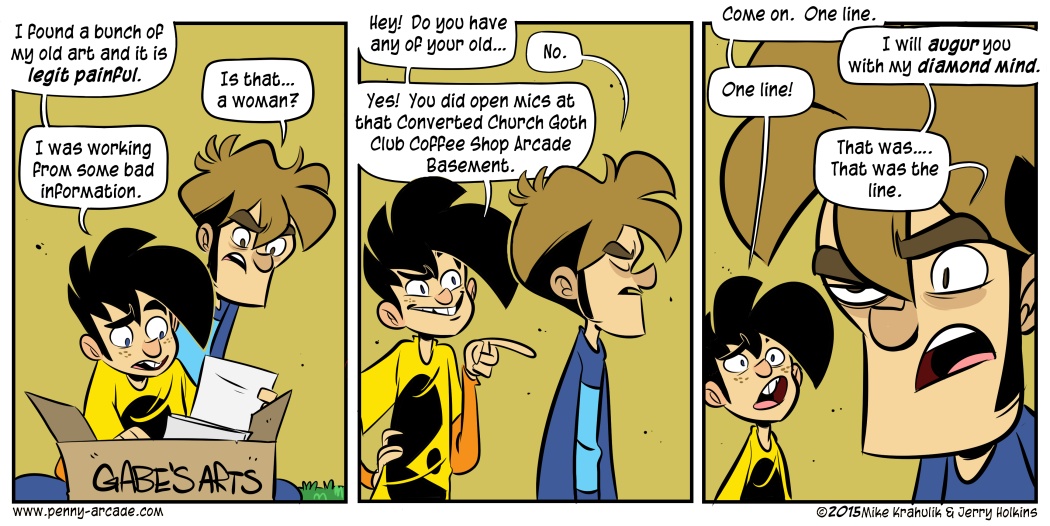