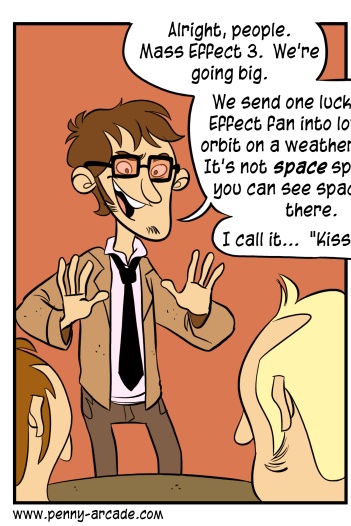 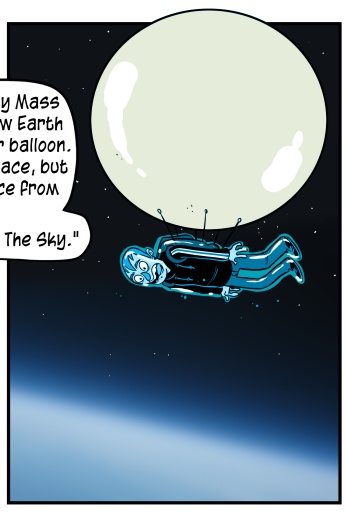 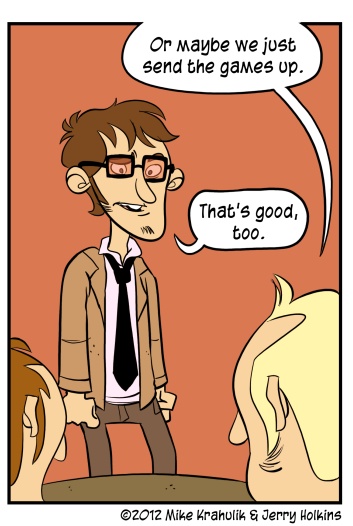 There's some kind of thing going on where EA is attaching things to things and then the things are whatever. It was one of many fanciful ideas, and was chosen ultimately because it had the lowest lethality index.

In another era altogether, I knew a young man who wrote for Voodoo Extreme who went by the name of Eidolon. I thought it was an excellent choice of handle, and I told him so; I tried to be of use to him while he navigated a work environment that grew increasingly strange in the fattest part of the Dot Com Bubble. That young man has since become Manveer Heir, who splits his time between working on Mass Effect 3 and talking almost constantly about a structural concerns in the industry. To say that I'm proud of him sounds insulting, but I don't mean it to be; I'm not saying I'm in a position to confer status. All I'm saying is that "I knew him when."

Anyway, we were talking about Mass Effect 3's multiplayer, and why it does not suck, and why it feels like an actual game and not like the multiplayer cyst which sometimes grows on long-running franchises. I wanted to know how it all feeds back into the single player, and I could have used Google, but I prefer to learn things from people when I can. I thought you might be curious about these connections as well, so asked him if I could post his response.

"As you know, Mass Effect 3 is all about the galactic war with the Reapers. We have designed a system to give players a status update on the state of their personal war as they progress through the game and accumulate war assets so they can take the fight back to the Reapers. The more you succeed in the game, the more war assets you earn and the more prepared you are to enter the final stages of the game.

An addition to this system is the Galaxy at War, which shows the player who controls which territories on the Galaxy Map and gives players an opportunity to enhance the total military strength of the galaxy by participating in optional things like Multiplayer, the iPhone app and the iPad game. You can get best possible outcome in the game by just playing single player if you want, as long as you are willing to do a lot of the side missions and content. However, maybe you only want to do a critical path run of the single player. Well, by playing multiplayer you also increase your galactic readiness rating can affect the final outcome. Using the iPhone Datapad app and the iPad Infiltrator game will also tie into Galaxy at War and update this final rating.

As a result, you can play the game how you want and not be negatively punished if you don’t want to play multiplayer or don’t own any iOS devices. You can do a little bit of all the four pieces and be able to get the best possible outcome. Or you can play a ton of multiplayer and just the critical single player stuff. Or just single player and all the side missions. We designed the system to give players choices, but also tie all the products together in a meaningful way beyond 'unlock a new gun in single player.' Galaxy at War is a really fun, interesting meta-game that is part of Mass Effect 3 and we think players will love it when they get the final game."

He also told me that I should link his twitter feed @manveerheir if you had any questions not covered by the above, which I thought was very nice of him.