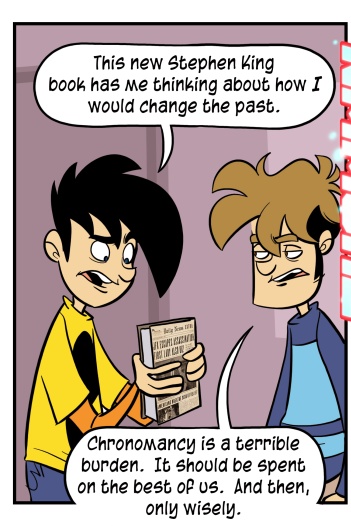 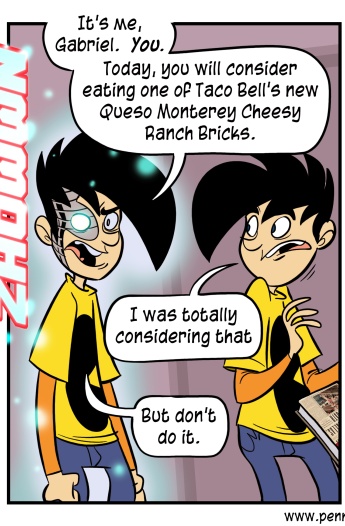 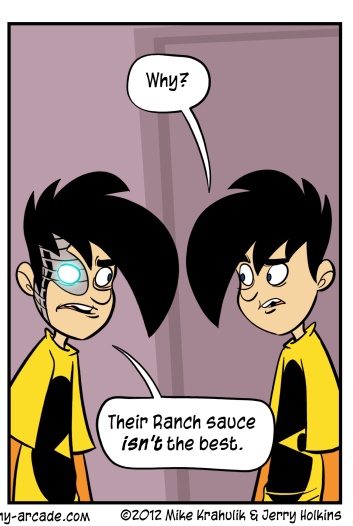 I've talked about David Sirlin a couple times before. I think that if you were to crack open his skull, his brain would look physically different from other brains; I play his games because they're good, but also in an attempt to figure him out. I felt confident that he'd have a useful perspective on the "clonin' fever" that swept the web recently, and I wasn't wrong. He makes a distinction I think is vital, and desperately missing from the utopian/free love model of creative work - what amounts to an Aesthetics Of Cloning. His games Puzzle Strike and Yomi are playable online at FantasyStrike.com.

Regarding cloning, copying, and stealing of game designs: let's get a couple things out of the way first.

Copyrights. Never violate someone's copyright, period. That only covers the verbatim expression of an idea though, not the idea itself. This means don't copy exact art assets, literally identical code, etc. I think we're all on the same page here.

Patents. Game mechanics really shouldn't be patentable. I wrote an article on this, on how far warped the patent system has become since 1793 when Thomas Jefferson first outlined the criteria of a patent to be novel, non-obvious, and useful. In that article you can read about Sega's absurd patent for a game where a car drives in a virtual city with an arrow floating above the car telling you where to go, and where virtual people jump out of the way of the car. Or Namco's absurd patent on mini-games in loading screens. Wizards of the Coast has an absurd patent on cards turning sideways to denote a game state (aka "tapping"). If anything, go ahead and break some patents on game mechanics so this stuff can be struck down in court. These things stifle innovation, not encourage it.

These legal issues were probably not Tycho's real concern here, though. More informally, "is it ok to basically clone stuff or not?" I think it mostly is, and sometimes isn't. The bad guys who do the bad cloning will surely cloak themselves in the quotes from the good guys though. The pro-cloning argument is that it's not even "cloning," it's design. It's creation. It's synthesis. We don't even want Super Mario Bros. to be the only platform game. We want more games that are similar to it because the idea of a platform game was a really cool one. We're also glad that first-person shooters didn't stop at Wolftenstein or something. This is a different concept than releasing a game with literally identical gameplay as Super Mario Bros though.

Quentin Tarantino is one of my favorite examples here. In some sense, he is a "big fat copier." Pulp Fiction really rips off several other films. The glowy briefcase, inspired by Indiana Jones' Ark? Or even more closely from the movie Repo Man. The scene where Bruce Willis stops his car at an intersection as Marcellus Wallace crosses the street right in front of him? That exact situation and framing is from a Hitchock movie (I think? I forget which movie, sorry.) The point is Tarantino mixed those elements and many other "stolen" ones in a way that truly made it his own, that created a totally new experience unlike the works he built on, and we are all richer for it. I want Tarantino's cloning rebirthing to happen, as long as the rebirthed version is different enough and brings its own distinct soul to the table. Today, our remix-culture is even more about this kind of borrowing than when Pulp Fiction was made.

There's another kind of clone that never has even the slightest intention of pulling a Tarantino though. This kind is a blatant cash grab to copy whatever it is as closely as possible. The intent isn't to create a new experience or new way of looking at old mechanics, etc,--it's a malicious (or perhaps blissfully ignorant?) intent instead. Probably Zynga is guilty of tons of this. The Yeti Town people clearly are as well. Yeti Town copies Triple Town down to the smallest detail, making no attempt at all at creating a new experience, advancing the field, or expressing something different. It's not a new soul, it's the same damn soul. Our first step here is to understand the difference between this "good copying" (aka regular development) and "bad copying" (aka without any creative contribution).

This hits closer to home these days than it should. The CEO of one of the biggest board game companies cried foul that my game Flash Duel is not just the bad kind of copying, but that it's actually illegal in his eyes. I think we're all helped by the gaming public being educated about the difference between wholesale cloning and the rebirthing of an idea into something new, so that we can reward creators who use good ideas as a springboard, and shun those who merely clone. It's painful to see someone get it so wrong in this example though.

Flash Duel is an evolution of the 20 year old game En Garde by Reiner Knizia. En Garde had a nice core idea that you use numbered cards like a "5" to move 5 spaces or to attack the other guy if he's exactly 5 spaces away (and he can block with a 5). The thing is, En Garde is kind of boring and there are things about even its very few rules that weren't great to me. The board is too big. The discard pile rule should be public information. If you're 5 away from the guy, you should be able to move forward or backward 5, not be forced to attack. If you can't complete a move (for example you try to move past the opponent and you aren't allowed, or you try to move off the edge of the board), you should move as far as you can, rather than the entire maneuver being illegal. These things alone change the dynamics of gameplay quite a bit. That last rule change actually causes your "1" cards to be more valuable than the other numbers, but that's kind of too much detail to go into right now. When a game has hardly any rules, and you change several of them, you have a different game, is the point.

If I stopped there I'd have had a different game, but still a boring one. To me, asymmetric gameplay is just about the coolest thing, meaning everyone starts with different powers. You know, different "characters" who have different personality and different gameplay, yet they're all balanced against each other. So Flash Duel has 20(!) characters, each with three abilities. There's actually more abilities in Flash Duel that in all of Dominion's base set + a full expansion (compared to 0 characters and 0 abilities in En Garde). I didn't stop there either though. There's a single player mode--with video game-style achievements! There's a 2v2 mode. There's a raid mode where up to 4 people fight a powerful dragon who has 8 abilities of his own. And guess what, I got the idea for that raid mode from the World of Warcraft Trading Card Game. And they got it from the World of Warcraft video game. Which, incidentally, got its ideas from Everquest. Oh, and there's a "traitor" mode too in Flash Duel, in which I try to legitimately advance the field of design with the specific workings of the traitor. I got the idea of a traitor from the board games Shadows Over Camelot and Battlestar Galactica. And in this post I talk about the specifics of how I tried to improve on the information sharing rules common in such games.

So you know, it's quite a rebirth there. And yet that was called clone by someone prominent, not just in the bad sense but in the actually illegal sense. That's a dangerous stance because it would lump in legitimate regular innovation on many fronts (Flash Duel) with the wholesale theft a design (YetiTown). The two are not at all analogous. YetiTown didn't even bother change the cost of 200 turns to be something other than 950 gold like in Triple Town, much less rebirth anything or inject a new soul into anything. I mean, seriously.

In closing, let's touch on the age-old issue of new vs good. New is fun, and we all like new but frankly, a lot of new things suck. It's admirable to try to make new things, and if you manage to make something that's both new and good, we all win. We should really be more concerned with good things, though. Good things often take a lot of tries to get right, and by a lot of people. Counter-strike wasn't the first FPS, World of Warcraft wasn't the first MMO, and Flash Duel wasn't the first...uh, dueling card game thing. Even Street Fighter came from Capcom refining Karate Champ, much to the dismay of Data East's lawyers. But luckily, we have all these things, and I think they're pretty good.