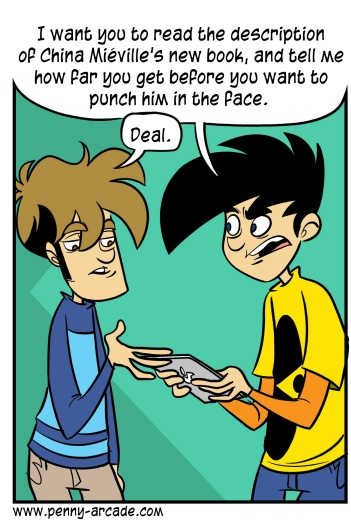 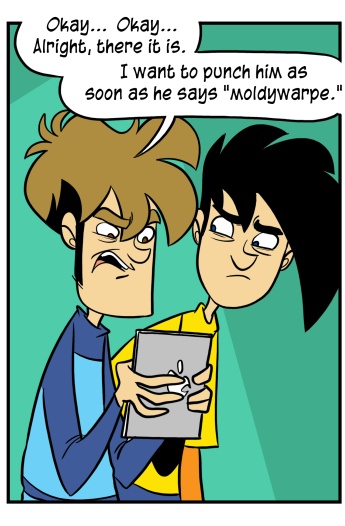 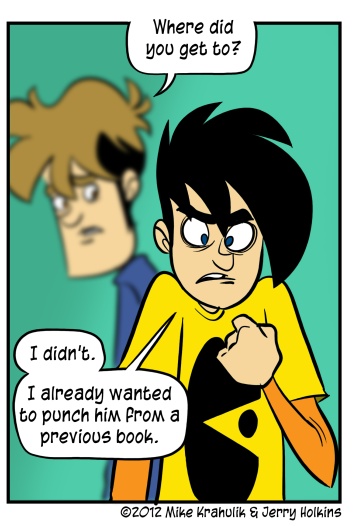 Neal Stephenson was my favorite author for a very long time, and The Diamond Age remains my favorite book, even if I can't read any of his newer books with so much as an approximation of enjoyment.

I should emphasize that when I say "newer books," some of these books are by now quite old: I loved the original Cryptonomicon, but every book past that has been torment. I choked down Anathem from about the half-way point, jaw set, lower teeth pressed hard against the upper, determined not to be defeated. He'd already gotten my money, but I was determined not to lose my honor.

The difference between Neal Stephenson and China Miéville for me is that I never liked the latter, even though I'm supposed to; even though it is simply an accepted fact that people of any cognition whatsoever are turning each page with a shaking hand, ready to receive his next sacred revelation. I own every one of his books, each time thinking this will be the one until his unique ocular drill begins to whir and I must hurl the book across the room or be blinded. This may be the first time you have read on a website that China Miéville is something less than a God; I've certainly never seen it typed, which was reason enough to do it.

In trying to understand what it was precisely I found so intolerable, I recalled a song called "Fit But You Know It" by The Streets. Being smart, or beautiful, or strong, or confident, or epitomizing any other virtue is whatever. But you can push these things, you can grind them into another person, and we have social censure for this kind of behavior. His writing is incredibly smug. I can feel him leering at me through his typewriter, shoulders up, breathing hard. That's when I stand up, walk over to the bookshelf, and place it with the others. No way. We have no shared history; I'm not going to bore through one of these things out of deference to some prior affection. I don't owe him shit.

Apparently he has a book where there are two cities and they, like, overlap. That's what I heard anyway, and if someone else had written it maybe that would matter.

I clicked on the Diablo installer there on my desktop, in the errant way one might pick at a scab; there was no expectation of profit or, indeed, any recognition that I had done so. I was surprised to hear those ancient tones, and then to have it install in its entirety, only to drop me off at a login screen which is not hooked up to anything. So, if you were wondering if there was a plane of anguish more pure than the previous one, the answer is yes.