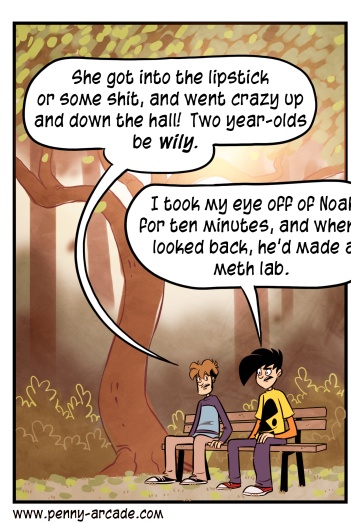 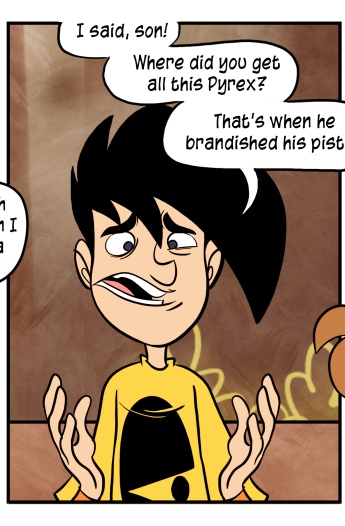 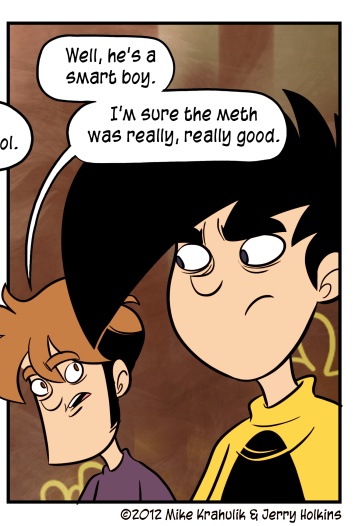 Gabriel's most recently hatched larvae is a brute, a yeti in miniature, whose knack for cataclysm is already refined after two quick solar revolutions. Neither of us have any experience with "boys," our own sons are nowhere to be found in any of the "accepted" young male archetypes, so it's fascinating. Well, fascinating for me. I suspect that for Gabriel and Kara it's more "aerobic."

My own son, who is six, barely recognizes other human beings as fellow sentients; my daughter is already fluent in over six million forms of manipulation. I want to be proud of it, but I can't; it's a little pat for a young girl to express social mastery and an awareness of others' emotional states. This is why I make her fight and kill animals in a deep pit I dug out back.

I recognize that when I tell you about an ongoing work, I'm attempting to commit a certain percentage of your time and total mind - it's not something I take lightly. I mentioned Starshift Crisis seven years ago, because it was made by a Kris that I know. The nepotism was jangling and raw. When it became Starslip Crisis I mentioned this also, though I'm not certain if I marked the hard-to-port maneuver which caused it to become simply Starslip. It's finished now, as in, it ended today, so this recommendation is no longer open-ended: it constitutes a fixed amount of time, which might make it more palatable.

As I have said on previous occasions, the fact that you can get his work for free, in bulk, is an index of our development as a culture, a notch on a doorframe which represents our continued upward growth. Get at it.

Usually it's Gabriel's job to detail our merchandising excursions, but I like this too much to wait. Erika's obsession with hand-drawn typography eventually culminated in this. Holy shit:

It's pure murder. If you like how that looks, we sell a shirt that is very similar (if not identical).

soft as a pillow